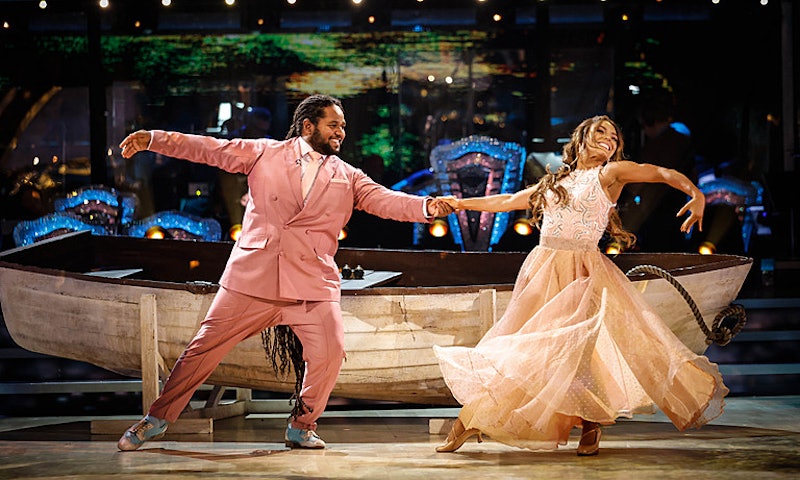 Wildlife expert, presenter, and cameraman Hamza Yassin’s Strictly Come Dancing journey has started in style. After topping the leaderboard in Week 1, his jive with partner Jowita Przystal the following week won even more new fans. But who is the Sudanese-Scottish nature enthusiast, and what’s his story?

Born in Sudan, the youngest of three siblings, Yassin moved to the UK when he was eight after his parents – both healthcare workers – were invited to come and work at the Royal College of Medicine. The family settled in Northampton, but once finished with uni (he studied Zoology at Bangor University) he relocated to the Scottish highlands, and still lives on the west coast now. Though he’s partnered with Jowita Przystal on Strictly, Yassin likes to keep his personal life private, and prefers to post about Scottish wildlife and his latest filming adventures.

“I’d had enough of education and thought, ‘I am going to the place I love the most, the west coast of Scotland.’ I have been here for more than 10 years now,” he told The Sunday Post, reflecting on his move. “It is the longest I have lived in a place. Do I feel like it is home? One hundred per cent.”

When the cameraman and presenter originally moved to Ardnamurchan, he lived out of his car, and his family believed his adventure would be short-lived. Recollecting his dad’s reaction, Yassin said: “‘He will come back to us when his clothes are dirty and he wants more home-cooked food.’ But the phase is nearly 11 years old now, it is not a phase any more.”

As well as being well-known for his filmmaking work, Yassin now has a reputation as a local animal rescuer, and regularly puts his wildlife knowledge to good use by caring for local creatures who have run into a spot of bother. He’s previously posted about providing a perch for a young kittiwake (a type of gull) in need of a bit of TLC, rescuing a bird he found stuck in his chimney, and helping out an injured otter who was abandoned on a beach near his house. On telly, he’s best known for presenting Cbeebies show Let's Go For A Walk, and has also appeared on BBC’s Countryfile. In 2020 he fronted a Channel 4 documentary called Scotland: My Life in the Wild.

When he’s not quietly capturing stunning shots of wild animals – or, indeed, learning to foxtrot – Yassin competes in the Highland Games, tossing the caber and acting as the “anchor” in the tug-of-war. Going to local ceilidhs – traditional parties with dancing and music – meanwhile, helped to cement his love of dance before heading to the bright lights of Strictly Come Dancing. “I love ceilidhs with neighbours, like the 64-year-old down the road who says: ‘Be careful with my knees.’” he said.