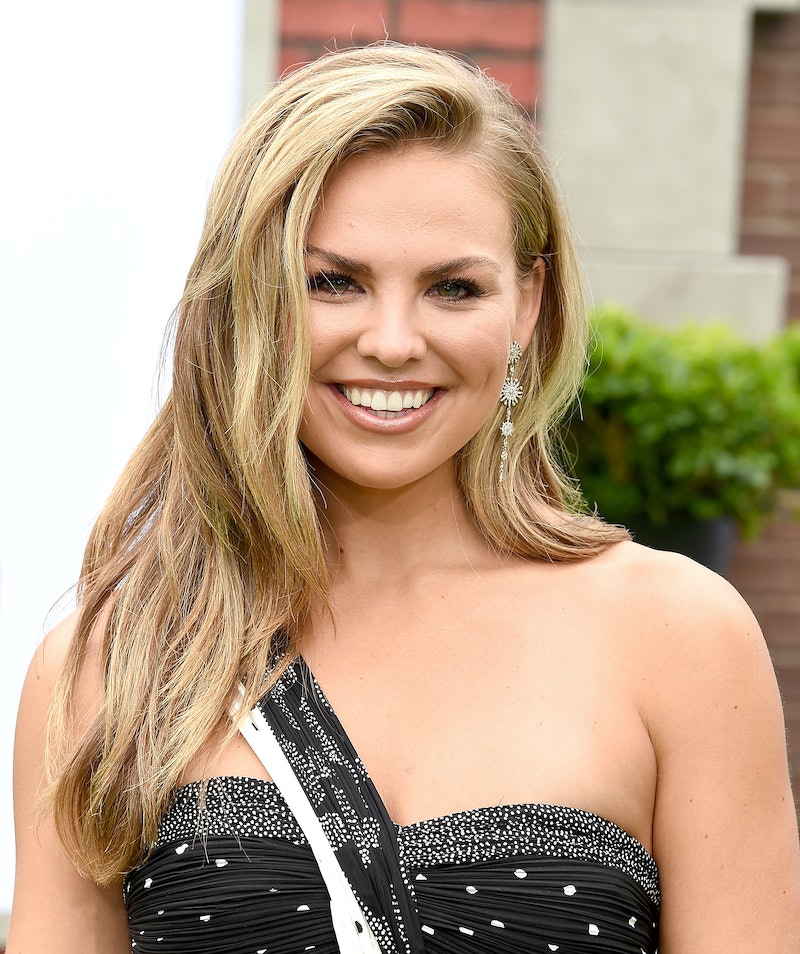 In honor of May’s Mental Health Awareness Month, Hannah Brown watched Prince Harry and Oprah’s documentary series, The Me You Can’t See. Afterward, she told followers via her Instagram story that the mental health-centric project made her feel “a little emotional” because she understood it so well. The former Bachelorette called the five-part docuseries a “great resource,” explaining that its insightful interviews will make viewers “feel so seen and heard” if they also “struggle with any kind of depression, anxiety, mental illness of any kind.”

The Me You Can’t See, which debuted on Apple TV+ on May 21, has Prince Harry and Oprah lead discussions about what it’s like to struggle with mental health. The project includes interviews with everyday people as well as celebrities like Lady Gaga and Glenn Close. In the series, the Duke of Sussex and Oprah also share candid accounts of their own journeys.

Brown, who has been open about mental health challenges she’s faced, praised the docuseries’ creators. “Prince Harry and Oprah guide the conversation so well,” the Bachelor vet said. She added that the show was “really powerful” and “made me feel a little emotional because I could feel all the feelings from it because I understood so much.” The Dancing With the Stars winner also recommended the documentary “for anyone who sometimes has a hard time expressing what it’s like. They do a wonderful job explaining it.”

In October, Brown opened up about having anxiety and depression in an Instagram post for World Mental Health Day. The TV personality revealed that she’d been struggling with mental health from a young age and finally sought help when a doctor asked if she was OK during her junior year of college. “I have made big leaps of progress in healing and understanding ‘its okay not to be okay,’” she wrote in the caption. The reality star said she made it through “with important tools and support to help manage the thoughts and feelings that take over and store within” her.

Brown added that the path to healing isn’t straightforward, noting that she has had setbacks that were “the overflow of not observing, in private, the gradual buildup of the hurtful, impactful emotions” and resulted in “some, more public, relapses of destructive behavior.” The Bachelor alum wished fans well on their own mental health journeys, saying, “You aren’t going to always get it right and you will make mistakes, but you—just as you are, are enough.”