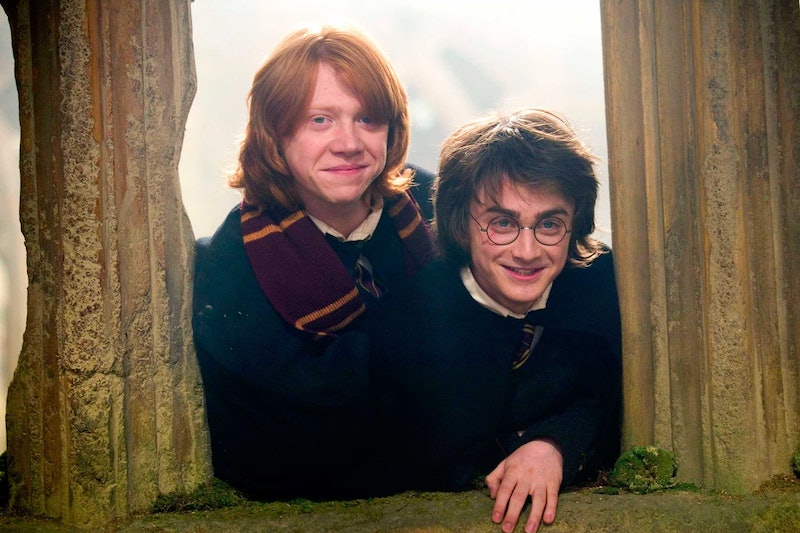 There is no holding back in the Harry Potter 20th Anniversary: Return to Hogwarts special, airing on New Year’s Day. The cast and crew have united to induce intense amounts of nostalgia and guide us through their time on the films. From Emma Watson to Bonnie Wright and Gary Oldman to Christopher Columbus, we hear from the faces that shaped many childhoods. And, of course, this means delving into all the behind-the-scenes moments.

It’s difficult to forget that all the actors grew up on the film set, from their innocent pre-teen days all the way to adulthood — and even international film stars can’t escape hormones. When talking about returning to the film set for the fourth film, Harry Potter and the Goblet of Fire, the cast spilt the tea about how “the film was probably peak hormones”, and we’re here for it.

It looks like no one on-set was immune to the awakening of crushes and relationships. Radcliffe remembered, “if [Watson] was texting a boy or I was texting a girl, I would be like ‘she sent me this many kisses what do I do?’”. This was also around the time Watson “fell in love” with Felton (and Radcliffe was crushing on Helena Bonham Carter!).

Grint certainly didn’t sugarcoat the chaotic vibes of placing a bunch of teenagers on a hot film set, saying: “it was a very interesting film… a lot of hormones flying around”. And Matthew Lewis (Neville Longbottom) reminisced about how “there were a lot of crushes, and people went out with each other and broke up”.

And when you add the element of the gorgeous Beauxbaton and Durmstrang delegations, Radcliffe said: “you had a bunch of hormonal teenagers and then brought in two massive groups of new people, all of them purposefully hot… [in] that film it was all kicking off.”

The plot of itself doesn’t shy away from the matter either, with Harry smitten with Cho Chang, the tensions between Viktor Krum, Hermione and Ron, and the giggly teenage crushes. According to Bonnie Wright, the plot “mirrored all those awkward phases you go through as a teenager… because we were literally having the same experiences”.