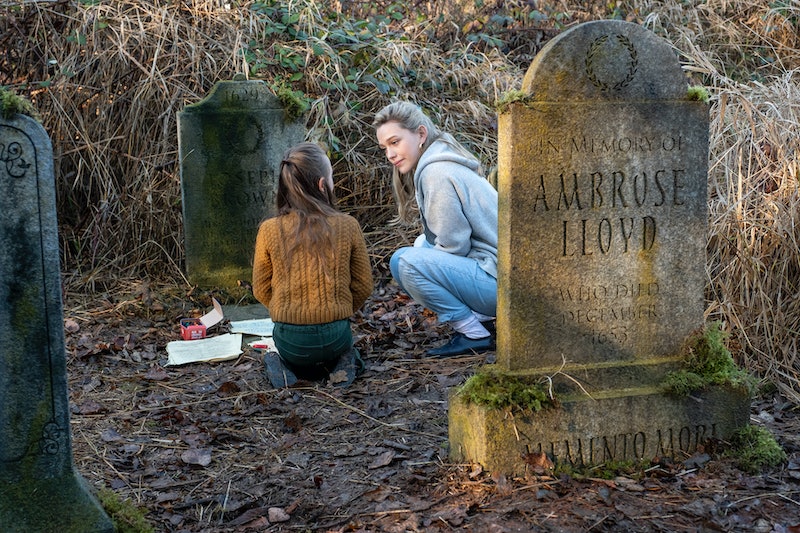 After The Haunting of Hill House debuted in 2018, it wasn't clear if the show would return: though widely acclaimed, the story was pretty self-contained. But now that the series has been adapted into an anthology format for Season 2, The Haunting of Bly Manor, it seems pretty likely that Haunting will come back for Season 3, too.

Netflix hasn't made any official announcements, but Season 2 was part of a multi-year deal Haunting creator Mike Flanagan inked with Netflix. Between the show's critical success and Netflix's commitment to working with Flanagan (whose projects include the Netflix original films Hush and Gerald's Game), there are probably many, many more spooky houses to come.

The anthology format also leaves a world of possibilities for Season 3. Hill House was based on Shirley Jackson's 1959 horror novel of the same name, and Bly Manor combines Henry James' The Turn Of The Screw with a number of his other stories. Here are just a few examples of what The Haunting franchise could cover next.

Flanagan is no stranger to the works of horror master Stephen King, having already adapted two of the author's books, Gerald's Game and Doctor Sleep, King's 2013 sequel to The Shining. Perhaps Flanagan could return to the Overlook Hotel for a future season of his Haunting series.

In Richard Matheson's 1971 novel Hell House, a dying millionaire pays a physicist, his wife, and a couple of mediums to spend a night in the notoriously haunted Belasco House, hoping they'll ascertain whether there truly is life after death. That would be an intriguing set-up for Haunting Season 3, seeing as the demonic presence that resides in Belasco preys on the fears, desires, and psychological weaknesses of those foolish enough to enter its halls.

There are few more famous haunted house stories than Jay Anson's The Amityville Horror. Since its publication in 1977, the book has been adapted into over two dozen films, sequels, and spinoffs — most famously Stuart Rosenberg's 1979 movie and (most infamously) the 2005 remake starring Ryan Reynolds. It would be fun to see Flanagan put his trademark spin on such a familiar tale, which is supposedly based on the true story of a real haunting that took place on Long Island in the early 1970s.

What started as a Twitter story by author David Mitchell (Cloud Atlas) turned into a novel spanning five decades and five interwoven tales, each following victims preyed upon by by the otherworldly inhabitants of Slade House.

In Robert Marasco's 1973 novel Burnt Offerings, the Rolf family is offered a chance to rent a luxurious summer home for a suspiciously low price. There's just one catch: they have to agree to feed the owners' elderly mother, who lives unseen in the house's top floor apartment. And that's only the beginning of the strange circumstances they experience after moving in.

Scott Thomas' terrifying 2017 novel Kill Creek follows four famous horror authors invited to spend Halloween in a supposedly haunted house isolated in the Kansas prairie. What they think will be a cheesy publicity stunt quickly turns into a nightmarish ordeal, as something inside the house is awakened by their presence.

It may seem too soon for another adaptation of Sarah Waters' 2009 haunted house tale The Little Stranger, which was turned into a film starring Domhnall Gleeson and Ruth Wilson only two years ago. But the way Flanagan infused fresh life into Hill House and Turn Of The Screw suggests he would similarly find a new take on this story, which centers around an 18th century doctor called to an English manor to treat its ailing inhabitants…only to become convinced the cause is rooted in something beyond the physical plane.

Mark Z. Danielewski's 2000 novel House Of Leaves is purposefully confounding, following a man who discovers a manuscript about a documentary film that chronicles a family who makes an unsettling discovery: their house measures bigger on the inside than on the outside. An adaptation of the Navidson family, their expanding house, and the monster(?) within would be scary on its own. But in Flanagan's hands, such a layered saga would be even more terrifying and disorienting.