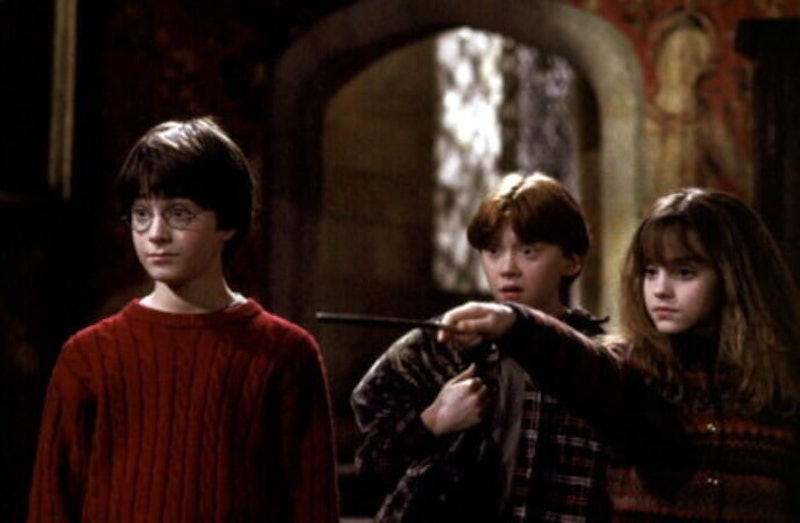 If you haven’t already taken to re-reading and re-watching your Harry Potter book and movie collections over the course of the pandemic, now is the time to get started. A new quiz show special celebrating the wizard and his friends is coming soon, and you’ll want to be prepared. (Maybe you can even lean on your first-hand knowledge from shifting to Hogwarts?) According to a release on the official Wizarding World website, the untitled competition will be paired with a special celebrating the 20th anniversary of Harry Potter and the Sorcerer’s Stone, which first hit U.S. theaters on Nov. 16, 2001. Of course, a lot has happened since then — in both the Wizarding World and our own, where author J.K. Rowling’s offensive comments about transgender people cast a shadow on the series.

Whether you’re playing along from home or actually vying for a spot on the magical special (more on that later), it’s time to accio some knowledge about the ins and outs of the Wizarding World. Here is everything we know about the Harry Potter quiz show special so far, including a possible release date and whether or not the movie actors are likely to return.

How Will The Harry Potter Quiz Show Special Work?

According to the Wizarding World release, the special will span five installments — beginning with four consecutive hour-long challenges and then a “retrospective special” to wrap everything up.

“All Potter fans can gear up for this ultimate one-of-a-kind celebration by embracing their inner Hermione Granger and studying their Wizarding World knowledge,” said Tom Ascheim, president of Warner Bros. Global Kids, Young Adults. “For fans who have always wanted to discover what it might be like to take the O.W.L. exams, this is as close as they are going to get!”

Harry Potter fans age 14 and up can actually participate in the quiz show — casting is happening now on Casting Crane via the official Wizarding World website. The agreement on the site says that pre-production begins “on or around June 21, 2021.” If you are interested in taking part, be sure to brush up on all of your Wizard World knowledge — not just the first movie. According to the release, the quiz series will “celebrate the incredible fandom and their love of the Harry Potter films and stories.” Notice the plurals?

Though the Wizarding World release promised “more news to come,” the possibility of that news being involvement from the film’s original stars, like Daniel Radcliffe, Emma Watson, or Rupert Grint, seems unlikely. For starters, the cast has generally conveyed a sense of moving on from the series — best summed up by Radcliffe, who told Variety that the new films are “doing just fine without us.”

The trio (alongside other Harry Potter stars) have also spoken out against Rowling’s transphobic comments, further establishing some distance from the series. According to The Hollywood Reporter, Rowling is “not directly involved” in the special, but Warner Bros. “collaborated with her team on the content.”

When Will The Harry Potter Quiz Show Premiere?

Though an official premiere date has not been announced, it would make sense for the quiz show and retrospective to air sometime in November to coincide with the actual anniversary of The Sorcerer’s Stone. Plus, the casting announcement confirmed that production wouldn’t start until this summer, so you can likely plan to make your quiz show watch-along a cozy fall event.

How To Watch The Harry Potter Quiz Show

With the current state of Harry Potter streaming rights, it seems like you never quite know where to watch the films. (As of the quiz show announcement, they’re on Peacock!) However, HBO Max is confirmed to be the streaming home of the upcoming special. You will also be able to tune in on Cartoon Network or TBS, “with international viewing plans to be announced at a later date.”

This post will be updated with the trailer, release date, and additional details as more information on the Harry Potter quiz show becomes available.