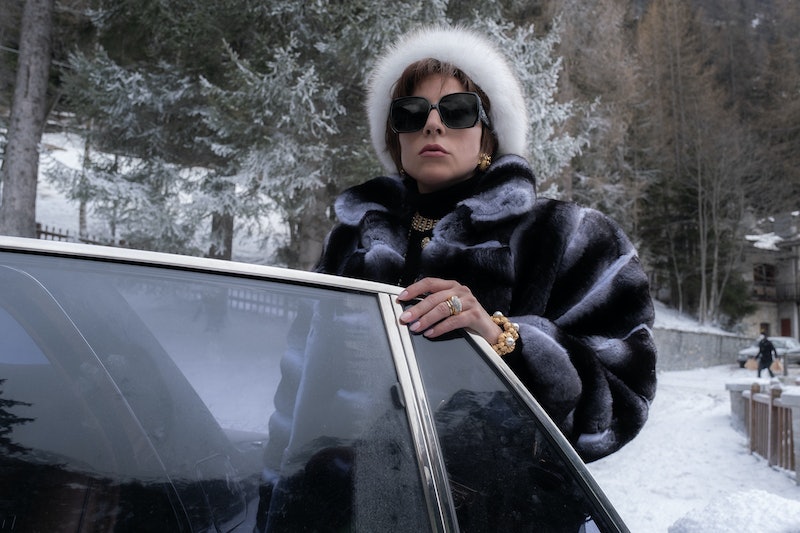 Ridley Scott’s latest drama was one of last year’s most-talked about movies even before its release, in no small part because of its stranger-than-fiction subject matter: the murder of Maurizio Gucci, orchestrated by his ex-wife Patrizia Reggiani. (Well, that and its all-star cast, led by Lady Gaga and Adam Driver.)

So far, House of Gucci has been hit-or-miss with awards season voters, though the film scored three Screen Actors Guild Awards nominations, including Outstanding Performance by a Cast in a Motion Picture. And now that it’s available to stream, the buzz around the film has only grown.

Below, everything to know about how to watch House of Gucci at home.

Where is House of Gucci Available To Stream?

As of now, House of Gucci is available to rent or buy on most VOD (video on demand) platforms, including Amazon Prime, Apple TV+, iTunes, Vudu, and Redbox On Demand. The film was also released on DVD and Blu-ray in Feb. 2022.

House of Gucci is expected to hit Paramount+ at some point, though an exact release date is still to be determined. Likewise, the film may also debut on another streaming service like Netflix or Hulu eventually — but there’s no word yet on when that would happen. Bustle will update this article as more information becomes available.

What Has The Reaction To House of Gucci Been Like So Far?

While reviews have been somewhat mixed on the movie as a whole, there’s one thing (almost) everyone seems to agree on: Lady Gaga knocked it out of the park. Despite being snubbed by the Oscars, the musician-turned-actor received nominations from the Golden Globes, SAG Awards, BAFTAs, and more. Her co-stars Adam Driver, Jared Leto, and Al Pacino have earned praise as well.

But while audiences and critics have gotten a kick out of the film, the Gucci family’s response hasn’t been as warm. Patrizia Reggiani initially signaled approval of Lady Gaga’s casting in House of Gucci, but later expressed her disappointment that she wasn’t consulted. “I am rather annoyed at the fact that Lady Gaga is playing me in the new Ridley Scott film without having had the consideration and sensibility to come and meet me,” Reggiani told Italian press outlet Agenzia Nazionale Stampa Associata in 2021. “It is not an economic question. I won’t get a cent from the film. It is a question of good sense and respect.”

Maurizio Gucci’s second cousin, Patrizia Gucci, also expressed her disapproval on behalf of the Gucci family. “We are truly disappointed,” she told Associated Press. “They are stealing the identity of a family to make a profit, to increase the income of the Hollywood system....Our family has an identity, privacy. We can talk about everything. but there is a borderline that cannot be crossed.”

More like this
11 Movies To Watch At The 2023 Sundance Film Festival
By Chloe Foussianes
North West Will Make Her Acting Debut Alongside Mom Kim Kardashian
By Radhika Menon
Here’s Everything Coming To & Leaving Netflix In February
By Jake Viswanath
Here's How Netflix Should Adapt Prince Harry's Memoir Into A Movie
By Ginny Hogan
Get Even More From Bustle — Sign Up For The Newsletter
From hair trends to relationship advice, our daily newsletter has everything you need to sound like a person who’s on TikTok, even if you aren’t.