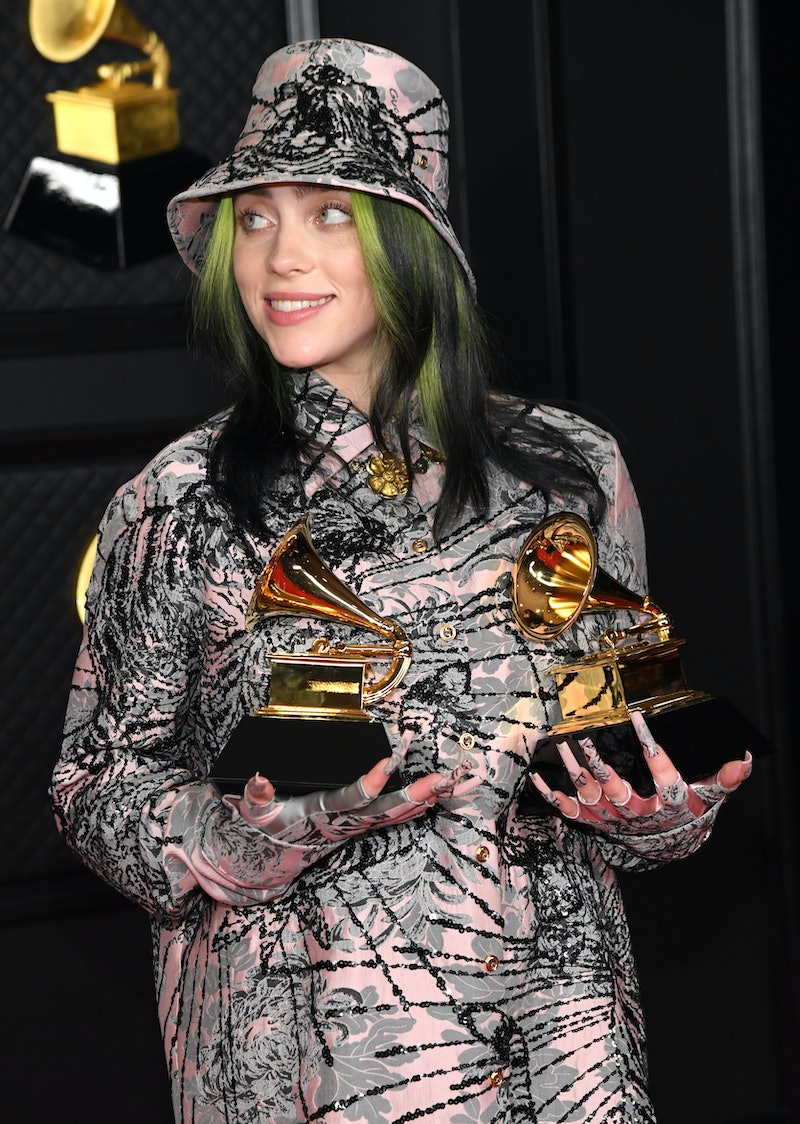 A week later, people are still talking about Sunday night’s chaotic Oscars ceremony. But there’s a new awards show to turn your attention to: the 64th annual Grammy awards, taking place at the MGM Grand Garden Arena in Las Vegas, Nevada on Sunday, April 3. The ceremony — which is airing on CBS — is slated to start at 8 p.m. ET and run for three and a half hours until roughly 11:30 p.m. However, as anyone who has ever watched a single awards show knows, there’s always the chance of a delay.

In addition to the potential of lengthy acceptance speeches eating up time, the Grammys will also feature a whopping 16 performers, including Billie Eilish, Olivia Rodrigo, Lil Nas X, BTS, J Balvin, Carrie Underwood, Jack Harlow, Rachel Zegler, Cynthia Orivo, and Leslie Odom Jr. Elsewhere, Trevor Noah will be taking over the show’s hosting duties for the second year in a row, which means audiences can expect some bits and interludes that could pad the runtime as well.

As the Oscars proved, there’s also plenty of room for unexpected turmoil at a live show. Though the now-infamous slap was pretty unprecedented, the Grammys have seen their own fair share of mayhem over the years, from the time Bob Dylan got “Soy Bombed” by an extra at the 1998 ceremony to when 50 Cent hopped on stage during Evanescence’s 2004 acceptance speech for Best New Artist.

The producers behind the Grammys will likely be on high alert following last week’s kerfuffle, but you can expect to be holed up on your couch for at least three and a half hours if you want to watch the proceedings in full. Maybe plan on an extra 30 minutes for good measure.

More like this
Here's Everything You Need To Know About The 2023 Grammys Runtime
By Grace Wehniainen
Grammys Host Trevor Noah Made Adele's Dream Of Meeting The Rock Come True
By Brad Witter
What Is Mary J. Blige’s Net Worth? The 9-Time Grammy Winner Is Doing “Just Fine”
By Hugh McIntyre
You Can Still Stream The 2023 Grammys Even If You Don't Have TV Or Cable
By Grace Wehniainen
Get Even More From Bustle — Sign Up For The Newsletter
From hair trends to relationship advice, our daily newsletter has everything you need to sound like a person who’s on TikTok, even if you aren’t.