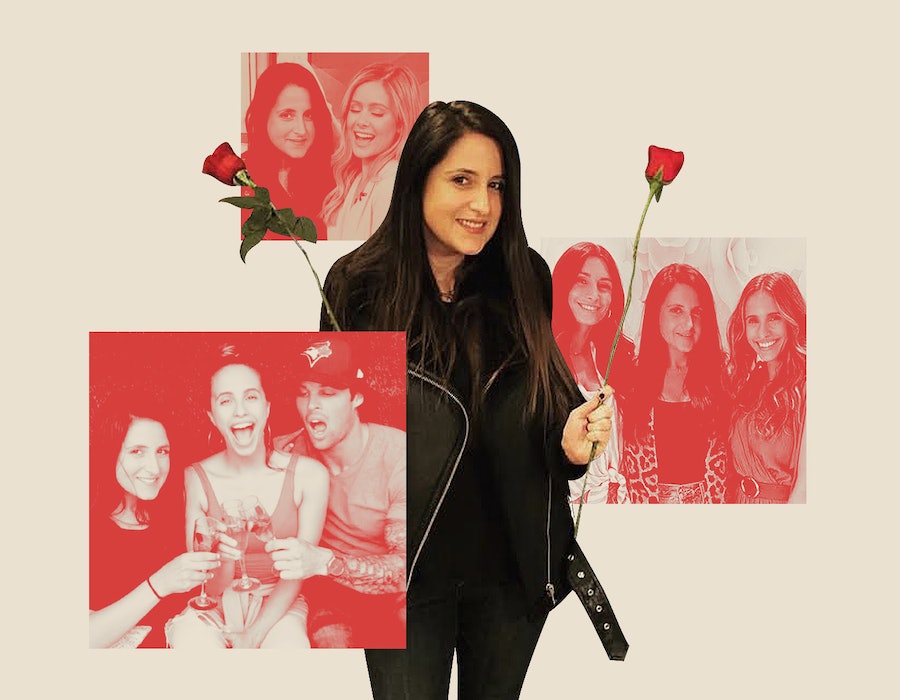 To those who lurk on the Bachelor subreddit, follow the show's tea accounts on Instagram, and participate in the many Bachelor Nation Facebook groups, Lori K is as ubiquitous to the franchise as first impression roses, Neil Lane rings, and Chris Harrison’s catchphrases. There are numerous calls for her to do AMAs on Reddit. Users post full play-by-play summaries of the Instagram Lives she hosts. Whenever former Bachelor contestants start including her email in their Instagram bios, it’s news. There’s even an 800-word conspiracy theory that links her to everything except, as one commenter jokes, the Illuminati.

To an outsider, the idea that a reality TV community follows a publicist who’s never even been on the show with such intense scrutiny might be surprising. But the discourse around Krebs’ role in Bachelor Nation centers on the fact that she behaves differently than what people have come to expect from a publicist. Much of Krebs’ enigmatic appeal comes from the fact that she works both behind the scenes and in plain sight. Just look at her Instagram, where she posts photos of herself hanging out with the stars she represents and celebrating their birthdays right next to pictures of her at home with her kids.

Krebs’ introduction to influencer marketing came by way of an early aughts tabloid staple: Lindsay Lohan. By the late 2000s, Krebs noticed that blogs and social media sites like Twitter were becoming increasingly popular mediums, and saw an opportunity to get celebrities to collaborate with the luxury brands she represented. She offered to pay Lohan to tweet about one of her clients, and the star agreed. According to Krebs, that post, which was one of Lohan’s first-ever sponsored social media partnerships, went viral.

“Many of us are in a fragile state when coming off of a reality TV show. Lori just gets it. She doesn't judge you, but she will push you."

She repeated this tactic working with a number of reality TV stars at the time, including two little-known E! network stars named Khloe Kardashian and Kris Jenner. “When Khloe tweeted, the [brand’s] website crashed,” she recalls. “It was the biggest sales day in its history.”

More importantly, the experience led to a major epiphany for Krebs. “From that moment on, I really began to change my PR strategy to what’s essentially now called influencer marketing,” she says. The Federal Trade Commission hadn’t yet stepped in to regulate #sponcon, and it gave Krebs the ability to experiment. While others in the industry stuck to decades-old methods of public relations, Krebs made sure her contacts included prominent bloggers and people with bigger followings on platforms like Twitter.

How did Krebs go from coordinating sponsored tweets from Lohan and the Kardashians to becoming the dominant PR force in Bachelor Nation? Much to Bachelor conspiracy theorists' dismay, there was no Illuminati interference; it was an accident. Krebs struck out on her own professionally in 2014 after the birth of her twins, and around 2016, she met former Bachelor contestant Wells Adams through an influencer marketing campaign she ran. The two hit it off. Soon after, Adams went on to appear as the wise bartender on several seasons of the show’s hit summer spinoff series Bachelor in Paradise. “Bachelor Nation [is] really like a family. Word travels fast, and they want to help out each other,” she says about how so many Bachelor contestants found her so quickly. “I really think Wells was bartending and put in a few good words for me.”

The Bachelor has long been a topic of fascination given its propensity in the past half-decade for churning out influencers, in no small part thanks to publicists like Krebs. Every season, many of the late-stage contestants see huge bumps in their social media followings, often gaining hundreds of thousands of new followers in a matter of weeks. That, in turn, translates to major dollar signs and stratospheric career opportunities. Mackenzie Newcomb, a manager at the influencer marketing platform Traackr, says that what makes a franchise like The Bachelor so valuable is that people who watch the show may not otherwise be steeped in larger influencer culture; they really do follow because they connect with certain contestants. “[These users] could be avid followers of reality TV shows and stars, but may not be the type to watch YouTube videos from the likes of Nikkie Tutorials or TikTok content from Brittany Xavier,” Newcomb notes. “Partnering with Bachelor Nation influencers allows brands to target a broader demographic of people while still achieving high [return on investment].”

Some publicists or talent managers look to make a quick buck off of a reality star’s sudden catapult to fame, trying to capitalize on the small initial window of time when a newly minted influencer is still actively trending in the news. Krebs, however, doesn’t view relevance as universally fleeting. Instead, she helps former contestants find audiences that match their passions and interests so that they can sustain their platforms for the long haul. “They may not be the most popular member of the franchise at that moment, but they still made a nice niche for themselves,” Krebs says.

"It was a little awkward between Dylan [Barbour] and Blake [Horstmann] when they were both fighting over Hannah [Godwin], I won’t deny that. I was representing all three of them.”

One of the prime examples she brings up is former Bachelor contestant Vanessa Grimaldi, who received Nick Viall’s final rose (and an engagement ring) in 2017 before the pair ended their relationship five months later. Grimaldi, who was a special education teacher in Montreal prior to her stint on the show, hasn’t appeared on any of the franchise’s other offerings over the four years since her season aired, but has used the platform she built through The Bachelor to become an influencer (she has over 700K Instagram followers) and found the No Better You Foundation, which advocates for classroom inclusivity for people with disabilities. Working with Krebs, she’s used the “influencer” label to focus on amplifying work she cared about long before the show.

Krebs’ empathy, Grimaldi says, is what she believes makes her a particularly effective publicist in a market filled with ruthless opportunists. “Many of us are in a fragile state when coming off of a reality TV show. Lori just gets it,” Grimaldi explains. “She doesn't judge you, but she will push you. She will encourage you to see the good that's come out of it, because there is so much good, but when you're in a constant state of anxiety, it's hard to see it. She will call you and check in on you. She will be your friend and will continue to have your back.”

Hannah Godwin and Dylan Barbour, a franchise power couple who got engaged on Bachelor in Paradise in 2019, signed separately with Krebs after appearing on their respective Bachelor and Bachelorette seasons and first met through her before ultimately exploring their romantic connection on Paradise. “I wanted to work with someone that I felt understood what I was going through, believed in my dreams as much as I did, and most importantly, felt like a friend,” Godwin says. “There’s a huge component of trust in this industry that’s hard to find, and I luckily found it through Lori.”

While Redditors and other social media commentators might mock Krebs’ closeness with franchise contestants, her clients see this as what sets her apart. “Something that I’ve never talked about before is how close Lori is with my mom,” Godwin says. “They talk about life, work, [and] family every week or so. Lori isn’t only a huge part of my business and opportunities, but she’s seriously like family. I think that’s what’s so hard to come by in this industry. She makes this whole crazy ‘in the spotlight’ thing feel more normal. She sees us for us in our good days and our bad days.” Godwin’s fiancé Barbour feels the same. “Lori is a realist, and she’s extremely organized in an inherently unorganized and wild industry,” he adds. “She also gets that no client is the same, so she tailors the strategy to each individual client.”

Being a hands-on publicist in a niche market does come with its unique challenges. Krebs not infrequently represents multiple clients within a TV franchise who may be feuding, dating, or breaking up with one another at any given time. “This happens more often than I’d like it to,” she laughs. “In Bachelor in Paradise, it was a little awkward between Dylan [Barbour] and Blake [Horstmann] when they were both fighting over Hannah [Godwin], I won’t deny that. I was representing all three of them.” For Krebs though, that’s just par for the course. “I just keep it professional and nip it in the bud right away. I make it clear to my clients that I have my own individual relationships with each one of them,” she explains. “I won’t bad mouth one to the other, I won’t pick sides, and they understand that.”

The influence of a publicist can often be hard to quantify. There are some tangible measurements, like the fact that that practically all of Krebs' clients have maintained high engagement on their social media followings even years after leaving their respective franchises, according to data from Traackr. But on the qualitative side, PR is all about getting audiences to talk and stay talking, no matter what they're talking about. About a year ago, Krebs answered a question during an Instagram Q&A asking how she felt about the fact that people were cruel to her and her clients on platforms like Reddit. "The majority of my clients and myself don't read it or try not to," she wrote. "[Redditors] think they have all the facts figured out when really they know very little about the situation or person." Redditors scoffed at what they claimed was Krebs' own self-importance — and then proceeded to dissect her answer for another 100 comments.