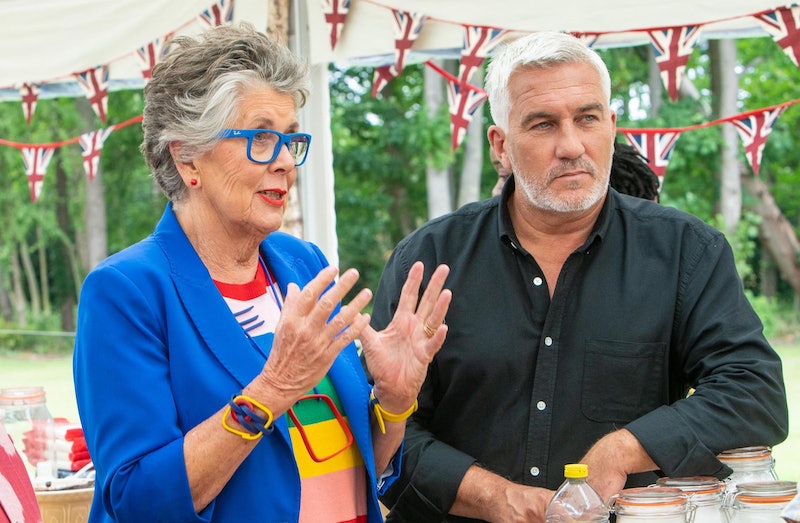 The Great British Bake Off has become a British institution, and each week millions of viewers tune in to drool over the contestants' baking efforts. And overseeing the whole process is judges Paul Hollywood and Prue Leith, who are on hand to share their words of wisdom and offer honest critiques. But the question is, how much are The Great British Bake Off judges paid for their efforts? It's the best job in the biz, and we assume it has a salary to match.

Well, going by reports from Metro, our assumptions are correct. According to the newspaper, Paul Hollywood was set to earn a total of £1.2 million during the first three series on Channel 4, which works out at £400,000 a year. That's a pretty big pay rise when you consider Hollywood was reportedly earning less than £100,000 per series during his seven-year BBC stint, which, although very respectable, is a far cry from what the Liverpudlian is raking in now. The current season is the third in his three-year contract, so what he’ll sign his next contract for is anybody’s guess.

Although the exact details of Leith's official salary have been kept under wraps, The Sun reports she takes home a paycheck of £200,000 a series. It's a lot less than Hollywood's rumoured amount but still three times more than what former judge Mary Berry is said to have earned while appearing on the BBC addition, so at least that's something.

And Leith seems very happy with this salary compared to what she was paid for some of her previous roles. Speaking on the Come for Supper podcast, the British-South African baker told host Alexandra Dudley that, thanks to Bake Off, she can now afford to hire help when producing her cookbooks. “I now have somebody who tests recipes for me,” she said, which allows her to focus on her writing.

Speaking of Sandi and Noel, viewers might be interested to know what the hosts are reportedly earning also. According to Metro, the pair earned the same as Leith – £200,000 each – when appearing together on the show. Toksvig confirmed that her and Fielding were on a level playing field when it came to salary: "Noel and I have complete parity. We're open and transparent about everything, which is the best way to avoid problems," she said in an interview alongside Fielding with the Mirror. However, when Toksvig left the show in January 2020, Fielding received a reported £150,000 pay rise, according to The Sun. GBBO’s latest presenter Matt Lucas’ salary hasn’t been reported on yet. Bustle has reached out to Love Productions for comment on the judge's and host's reported salaries, but have not yet heard back.

You may also now be wondering what the contestants – and indeed the winner – of the show earn for their hard work throughout the series. Put simply, the answer is nothing. But it could be argued that the real prize is the opportunity to be on the show and the exposure that comes with it. Former contestants such as Nadiya Hussain, Liam Charles, Edd Kimber, and Ruby Tandor have gone on to publish books, appear on podcasts, and host TV shows.