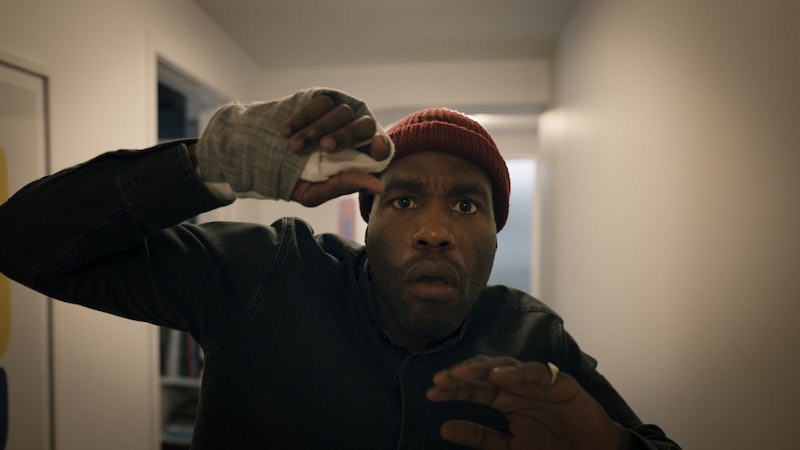 How scary is Candyman? It’s pretty terrifying — but for whom exactly?

Candyman (2021) producer and co-writer Jordan Peele knows how to make good horror. His Oscar-winning 2017 film Get Out, infused with contemporary social issues, more or less shifted this genre. What made Get Out different from other movies was how these social issues — namely racism against Black people in the United States — became the horror through merging both elements as one. Peele and director-slash-co-writer Nia DaCosta do the same in Candyman, but whether or not it’s been done effectively has been split from those the film is intended to serve.

Candyman operates as a sequel of sorts to Bernard Rose’s 1992 film of the same name. In that version, actress Virginia Madsen stars as Helen Lyle, a white student writing a graduate thesis on urban legends. She learns of the “Candyman” legend that’s linked to Chicago’s Cabrini-Green housing projects: Say “Candyman” in the mirror five times, and he’ll kill you from behind. During the early stages of her investigation, Helen meets Anne-Marie McCoy (Vanessa Estelle Williams, who reprises her role in DaCosta and Peele’s sequel), a Cabrini-Green resident and single mother of Anthony, her infant son. The Candyman wants Anthony for himself and uses Helen as a scapegoat. While Helen is able to save and return Anthony to Anne-Marie, she’s burned alive in the process. The Candyman also dies by fire — or so we think.

Fast forward nearly three decades, and Helen’s story is told as an urban legend through shadow puppets (created by Manuel Cinema) in the beginning of Candyman (2021). Anthony (Yahya Abdul-Mateen II) is a semi-established painter living with his art dealer girlfriend Brianna (Teyonah Parris) in a now-gentrified Cabrini-Green. Starved of inspiration and approaching a deadline, Anthony uses the neighborhood’s gentrification as fodder for his next project. He learns about the Candyman from William Burke (Colman Domingo), a neighbor who encountered the eponymous phantom in his childhood. William tells Anthony that Candyman was a Black painter named Daniel Robitaille, who was publicly and brutally lynched when his affair and subsequent child with an aristocratic white woman were discovered. William explains that “a story like that … a pain like that ... lasts forever.” Candyman isn’t just Daniel Robitaille, though — he represents the lineage of Black Americans affected by racial injustice and brutality. Candyman exists, as William says, as a way to “deal with the fact that these things happen. That they’re still happening.”

One of Candyman’s more polarizing themes is how realism becomes the source of terror. Sure, there are jump-scares and grisly scenes that will nauseate viewers, like a bee sting on Anthony’s hand that eventually infects the right side of his body. But the real horror seems to be based on how intergenerational trauma manifests in marginalized communities. By making it so, DaCosta and Peele give Candyman a clearer, more justifiable motive: centuries of inequality that warrant as many years of vengeance. It’s not necessarily this reasoning that’s raising eyebrows; rather, it’s how these ideas are oversimplified and amplified to make them more digestible for non-Black audiences.

In a panel discussion released by Universal Pictures last week titled “The Impact of Black Horror,” Peele explained that the “perpetualness [sic] of racial horror doesn’t go away.” Instead, much like Candyman himself, “it changes shape and it changes form.” Writer and academic Tananarive Due, who specializes in Black horror, praised how the film conveys the trauma of racial violence without re-traumatizing its audience, like the decision to use puppets to recreate Daniel Robitaille’s murder. She asserts that the film “reclaims this trauma, but in a way that is soothing and healing and empowering for us.” Others in the panel nodded approvingly.

But some reviewers are slamming Candyman for the same reasons Due and many film critics applaud it. Writer Angelica Jade Bastién noted in her Vulture review that Candyman “is the most disappointing film of the year so far, limning not only the artistic failures of the individuals who ushered it to life, but the artistic failures of an entire industry that seeks to commodify Blackness to embolden its bottom line.” Chicago-based writer Robert Daniels wrote in Polygon that Candyman is “modernized for the wrong audience,” as well as “cluttered, preachy, and not nearly scary enough.” And while no writer, professor, or filmmaker can speak for an entire community, the commentary does beg an interesting question: What happens when a film’s target audience doesn’t believe they’re the target audience?

By the end of the movie (spoiler alert), Anthony’s hand is replaced with a hook. He sports Candyman’s iconic fur-lined coat. He’s murdered by police and becomes Candyman. He spares Brianna’s life (but not the cops’) and instructs her to “tell everyone.” The cycle continues. Ultimately, Candyman is a good horror movie that should be judged as nothing more than a good horror movie. And while DaCosta and Peele’s attempt to mend a colossal systemic problem within a two-hour film deserves some praise, it’s still catered to those who aren’t as fiercely affected by the very system it critiques.

If you’re looking for an adrenaline-rush, Candyman is absolutely worth watching. But don’t rely on it as anything more than Hollywood entertainment.