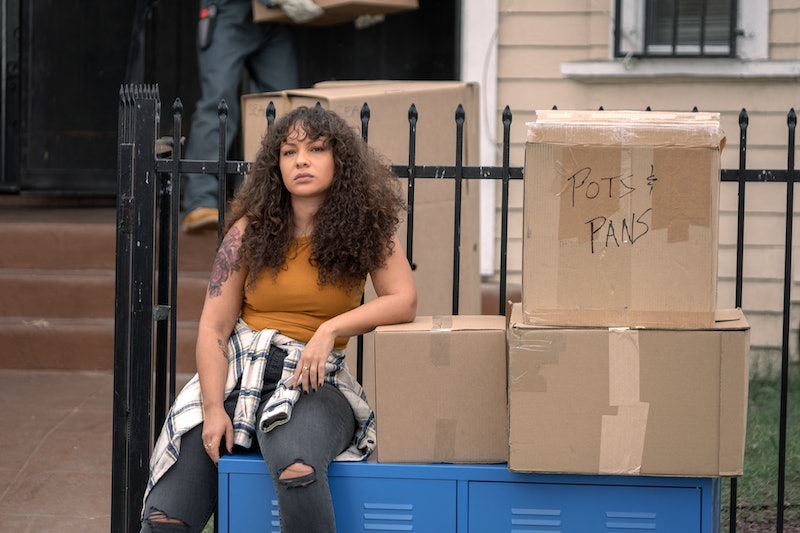 Starz’s new Blindspotting TV show picks up six months after the events of the original 2018 movie of the same name, but puts a new character in the spotlight. Instead of focusing on best friends Miles (Rafael Casal) and Collin (Daveed Diggs), the adaptation centers on Miles’ girlfriend Ashley (Jasmine Cephas Jones) as she learns how to care for their son Sean (Atticus Woodward) as a single mother following Miles’ arrest. Though Ashley did have a minor role in the film, the series — which features her living with Miles’ mother and sister — is very much her starring vehicle.

Co-writers and executive producers Casal and Diggs, meanwhile, were largely only involved behind the scenes. Though Miles makes appearances throughout the show’s eight episodes, Diggs’ Collin is entirely absent. Instead, new characters including Janelle (Candace Nicholas-Lippman), Earl (Benjamin Earl Turner), and Miles’ mom Rainey (Helen Hunt) and sister Trish (Jaylen Barron) round out the cast.

As Casal recently explained to TooFab, he and Diggs decided that they would bring Miles and Collin into the show’s universe only “when it makes sense.” “We’ve joked but I think we mean it, 10 minutes into the first episode you’re just not asking where Miles and Collin are,” he said. “You're immediately lost in these new characters.”

That approach allowed them to explore the social issues they covered in the movie — like the gentrification of Oakland and the cruelty of the criminal justice system — from a new angle. “We knew that, one, we needed to clear a bit of a path Jasmine to be up front and really for the rest of the cast to be up front, and so we made the decision early on that we wanted to talk about what it’s like for the families of people who go into prison because we have a lot of friends and families who've done that,” Casal added. “We were like, ‘We're not gonna go into jail, we're going to stay with everyone outside and that'll give us access to a bunch of characters bonded by an incident that they all have a different perspective on.’”

Describing the series as “a comedy that is very funny but deals with a lot of important issues,” Cephas Jones, who also serves as a producer, said she was thrilled to portray a more fleshed-out version of her film character. “I’ve seen the show go through right from the beginning all the way to what it is now,” she recently told Essence. “To be a part of it creatively and be seen and heard and have creative control over Ashley in a way that I’ve never really had, has been amazing. I’ve learned so much through this process.”