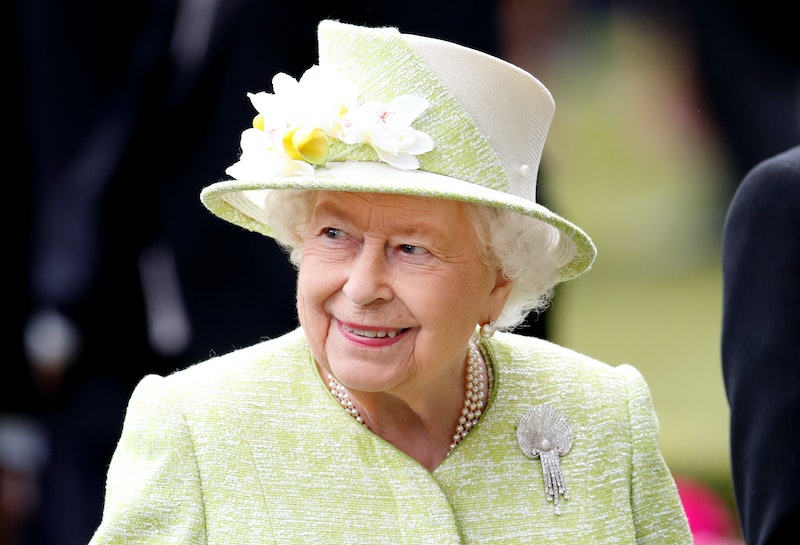 Each Christmas, Queen Elizabeth, and the royal family enjoy a full schedule of traditional family events leading up to New Year's Day. However, the rest of the country (and world), they'll have to make significant adjustments due to the pandemic. So how will the royals spend New Year's Eve this year?

For the first time in 33 years, Her Majesty and Prince Phillip will remain at Windsor Castle for a quiet Christmas and New Years' Eve. Buckingham Palace announced that the Queen has decided to cancel Christmas at Sandringham due to COVID restrictions. "Having considered all the appropriate advice, the Queen and the Duke of Edinburgh have decided that this year they will spend Christmas quietly in Windsor," the a Buckingham Palace release read.

Normally, the royals spend Christmas and New Year at Sandringham House, The Queen's country estate in Norfolk. Her Majesty and the Duke of Edinburgh stay in Sandringham until the anniversary of her father, King George VI, death on Feb. 6.

The Queen and Prince Philip started spending the festive period in Norfolk back in 1988 and are usually joined by Prince Harry (Meghan Markle joined the first year they were wed), Prince Charles and his wife Camilla, Prince William, Kate Middleton (although they alternate holidays between her family and his), Peter Philips and his wife Autumn, Zara Philips and her husband Mike Tindall, and all their great-grandchildren.

Per The Express, The Queen hosts a NY party for the whole family and always rings in the New Year at midnight. After she heads to bed, and other members of her family and invited guests are permitted to go sleep. The following day, Her Majesty and Prince Phillip attend St Mary Magdalene Church — there is usually a procession of royals walking from Sandringham House to the church as members of the public look on.

On New Year's Day, Queen Elizabeth gets to enjoy horse-riding events and a pheasant hunt (it's not confirmed how involved the Queen is, mind).

It's unclear whether the wider royal family will be able to visit the matriarch throughout the entire festive period this year. It was reported that the Prince of Wales and the Duchess of Cornwall will be at Highgrove on Christmas Day, however, it was hoped they would be able to visit Her Majesty at some point.

Last week, London and much of South East England was moved into Tier 4 and people in these areas are only be allowed to celebrate Christmas with members of their own household and support bubbles. They also aren't allowed to travel to other tiers to see family and friends. It was initially thought that there would be a five-day relaxation period between December 23 and 27, however, that has now changed.

As for Prince Harry and Meghan, they are expected to celebrate Christmas and New Year's Eve in sunny Los Angeles with baby Archie.