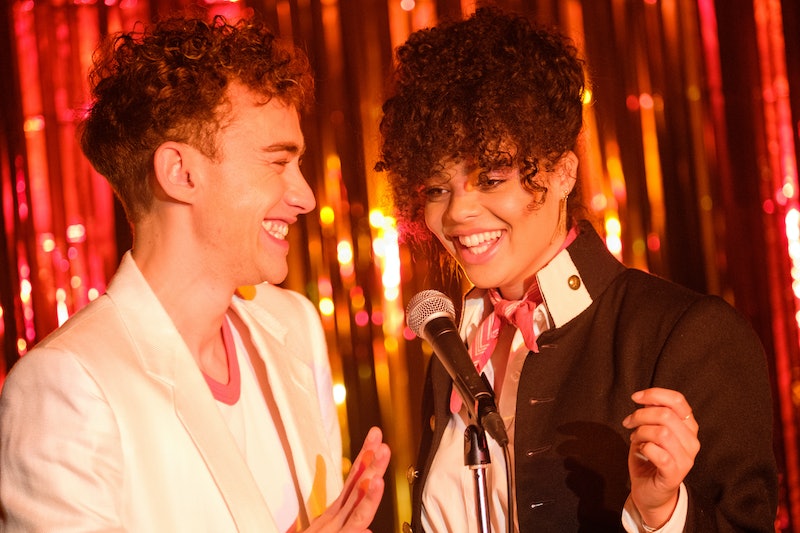 Set in the 1980s, Channel 4’s It’s A Sin roots itself in the music of the decade. The show itself is named after one of the ‘80s most well know tracks, after all. From the likes of Wham!, Culture Club, Eurythmics, and Queen, streaming services have compiled playlists so you can listen to the songs featured in It’s A Sin on repeat.

There are two playlists available to stream on Spotify and Apple Music, with ‘It’s A Sin’ by the Pet Shop Boys leading both. They also feature tracks like ‘Freedom’ by Wham!, ‘Karma Chameleon’ by Culture Club, ‘Sweet Dreams (Are Made of This)’ by Eurythmics and ‘Tainted Love’ by Soft Cell. The playlist includes some of the show’s more emotional tracks, including ‘Everybody Hurts’ by R.E.M., ‘Who Wants To Live Forever’ by Queen, and ‘Love Will Tear Us Apart’ by Joy Division.

Olly Alexander, who plays protagonist Ritchie Tozer, and his band Years & Years also feature on the playlist, covering ‘It’s A Sin’. “I’ve always loved the iconic Pet Shop Boys and this song’s expression of the gay experience,” the actor said in a statement (via MSN). “My character Ritchie loves this song too so I’m really excited to put out our own version. I made this mostly from home just me and my piano so it feels pretty raw and exposed, it’s a really beautiful song to sing.”

A portion of the proceeds from the song will be donated to the George House Trust, a charity that “provides services to people living with, and affected by, HIV.” The show’s creator, Russell T Davies, is a patron for the charity, and used its archive footage and telephone calls in pre-production and “put some of that on screen,” he told the Manchester Evening News. “Mainly it was an act of remembering because I was actually there and I saw those people and knew those people and loved those people.”

More like this
Eurovision Has Been Given A Whole New Look Ahead Of Its Liverpool Debut
By Bustle UK
Yes, 'The Price Of Glee' Is Available To Watch In The UK
By Catharina Cheung
Con O'Neill Was Connected With Sarah Lancashire Long Before 'Happy Valley'
By El Hunt
'The Catch' Revisits A Famed Irish Filming Spot From 'The Tudors'
By Darshita Goyal
Get The Very Best Of Bustle/UK
Sign up for Bustle UK's twice-weekly newsletter, featuring the latest must-watch TV, moving personal stories, and expert advice on the hottest viral buys.