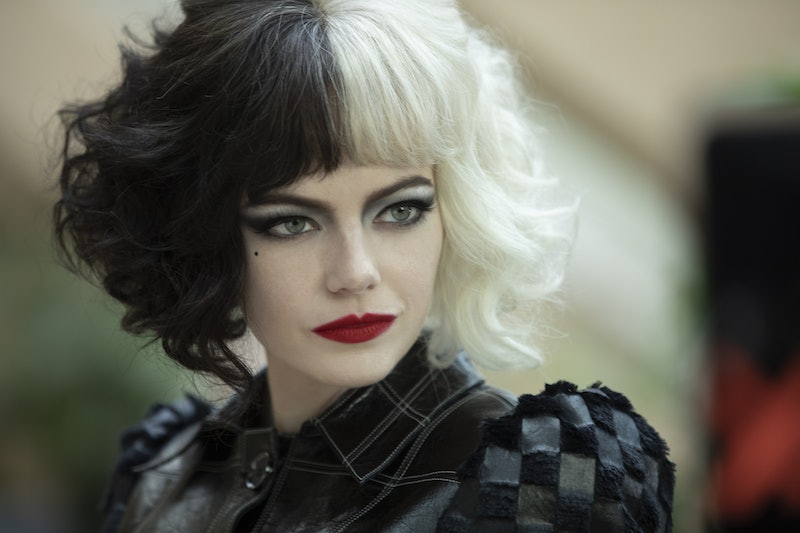 Incredible news for anyone who loves killer hair and makeup looks, villain origin stories, or even just movies with dogs in them: Cruella is available to stream on Disney+. When the Emma Stone-led 101 Dalmations prequel first premiered in theaters on May 28, viewers were given the option to stream the film at home for $29.99 with Disney+ Premier Access. Now, subscribers can enjoy the movie as many times as they’d like without paying an additional fee, so it’s a fantastic time to sign up for Disney+ if you haven’t already.

Set smack dab in the middle of the punk rock revolution in 1970s London, Cruella tells the story of how an aspiring fashion designer named Estella transformed into the notorious (and incredibly chic) villain. After impressing legendary designer Baroness von Hellman (Emma Thompson) with her skills, Estella gets the opportunity to embark on the fashion career she’s always dreamed of… until a complicated turn of events reveals a reason for Estella to seek revenge. Along the way, there are plenty of hilarious one-liners, sartorial decisions packed with secrets, and schemes so impressive, they’d make Blair Waldorf from Gossip Girl seem pedestrian.

More like this
Spencer Matthews Will Search For His Brother In A New Disney+ Doc
By Darshita Goyal
Louisa Harland’s New Show Is A Far Cry From Derry Girls
By Frances Stewart
The 'Andor' Timeline, Explained
By Gretchen Smail
UK Audiences Will Soon Be Able To Watch 'The Bear'
By Frances Stewart
Get Even More From Bustle — Sign Up For The Newsletter