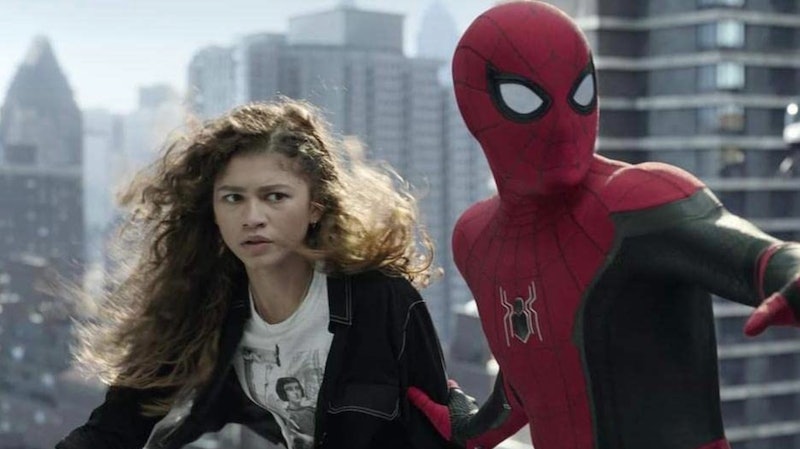 Unless you’ve been living under a rock, you’ve probably heard that Spider-Man: No Way Home has been toppling one box office record after the next since premiering in December. Although many — indeed, most — films that have been released in cinemas amid the pandemic have struggled to make money, Spider-Man has amassed $668 million in just a month’s time. Needless to say, a lot of people have headed to theaters to see Tom Holland, Zendaya, and crew in the latest installment of the franchise — but if you don’t want to go to the movies right now, you might be wondering whether or not you can stream the feature at home.

That’s a reasonable question, given that how film releases have been in flux over the past two years. Before the pandemic, casual movie-watchers might not have cared about whether a movie went to theaters or straight to streaming, but a theatrical release was a mark of pride for the industry, and a way for smaller movies to attract attention; now, old release models have gone out the window. Studios like Disney, which made Spider-Man, have experimented with several approaches for their releases over the past two years. Some films, like the live-action remake of Mulan, were released exclusively to Disney+ subscribers for an additional charge. Once people started going back to theaters, Disney tried releasing movies — for instance, Black Widow — in theaters and on Disney+ simultaneously, again for an extra charge. And later, the studio reverted to theatrical-only releases for movies like Shang-Chi and the Legend of the Ten Rings and Eternals.

For now, it’s a theatrical-only release.

At the moment, Spider-Man: No Way Home is available in theaters only. Right now, releasing superhero movies in cinemas and not on streaming platforms makes sense. These films appeal primarily to a younger demographic, who are more likely to be willing to go out to a theater during a pandemic than older audiences, and unlike smaller films marketed to adults, Marvel films sell the allure of big, action movie spectacle, which people love to watch on a big screen. (Last year’s best blockbuster, Dune, also did well at the box office, despite receiving a simultaneous streaming release on HBO Max — though it didn’t make nearly as much money as Spider-Man.)

Above all, though, as co-hosts David Sims and Griffin Newman discuss on a recent episode of the film podcast Blank Check, Marvel’s serialized films benefit at the box office from spoiler culture: People want to find out what happens in the next installment for themselves before they hear about it elsewhere, and if they have to go out to the movie theater to make that happen, so be it.

But in the near future, Spider-Man will stream on Starz.

If you’ve managed to avoid spoilers so far, though, and really don’t want to go out to the movies right now — which, given the current state of the pandemic, doesn’t seem like a bad idea — you probably don’t have too long to wait. Although there’s no set date for the digital release of Spider-Man, most big films are made available to rent and purchase online around three months after their theatrical release, which in this case would be sometime in March. So at that time, fans should be able to rent the movie on services like Amazon Prime Video, Apple TV, Google Play, Vudu, and more.

A few months after that, the film will become available to Starz subscribers. According to The Hollywood Reporter, Starz has exclusive the rights to the film for the first 18 months after its release, meaning Spider-Man won’t be available on any other channels or streaming services during that time.

And at some point after that, it’ll head to Disney+.

In April 2021, Disney and Sony struck a deal to bring Spider-Man movies to Disney+. (Previously, because the Spider-Man rights are tied up with Sony, Disney wasn’t able to add the Tom Holland Spidey films to its streaming service.) The deal, which takes effect in 2022, “gives Disney enormous programming potential across its platforms and makes them key destinations for a robust collection of Spider-Man films,” the studios told Deadline in a statement at the time.

More like this
Twitter Is Overjoyed By Angela Bassett’s Record-Making Oscar Nomination
By Maxine Harrison
11 Movies To Watch At The 2023 Sundance Film Festival
By Chloe Foussianes
New Details About Jeremy Renner's Snowplow Accident Reveal The Actor's Intentions
By Sam Ramsden
Anne Hathaway Shared A "Thrilling" 'Princess Diaries 3' Update
By Darshita Goyal
Get Even More From Bustle — Sign Up For The Newsletter
From hair trends to relationship advice, our daily newsletter has everything you need to sound like a person who’s on TikTok, even if you aren’t.