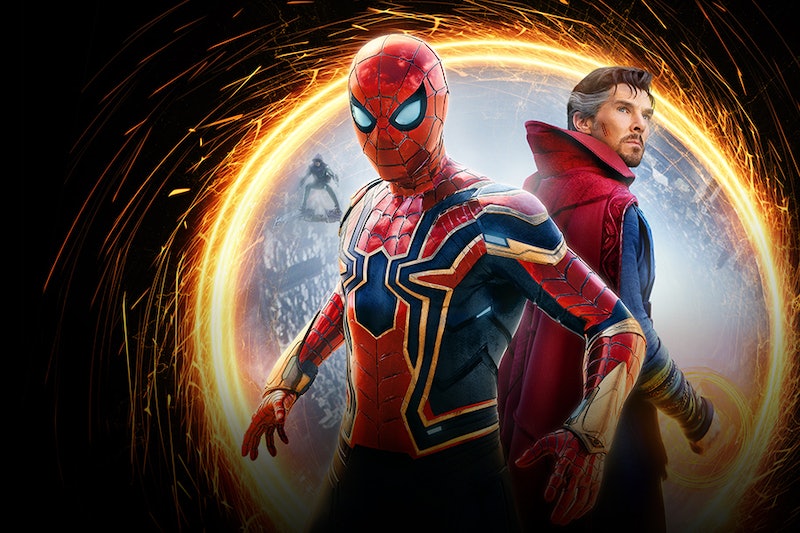 Spoilers ahead for Spider-Man: No Way Home. So it’s been a few weeks (and maybe as many rewatches) since you saw Spider-Man: No Way Home for the first time. There’s still no getting over the film’s most emotional moments, from May’s death to Peter 3 (aka, Andrew Garfield) heroically saving MJ before she ultimately forgets she ever knew any Peter Parker at all. Ouch.

The good news is that Tom Holland’s turn as Spidey is not over yet. Producer Amy Pascal confirmed that there’s another trilogy on the way, so there will still be ample chances for Peter and his friends to reunite and for MJ to figure out his alter ego all over again. Until then, the two No Way Home post-credits scenes provide plenty of clues about the future of Spidey in the MCU.

READ NEXT: Every Time Andrew Garfield Lied About ‘No Way Home’

Here’s what you should know about the post-credits scenes, which are worth sitting through the credits for one more time — not to mention that banger of a song that plays while you wait.

A New Character Joins The MCU

The first No Way Home post-credits scene — technically, a mid-credits scene — introduces Eddie Brock and his Symbiote, Venom, to the MCU proper for the first time. Played by Tom Hardy in the recent Venom films for Sony, No Way Home sees Brock hanging out at a tropical-style bar, confused by everything he’s learned about this particular universe. “Tell me again, I’m sorry, I’m an idiot,” he tells the bartender. “There was a billionaire, he had a tin suit and he could fly, right? And there was a really angry green man?” Brock is also not convinced that Thanos was that obsessed with collecting stones — because in his experience, aliens tend to prefer eating brains.

Brock suddenly disappears, much like the other characters from other universes did after Doctor Strange cast his final spell in No Way Home. But he leaves behind a piece of Symbiote — aka, the black, slimey substance that has the power to possess people like Brock. Or, say, Peter...

The Symbiote already has a hankering for the web-slinger, as evidenced in October’s Venom: Let There Be Carnage post-credits scene. Here, we see Brock and Venom transport to another universe’s beach resort (the result of Strange’s spell) and happen upon TV news about Peter’s identity being revealed — to which Venom, hungry, promptly licks the screen. It’s also implied that the Symbiote’s knowledge spans across universes. So if Venom is out to get Peter Parker, there’s a good chance the little chunk Brock left behind is too. Voila, Spider-Man 4 (maybe).

The post-credits scene isn’t just an intriguing clue about a possible future foe for Peter. It’s yet another example of the MCU opening its doors to other Marvel properties. Until now, Venom was pretty much Sony’s thing, but just like Marvel and Sony’s deal allows Spider-Man to appear in the MCU, it appears other characters have a chance at joining the fold. After No Way Home, we also know that beloved Netflix vigilante Daredevil, or Matt Murdock, has an open invitation.

That Multiverse of Madness Teaser

The second No Way Home post-credits scene is a lot easier to explain — it’s just an advance teaser for Doctor Strange in the Multiverse of Madness. If you saw No Way Home opening weekend, you were the first to see Strange confront the implications of recent Multiversal mischief in the MCU. That might include his interference with Spidey (“It was the only way, but I never meant for any of this to happen,” he says), as well as Loki and Sylvie’s chaotic antics in Loki earlier this year, especially given the fact that an apparent variant of the sorcerer appears at the end of the teaser. And of course, this post-credits teaser granted viewers their first glimpse of Wanda since the events of WandaVision — and it looks like Strange is recruiting the powerful witch.