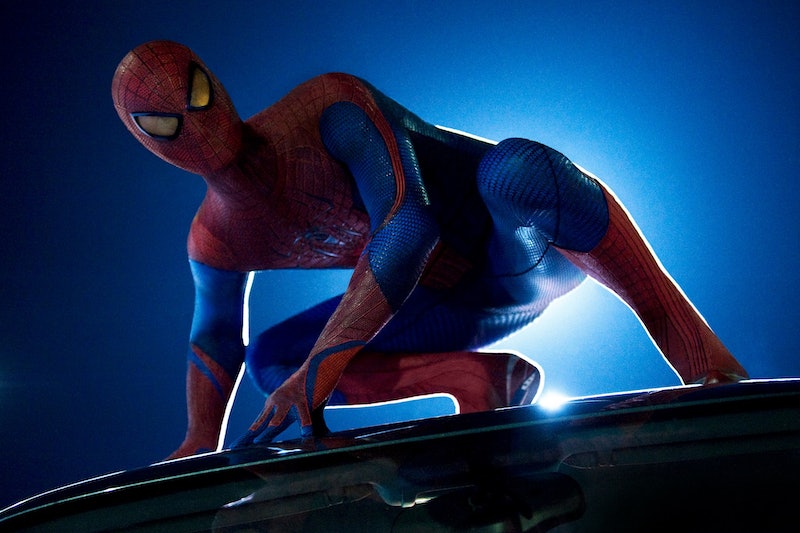 In case you managed to miss the memes, ticket chaos, and leaked everything, a new Spider-Man movie is arriving on Dec. 17. But No Way Home isn’t your average Marvel Cinematic Universe sequel. Sure, it follows up on the events of Far From Home and sees Peter interact with yet another MCU mentor: this time, Doctor Strange in his athleisure era. But it’s also set to feature a delightfully tangled web of previous Spider-Man movie characters — from villains like Green Goblin, Doc Ock, and Electro to (reportedly!) past Peter Parkers Tobey Maguire and Andrew Garfield.

While a Marvel movie marathon is always a good idea before a new release, it’s especially warranted before this one, as there’s sure to be plenty of Easter eggs and callbacks to the Spidey canon, and you want to be prepared! Fortunately, there’s still time to catch up on 19 years of web-slinging before No Way Home hits theaters. You just need to know where to watch the old Spider-Man movies on streaming — this isn’t your average Disney+ situation.

While you can catch virtually any other Marvel movie on the streamer, the previous Spider-Man movies, including the latest two with Tom Holland, are conspicuously absent. This is due to a tricky ownership situation between Marvel Studios (i.e., Disney) and Sony Pictures. Spidey is technically Sony’s cinematic property, and even though a deal allows him to show up in MCU movies, Disney doesn’t have free rein to distribute the character like they do Captain America or Shang-Chi. While a new agreement could change streaming availability in 2022, these are the options fans have for now to watch the Spider-Man movies online.

If you’re planning a Spidey rewatch, Sam Raimi’s original trilogy is the natural place to start. It’s one of the easiest to stream, too. The first three films are available to watch on Peacock Premium, which is $4.99 per month or $9.99 for no ads. So start streaming and see how Spider-Man’s most iconic foes (and meme-worthy moments) first arrived on the scene.

For Andrew Garfield’s Amazing Spider-Man films and Tom Holland’s first two films, Homecoming and Far From Home, video-on-demand options like Prime Video will be your best, most affordable bet, with rentals for each title starting at $2.99.

Even though it’s not of the live-action Spidey canon, you can also find Spider-Man: Into the Spider-Verse on Prime Video. The sequel was just announced, so why not get a head-start on your rewatch? Plus, with No Way Home shaping up to be the next most ambitious crossover event in history, there’s every chance an Easter egg or nod to the animated film could appear.

If you’ve swapped a traditional cable subscription for an online provider, like Hulu with Live TV, you can catch up on Spidey this way. However, unless you’re already a subscriber, you might want to avoid this option since it’s the priciest at $64.99 per month.

More like this
Everything To Know About Marvel’s 'Thor: Love And Thunder'
By Grace Wehniainen
What Does Doctor Strange’s Third Eye Mean?
By Arya Roshanian
Wait, Did Wanda Die In 'Doctor Strange And The Multiverse Of Madness'?
By Arya Roshanian
Marvel's 'She-Hulk' Trailer Is Finally Here & The Hulk Lends A Big Helping Hand
By Grace Wehniainen
Get Even More From Bustle — Sign Up For The Newsletter