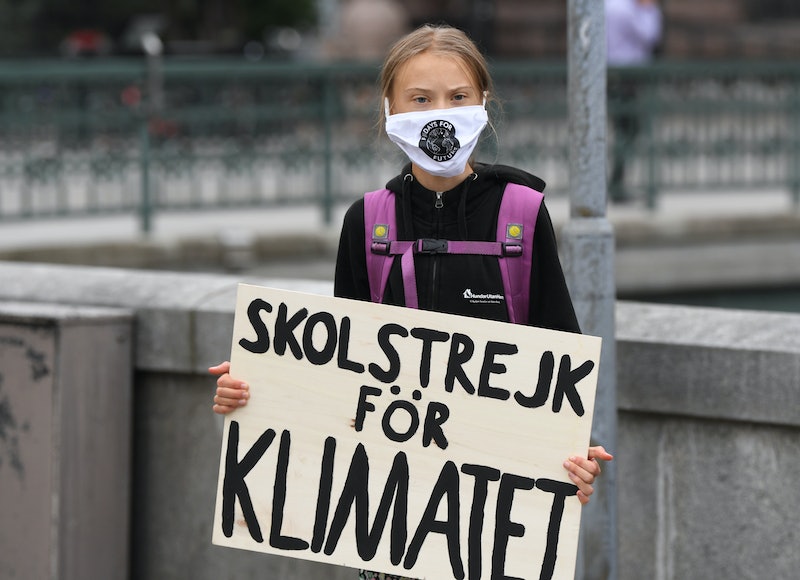 Known for standing up for climate action, sailing across the seas, and side-eyeing Donald Trump, Greta Thunberg is probably one of the world’s most famous teens at the moment. Now the 16 year old is at the centre of a new film documenting her life, which is out this autumn. But how do you watch I Am Greta in the UK?

The Swedish teenager rose to fame through her activism after staging a school strike for climate change in August 2018 at aged just 15. Thunberg and the teens who joined her soon became the catalyst for school strikes across the globe, with kids standing up, fighting for their futures, and forcing world leaders to take action. She’s now gone on to influence a generation and speak at United Nations summits, landing her the spot of Time’s person of the year in 2019.

Produced by Cecilia Nessen and Frederik Heinig and director Nathan Grossman, I Am Greta gives a unprecedented insight into the teen’s life, documenting her dedication to bringing climate action to the fore. The film also follows her taking a two-week, non-stop boat across the Atlantic ocean in order to attend the UN summit with a lower carbon footprint in 2019.

Speaking to Guardian, Thunberg said: "[The documentary] did succeed in framing me as myself and not the person that media frames me to be. Not the angry naive child who sits in the UN's general assembly screaming at world leaders.” She went on to explain how the films' creators showed her as a "more shy, nerdy person," which is the real her.

I Am Greta premiered at the Venice Film Festival on Sept. 3 and is now available to watch in UK and Irish cinemas. You can check local listings via the official I Am Greta website. If you are unable to get to the cinema due to lockdown restrictions or other issues, the film will be available on demand on Amazon Prime and Apple TV from Nov. 16. You can find out more info on that here.