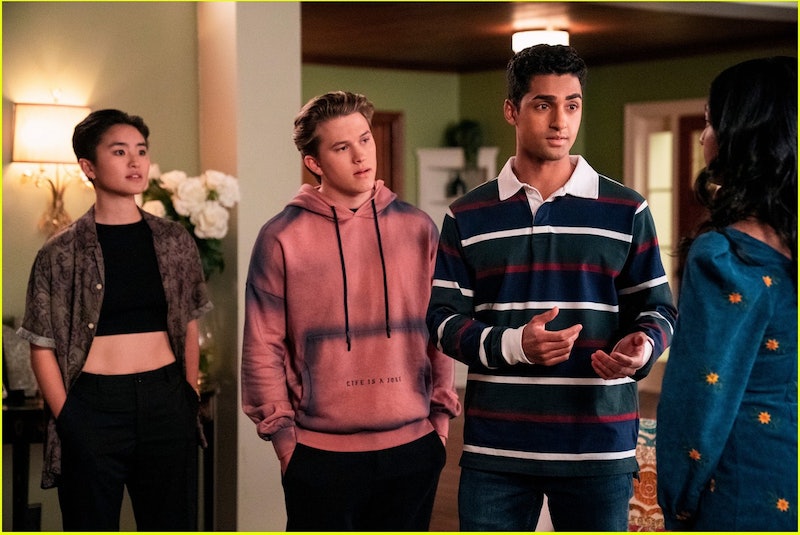 The dream team that is Mindy Kaling and Lang Fisher have already brought us two great seasons of Never Have I Ever, and now they’re giving us two more. Back in March, Mindy Kaling tweeted that she “can’t wait to reveal all the steamy romance and hilarious adventures.” While the third season will be hitting our screens on Aug. 12, the fourth and final season (boo!) is tipped to arrive some time in the summer of 2023. But, where can you watch the upcoming instalment of Never Have I Ever in the UK?

Luckily, all four seasons will be available to watch on Netflix in the UK. Season 3 will see Devi (played by Maitreyi Ramakrishnan), Paxton (played by Darren Barnet), and the rest of the gang back at Sherman Oaks High, along with some new faces. Reese Witherspoon and Ryan Phillippe’s son, 18-year-old Deacon Phillippe, will be making his screen debut as high school student Parker. Although not much has been revealed about the new role yet, his dad Ryan is very thrilled for him. Speaking to Entertainment Tonight, the Cruel Intentions actor said that he is “super proud” of his son’s new job.

For Kaling, creating this show was an exercise in the celebration of otherness. Speaking to The New York Times just after the first season aired, the co-creator admitted that “for all of us in the writers’ room, particularly those of us who were the children of immigrants, which comprised most of my staff, it was about sharing those stories of feeling ‘other’... and it was such a relief.”

Both Lang and Kaling have also been vocal about wanting to show a high school experience that’s different to other TV shows. “Usually in TV shows, the nerds are just losers in the corner, and that’s not what we wanted to show on this” Kaling said to Netflix, with Lang chiming in “We want our losers out in the crowd!”

Never Have I Ever Season 3 will be available to watch on Netflix from Friday, August 12.