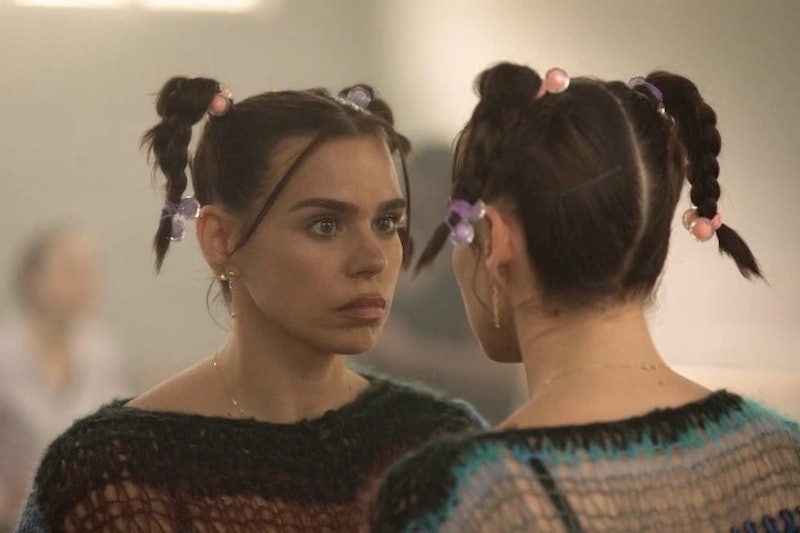 Playwright Lucy Prebble wrote I Hate Suzie in eight parts to represent the titular Suzie's (Billie Piper) eight stages of grief after a leaked image exposes her extramarital affair, changing her life forever. Each episode is titled as one of the stages — Shock, Denial, Fear, Shame, Bargaining, Guilt, Anger, and Acceptance — suggesting that the season tells a full story with a beginning, middle, and end. But to the joy of fans, we now know that there will indeed be a second season, I Hate Suzie Too, coming to our screens this Christmas in the form of three episodes. So, here’s everything to know so far about I Hate Suzie Too.

I Hate Suzie Too Plot

The first series ends (spoilers ahead!) with Suzie asking her husband Cob (Daniel Ings) for a divorce, who doesn't take the request well and refuses to cooperate. She also learns that her best friend and acting agent Naomi (Leila Farzad) is retiring her position and taking an extended stay in Iran, which could theoretically mark the end of their story and the show.

On the other hand, Suzie takes a pregnancy test at the end of the season, and yells, "F*ck!" after reading the result, which isn't shown on screen. This could mean she's pregnant with either Cob or Carter's baby, offering a new hill to climb in a second season.

And a new hill Suzie does indeed climb as a synopsis for the new season confirms that she has a son called Frank and the episodes revolve around Suzie starting a new job on reality TV, as well as getting a new agent and PR, to support her son. Suzie also has to battle ex-husband Cob with the help of her now estranged best friend Naomi, as she to attempts to keep her life on track for Frank.

A first look image sees Suzie staring at her reflection in a mirror during rehearsals for the reality TV show she’s working on, Dance Crazee.

I Hate Suzie Too Cast

Co-created once more by Lucy Prebble and Billie Piper, the second series sees the return of Lelia Farzad as Naomi, Daniel Ings as Cob, as well as Phil Daniels, Lorraine Ashbourne, and Elle Piper in their roles.

New cast members for I Hate Suzie Too include Matthew Jordan-Caws playing Suzie’s son Frank. Omari Douglas (It’s A Sin), Douglas Hodge (Joker), Blake Harrison (The Inbetweeners), Anastasia Hille (Snow White and the Huntsman), Layton Williams (Everybody's Talking about Jamie), and Yaz Zadeh (I May Destroy You) are also set to appear in the series.

I Hate Suzie Too Release Date

There’s no specific release date set for the second series but it’s been confirmed that it will air later this year on Sky around the Christmas period, with I Hate Suzie Too being described by the series creators as an "anti-Christmas Christmas special".

Bustle will stay updated with any developments.

This article was originally published on November 19, 2020