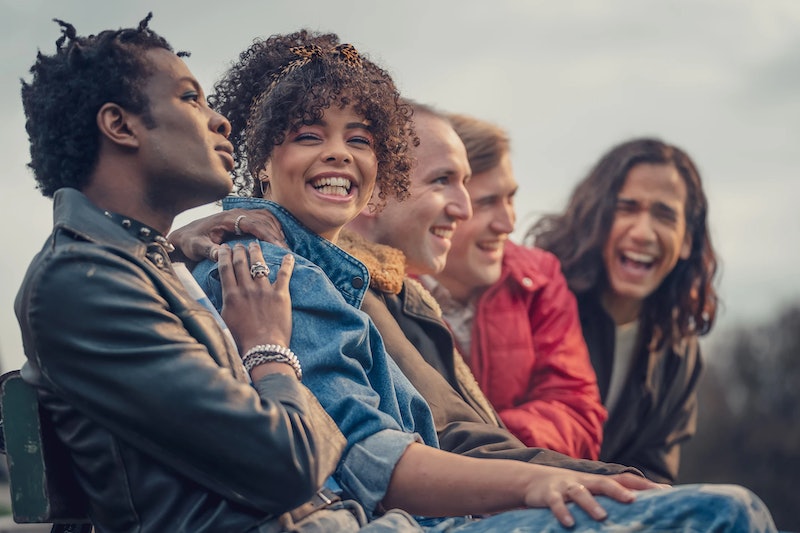 Created and penned by acclaimed screenwriter Russell T Davies, Channel 4’s groundbreaking drama It’s A Sin charted the ups and downs of the close-knit “Pink Palace" flatmates in the midst of the HIV and AIDS epidemic of the 1980s. Starring Olly Alexander, Lydia West, Callum Scott Howells, Omari Douglas, and Nathaniel Curtis, the series was a hit with viewers and critics alike. But fans were left with one question: Will It’s A Sin return for Season 2?

As it stands, Channel 4 has yet to release any news on further episodes. Although, the show’s executive producer, Nicola Shindler (who also worked on Channel 4’s Queer as Folk alongside Davies), has shared ideas of a potential sequel.

Speaking at the It’s A Sin BAFTA TV Session, the celebrated producer revealed Davies’ idea for a follow-up that he had previously discussed with her.

Schindler continued: “It sounds like it’s not related at all, except that he thought, ‘What if you cut to the present day, and what if Jill and Roscoe are going out there, trying to stop the people who are doing this?’”

The It’s A Sin executive producer further disclosed that the sequel, which is not currently in development, would be built on the idea of “looking after the boys.” She added: “He [Davies] never wrote any of it... He just wanted to pick it up in the present day and say, ‘Look, there are still so many people out there who need some kind of protection.’ That was the point of it.”

In spite of this revelation, series creator Davies previously dashed any hopes of an It’s A Sin chapter two. “There isn’t a second season. It was lovely. It said everything I wanted to say,” he told The Hollywood Reporter’s Daniel Fienberg and Lesley Goldberg on the TV’s Top 5 podcast. “I don’t know how I follow something like It’s a Sin.”