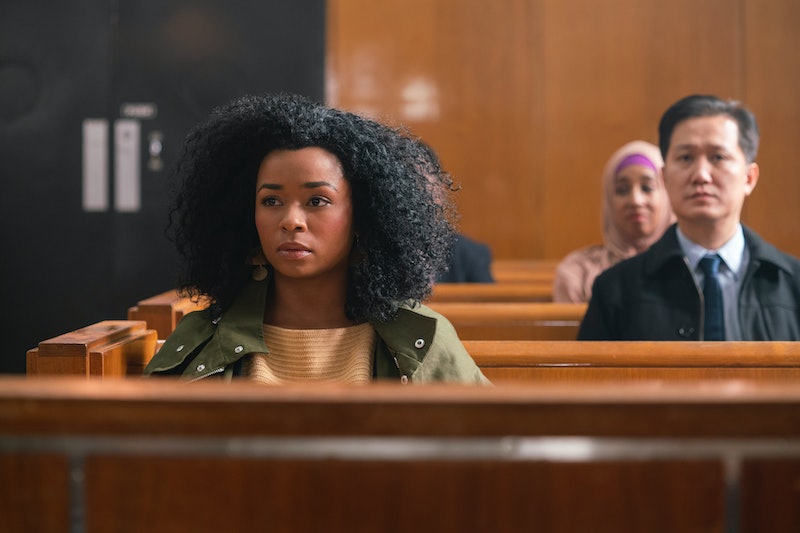 From The Tinder Swindler to Lords of Scam, Netflix loves delving into a thorny scandal, and its new mini-series Inventing Anna — out on Feb. 11 — is no exception. The much-anticipated limited series follows the story of the jaw-droppingly brazen wealthy “German heiress” Anna Sorokin, who scammed friends, hotels, and most of the New York elite social scene using the pseudonym Anna Delvey. Ultimately, Russian-born Sorokin ended up serving jail time, was released, and is currently being held at an ICE detention centre in New York for overstaying her visa.

Sorokin’s ruse first came to light in Jessica Pressler’s “How Anna Delvey Tricked New York's Party People” article for The Cut in 2018. After writing the gripping exposé, Pressler stayed in touch with Sorokin and has also been involved in Netflix’s adaptation of the story.

It turns out that another one of Sorokin’s BFFs, Neffatari Davis, also helped out with the show.

The show’s character Neff is based on Neffatari Davis, an inspiring filmmaker who was working as a concierge at 11 Howard’s luxury hotel when she met Delvey in 2017. In fact, Alexis Floyd (The Bold Type) – who plays Neff – sat down with Davis ahead of filming Inventing Anna to help inform the role.

"One of the first things I did was have dinner with her. We spent three-and-a-half hours together that first night. She was almost on call for me, even if I had questions in the middle of the night,” Floyd explained in an interview with Forbes. “[Davis] knows herself in an exquisite way and I wanted to celebrate someone who loves themselves in that unique way. This set the tone going forward."

Davis is even involved with the upcoming series as a consultant, and told PAPER in 2018: “I am fully involved, and can't wait to see what Shonda does with this amazing story that just so happens to be my real life." The 29-year-old also appears to be friends with Sorokin, wishing her happy birthday last month in an Instagram post: “You’re the Thelma to my Louise. And even though I don’t agree with all the things you’ve done in this lifetime, I could never be shady and forget about you.”

More like this
Kenneth Branagh Looks & Sounds *Exactly* Like Boris Johnson In 'This England'
By L'Oréal Blackett, Rachel Mantock and Sam Ramsden
Nicola Walker Is Confident About Emma & Ian’s Future
By Frances Stewart
A Political Thriller Inspired By The Munich Massacre Is Coming Soon
By Darshita Goyal
Nicola Walker’s IRL Husband Is No Stranger To TV Screens
By Darshita Goyal
Get The Very Best Of Bustle/UK