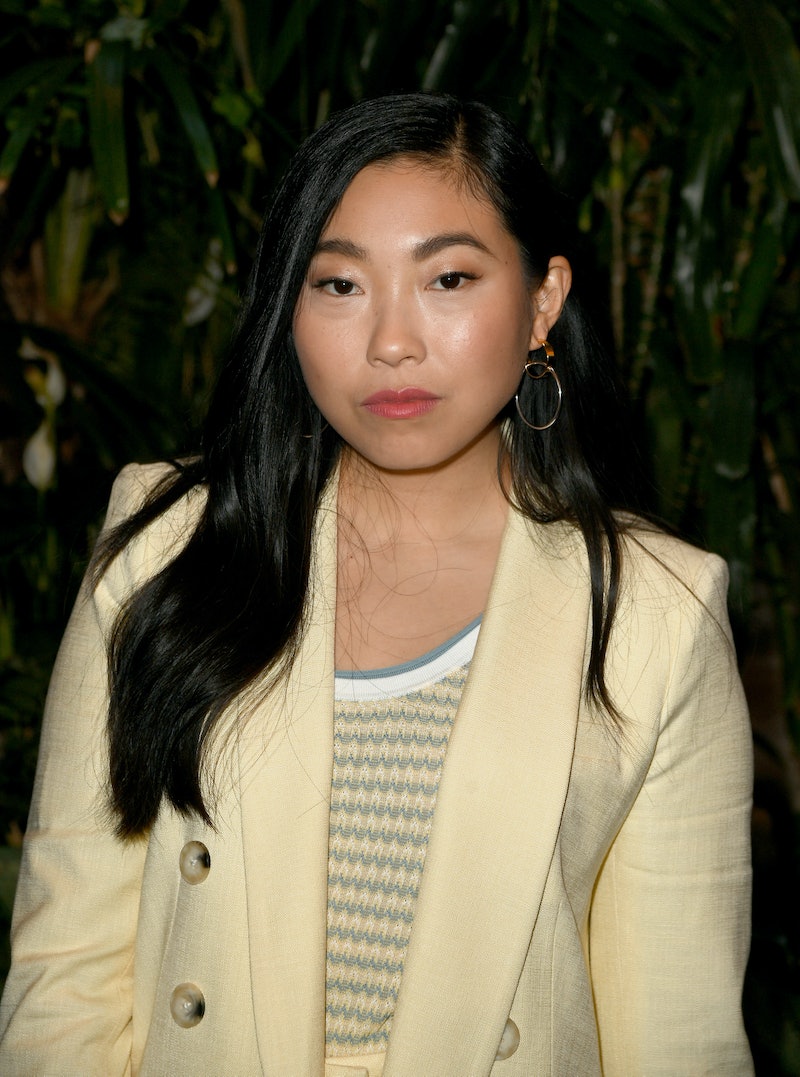 From her show-stopping roles in Ocean's 8, Crazy Rich Asians, and The Farewell, we've gotten to know Awkwafina as a multifaceted actress and writer who can conquer both comedic and dramatic roles. When it comes to her private life, however, the 2020 Golden Globe Award-winner tends to keep the details to herself. Ahead of her appearance as a presenter at the 2021 Golden Globes on Feb. 28, let's take a look at Awkwafina's relationship history through the details she's shared over her near-decade long career.

The 32-year-old actress (née Nora Lum) rarely opens up about her dating life, and it's unclear whether or not she's single at the moment. In 2018, she told The Guardian that she was currently with a long-term boyfriend. “I’m extremely happy. I’m in love,” she said, noting that she's “not sure [she] will ever be the kind of woman who can retire into a family.”

In a 2018 video with Vogue magazine, Awkwafina opened up about a hilarious experience she had dating a boy after graduating from college. "So my friend sets me up on this date, a blind date," she says, detailing her inner thoughts at the time: "'Oh my god, I know this dude, and he's single too, and he's really cute...' And I was like, 'Let's do it.'"

She goes on to note that he was totally her type: "100 pounds, five foot two," and with "the body of a graphic designer." Describing their outing at a steakhouse, she said things began to turn south when he ordered a well-done steak and cut it up into tiny pieces, "like one would do for a small bird." She continued, "Eventually his hyper intellectualism, it became, let me think of a word, boring. He talked about libertarianism. He would talk about how the Chinese market is like where to go to put your money in. I don't give a shit."

Hoping to alter the course of the date, she suggested they watch her favorite movie, White Chicks, after the date. The boy was not at all interested. Knowing relationships are about compromise, they went on a couple more dates before Awkwafina invited him to meet her friends. When he finally did, he was unimpressed by her goofy, outgoing nature around them. That moment was when she realized it wasn't going to work out, and the pair "mutually ghosted" each other. "I just enjoyed and realized that I'm enough, I'm worth it, and if you can't get with that, then bye," she said. "If this really was dating, I'd much rather be at home alone, naked, watching Beverly Hills Chihuahua 3, giving my cat a haircut."

Clearly, Awkwafina prefers to keep her personal life private, but fingers crossed she will share more funny dating anecdotes in the future.

More like this
Brad Pitt’s Recent Dating History Includes A German Model
By Brad Witter
Who Is Camila Cabello Dating? She's Getting Cozy With Lox Club CEO Austin Kevitch
By Radhika Menon
Kim Kardashian & Pete Davidson’s Reported Breakup Has Twitter Running Wild
By Brad Witter
Kanye West Has The Most Kanye Reaction To Kim Kardashian & Pete Davidson's Split
By Jake Viswanath
Get Even More From Bustle — Sign Up For The Newsletter