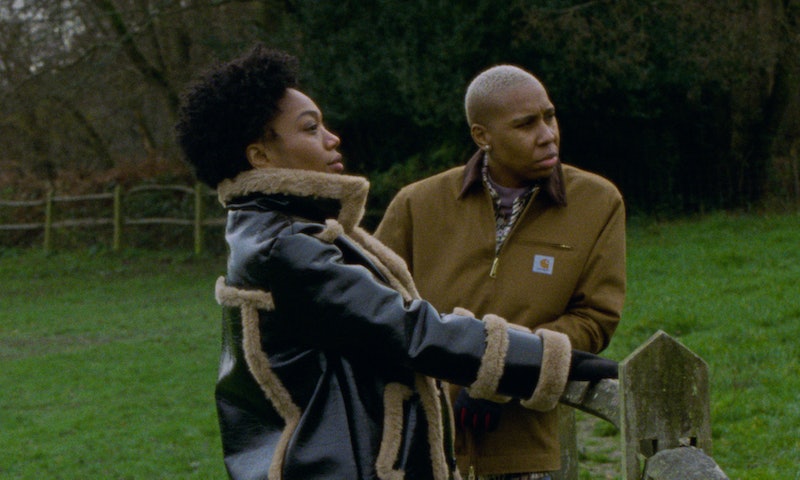 It’s been four years since the romantic and professional fate of Dev (Aziz Ansari) was left up in the air on Master of None. When we last saw Dev in Season 2, he was reeling from his BFF: Best Food Friends show getting canceled after it was revealed that his cohost Jeff (Bobby Cannavale) had sexually harassed several women on set. He also ended up in bed with Francesca (Alessandra Mastronardi), who left her fiancé to be with him. Whether or not their relationship would actually last, though, was never made clear.

It was a purposely ambiguous ending, Ansari explained to Vulture in 2017. “I read something where someone says there’s the Before Sunset test, which is ‘Okay, if you’re a romantic you think they’re in bed together and you think that things are going to be great.’ If you’re another type of person, you think, ‘Oh, they’re together and it’s going to be horrible,’” he said. “I think I would like to keep it that way, where it’s really dependent on who you are and where you are in your own head to decide what that thing means.”

In Season 3 though, we finally get an answer. Ansari is in Master of None Season 3, but in Episode 1 he only cameos for about seven minutes. (He did, however, still co-write and direct the season along with Lena Waithe.) Subtitled “Moments in Love,” Season 3 is focused on Denise (Waithe) and her partner Alicia (Naomi Ackie), who live a cottage-core lifestyle and are hoping to become parents.

Dev drops by for dinner with Denise and Alicia about 15 minutes into the premiere episode. He never mentions Francesca, but it’s clear the relationship must have fizzled out, if it ever even got started at all. Now he’s dating a new woman named Reshmi (Aysha Kala), who meets Denise and Alicia for the first time that evening. (It seems like Dev and Denise have fallen out of touch in four years.) At first, Dev and Reshmi look like a perfect couple: They banter about wearing pajamas and buying purple carrots, and Reshmi praises Dev’s cooking skills because “she’s his biggest fan.”

But throughout the night their dialogue deteriorates into squabbling, much to Denise and Alicia’s discomfort. They reveal they are living in Queens at Dev’s parents’ place; Dev shrugs it off, but throughout the night Reshmi can’t help but bring up how frustrating it is that four people are jammed into one “tiny house.”

Soon it feels like everything is an argument. When Reshmi tries to bond with Denise over a book, Dev interjects that Reshmi “listening to it in the background while she’s online shopping for used clothes” isn’t the same as actually reading. When asked about his acting career, Reshmi jabs that Dev just plays a nameless assistant on NCIS Brooklyn. Dev then mocks her plant-sitting startup idea, accusing her of drinking all day rather than working on the plan.

The worst thing, Dev finally reveals to Denise and Alicia, is that their whole relationship revolves around fighting. “I’m sure you’re very uncomfortable, and what’s so sad is that we are not,” he tells them. “This is just our vibe. This is Tuesday. We do this sh*t all the f*cking time.” He bitterly adds that they likely stay together because they’re just “too scared to go back out there” and date again.

In this way Ansari and Waithe demonstrate how much Denise and Dev, friends since childhood, have drifted apart. Denise is now a successful author living with a loving partner in an expensive house, and their frustrations are of a more adult variety: Episode 1 ends in Alicia having a heartbreaking miscarriage. Dev’s career is floundering, meanwhile, and he’s cooped up with a girlfriend he seems to hate, yet is unwilling to leave.

In a way, it almost feels like Master of None has outgrown its original protagonist. (This is possibly on purpose, as Ansari fell out of public favor in the wake of the 2018 sexual misconduct allegations.) Denise is living the life that Ansari once said he would have to have in order to consider returning for a third season: “I’ve got to become a different guy before I write a third season, is my personal thought. I’ve got to get married or have a kid or something,” he told Vulture in 2017.

If Master of None ends up continuing for another season, perhaps the show could focus on characters outside of Dev, who was at the center of the first two seasons but seems unable to grow beyond his faults — at least for now. Before Dev leaves, he has a heart to heart with Denise, in which she tries to give him advice on how to overcome the obvious slump he’s in. “You’re just in the valley right now. Remember when I used to work for those whack-ass magazines, pretending to be a writer? I climbed out of that. You can, too,” she says softly. But Dev can only look to the past. “We used to have it so good,” he muses in response. “Runnin’ around New York, doing whatever we wanted, having fun every day. I never realized...how good I had it.”