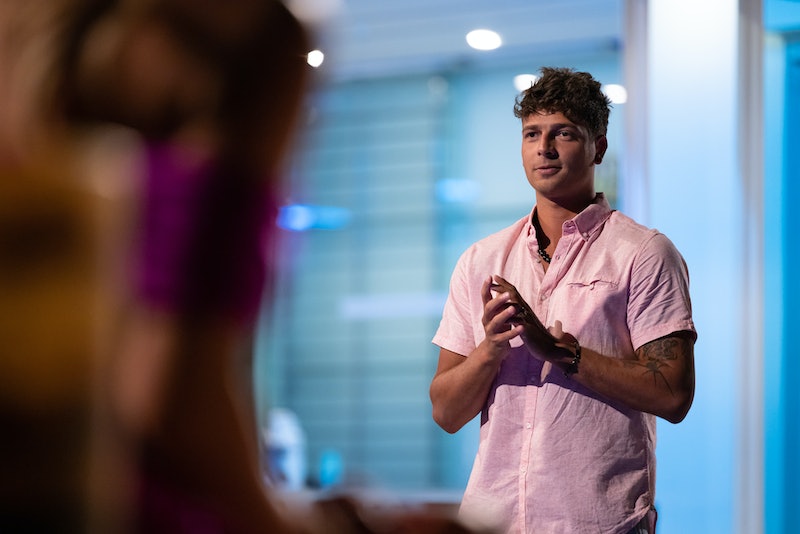 While he joined FBoy Island Season 1 intending to keep the $100,000 prize for himself, Casey Johnson reformed his fboy ways after escaping Limbro and chose to split the money with CJ Franco. But following her rejection, Casey returned for Season 2 to continue his redemption journey as a Nice Guy. The move seemed to work, too, when he secured a spot as one of co-lead Tamaris Sepulveda’s two finalists. Just when it appeared Tamaris was going to choose Casey, however, she decided not to pick either man, and Casey left Cabo San Lucas, Mexico, single once again.

Since FBoy Island wrapped filming in March, it seems that Casey found a new relationship — perhaps with an old flame he mentioned on the show. Explaining his beef with castmate Peter Park, the Ohio native told Tamaris’ co-star, Mia Emani Jones, that Peter tried to pursue the woman he was dating after CJ rejected him during Season 1. Tamaris also questioned Casey’s interactions with an ex named Katie, who reportedly “liked” an Instagram comment in which he described his relationship status as “taken,” according to Showbiz Cheat Sheet.

Casey also dedicated a since-deleted July 13 TikTok video to a special someone who sounded like a girlfriend, though he didn’t indicate if she was Tamaris or someone else. “She is my best friend and she is my future,” he reportedly said of the mystery woman. “So, moving forward I appreciate all of the support but I’m going to be doing things a little differently. I’m going to be doing everything that I can to make this person happy.”

Now that the episodes have aired, it seems clear that Casey is back with his ex, whose full name is Katie Hilty. Though he edited both Instagram photo captions on July 20, he still has her tagged in a couple of photos on his page. “Angel baby,” he wrote alongside a November 2021 pic of Katie sitting on his lap at a Florida beach. Casey also captioned a series of October photos of him kissing Katie, “At home with you,” adding a white heart emoji.

Since Tamaris brought Katie up on the show, Casey said he had no problem speaking about their relationship, especially because he was “free to date whoever” he wanted after CJ chose Jared Motley over him. “[Katie] was a part of my life and I didn’t want to erase that,” he added to Showbiz Cheat Sheet, hinting that the FBoy Island Season 2 finale would clear things up further.

That said, it seems pretty clear that Tamaris isn’t the ex he currently appears to be dating.