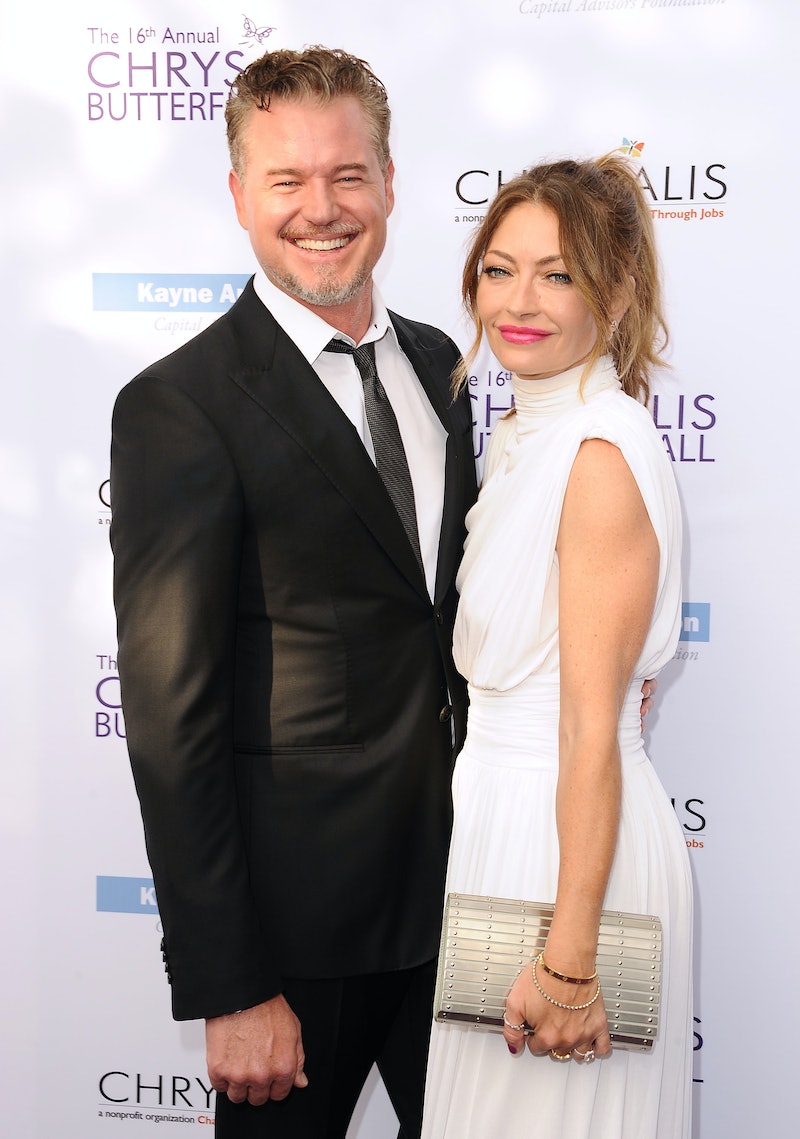 Eric Dane became a household name because of Grey’s Anatomy, but now it’s his role in HBO’s Euphoria that people can’t stop talking about. In the series, which follows a group of teenagers as they navigate relationships, drugs, sex, identity, trauma, and more, Dane plays Nate’s father, Cal Jacobs. At first glance, Cal — well-known around town for his work in real estate — appears to have his life together. But alas, he’s hiding a dark secret: Cal meets up with strangers on dating apps for sex in seedy hotel rooms.

Off-screen, Dane’s life seems less complicated, especially when it comes to relationships. The 49-year-old actor, who played McSteamy on Grey’s from 2006 to 2012 before returning for a couple of episodes in 2021 and 2022, married model Rebecca Gayheart in 2004. The pair went on to have two daughters together, 11-year-old Billie and 10-year-old Georgia. However, after 14 years of marriage, Gayheart filed for divorce from the X-Men: The Last Stand actor in February 2018.

Gayheart cited “irreconcilable differences” as the reason for their split and claimed there was no hope for reconciliation, according to Radar Online. “After 14 years together we have decided that ending our marriage is the best decision for our family,” they wrote in a joint statement. “We will continue our friendship and work as a team to co-parent our two beautiful girls as they are the most important thing in the world to us.” Dane agreed to pay monthly spousal support and share custody of their children.

The couple hasn’t clarified what contributed to their marriage troubles, but there has been speculation. A sex tape of the couple and another woman leaked in 2009, and Dane sought treatment for an addiction to painkillers in 2011. But it’s been nearly four years since Gayheart filed for divorce and the split still hasn’t been finalized. In fact, the court warned the pair in 2019 that if they did not move forward, their case would be dismissed, according to Radar. It’s unclear if Dane and Gayheart have decided to stay together, but in 2020, paparazzi captured photos of them at a grocery store. Radar also reports that they lived together during the pandemic.

It’s worth noting that Dane has expressed remorse for things that he’s done wrong in their marriage. “We’ve all made mistakes,” he told People in 2020. “My one regret is that I got the person I love most wrapped up in all that: Rebecca.” He also expressed a lot of gratitude for his family, particularly because his own father died when he was just 7 years old. “I never had a family, and now I do,” he added. “I know I’m a very lucky guy.”

Prior to marrying Gayheart, Dane was romantically linked to several famous celebrities. He reportedly dated Twin Peaks actor Lara Flynn Boyle in 2001 and Alyssa Milano in 2003. In April 2020, the Daily Mail reported that he was spotted out with Amazing Race star Kimberly DeJesus, but it remains unclear whether they dated. In his 2020 interview with People, Dane didn’t seem too concerned about the status of his love life. “I honestly think I’m exactly where I’m supposed to be at this moment in time,” he said. “And I’m really happy.”

More like this
Everything You Need To Know About Kanye's Post-Kardashian Dating Life
By Bustle Editors
Who Is Allison Williams Dating After Her Divorce? She’s Engaged With A Child
By Jake Viswanath
Michael B. Jordan Tackled His "Public Breakup" With Lori Harvey On 'SNL'
By Brad Witter
Who Is "Daddy" Pedro Pascal Dating? People Are Thirsting Over The 'Last Of Us' Star
By Alyssa Lapid
Get Even More From Bustle — Sign Up For The Newsletter
From hair trends to relationship advice, our daily newsletter has everything you need to sound like a person who’s on TikTok, even if you aren’t.