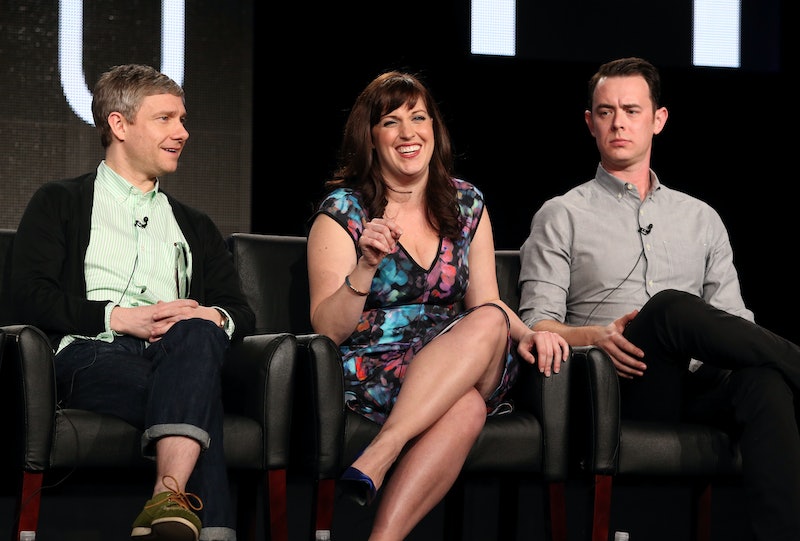 The first season of FX's Fargo has wrapped, but we still have a few lingering questions. Well, a lot of questions actually, but let's focus on a major one: Is Fargo a true story? At the beginning of every episode of the 10-episode first season, there is the same disclaimer:

THIS IS A TRUE STORY. The events depicted in this film took place in Minnesota in 2006. At the request of the survivors, the names have been changed. Out of respect for the dead, the rest has been told exactly as it occurred.

So, is is really true? Was there really a man as cold-hearted as Lorne Malvo and a husband as twisted as Lester Nygaard? Did two cops from different counties fall in love over finding clues about the same case? Hate to break it to you, Fargo-truthers, but the answer is a resounding no. Executive producer Noah Hawley explains that everything about the show is fabricated, even the "This is a true story" disclaimer. He said:

I can't speak to the movie. But the show…It's all just made up. The whole cloth. I didn't go looking for true crime. It started from a character standpoint and everything grew organically out of that.

The movie Fargo, which is entirely different than the show, had a similar disclaimer. That story was supposedly based off a series of events that took place in Minnesota, but the T.V. series adopted the disclaimer without any intentions of telling a true tale.