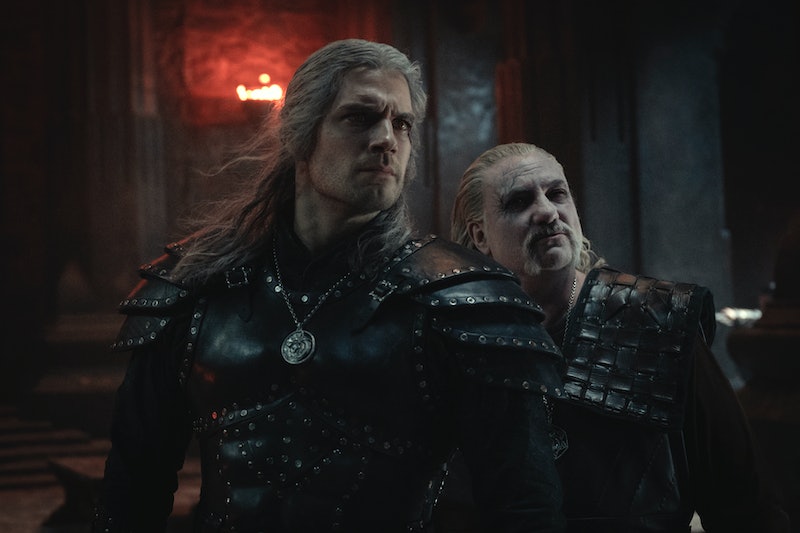 By the time The Witcher: Blood Origin premieres, more than a year will have passed since Henry Cavill’s Geralt of Rivia appeared on screen. As viewers quickly learn, however, the wait for his return is only going to continue to get longer, because Geralt isn’t in Blood Origin. The reason? Netflix’s prequel to The Witcher is set in an elven world 1200 years before the events of the flagship series and focuses on the Conjunction of the Spheres, an event that was only briefly explored in author Andrzej Sapkowski’s fantasy novels from which the show is adapted.

“We know in the books to a certain point how the witchers were created. The reason we call it Blood Origin is because we’re telling the tale of the first prototype of a witcher,” creator and showrunner Declan de Barra explained to ComicBook.com in a December 2022 interview. “This witcher is not the witcher we know who’s humanlike and, you know, can take potions and have powers. It’s 1.0. But it’s the origin of what enables witchers to exist in The Witcher world in Sapkowski’s books.”

At the same time, Geralt technically could have appeared in Blood Origin. As viewers who streamed the time-jumping post-credits scene learned — spoiler alert — actor Freya Allan’s Princess Cirilla of Cintra, aka Ciri, makes a brief cameo. The clip will likely set up The Witcher Season 3, which is slated to premiere in Summer 2023, marking Cavill’s official return to the role. As the actor confirmed in October, this will be his final season playing Geralt, however, and Liam Hemsworth will take over the part in the fourth installment.

“As with the greatest of literary characters, I pass the torch with reverence for the time spent embodying Geralt and enthusiasm to see Liam’s take on this most fascinating and nuanced of men,” Cavill said at the time. “Liam, good sir, this character has such a wonderful depth to him, enjoy diving in and seeing what you can find.”

Shortly before the actor announced his exit from the franchise, he also revealed that he would be returning as Superman in Warner Bros.’ DC Universe. (He made a cameo as the superhero in Black Adam.) In a turn of events, however, studio co-head James Gunn announced on Dec. 14 that Cavill will not be in his upcoming Superman feature film anymore. Though fans speculated that he would now be able to return to The Witcher, Variety confirmed that Season 4 is moving forward unchanged, with Hemsworth playing Geralt. Meanwhile, Cavill signed on to star in and executive produce a series of Amazon Studios films and TV shows based on the Warhammer 40,000 video game, per The Hollywood Reporter.

Before he takes his bow as the titular hunter, however, the series will give Cavill the “most heroic sendoff” in Season 3, as creator and showrunner Lauren Hissrich revealed to Entertainment Weekly. “Henry has given so much to the show and so we want to honor that appropriately,” she told the magazine.

There’s still always a chance that Cavill could return to the Witcher-verse in some capacity, though it seems that would be in the distant future. “We haven’t even thought about that at this point,” Hissrich told EW, while also teasing the franchise’s several other forthcoming “permutations” as having endless possibilities.

More like this
Netflix Shut Down 'Bridgerton' S3 Rumours About A “Very Dark” Storyline
By Bustle
'The Queen’s Gambit' Season 2 Tweet Wasn’t From Anya Taylor-Joy
By Mary Kate McGrath, Jack Irvin and Grace Wehniainen
Here’s What Happens To Bill & Frank In 'The Last Of Us' Video Game
By Brad Witter
Linda Ronstadt’s “Long Long Time” Plays A Pivotal Role In The Last Of Us
By Brad Witter
Get Even More From Bustle — Sign Up For The Newsletter
From hair trends to relationship advice, our daily newsletter has everything you need to sound like a person who’s on TikTok, even if you aren’t.