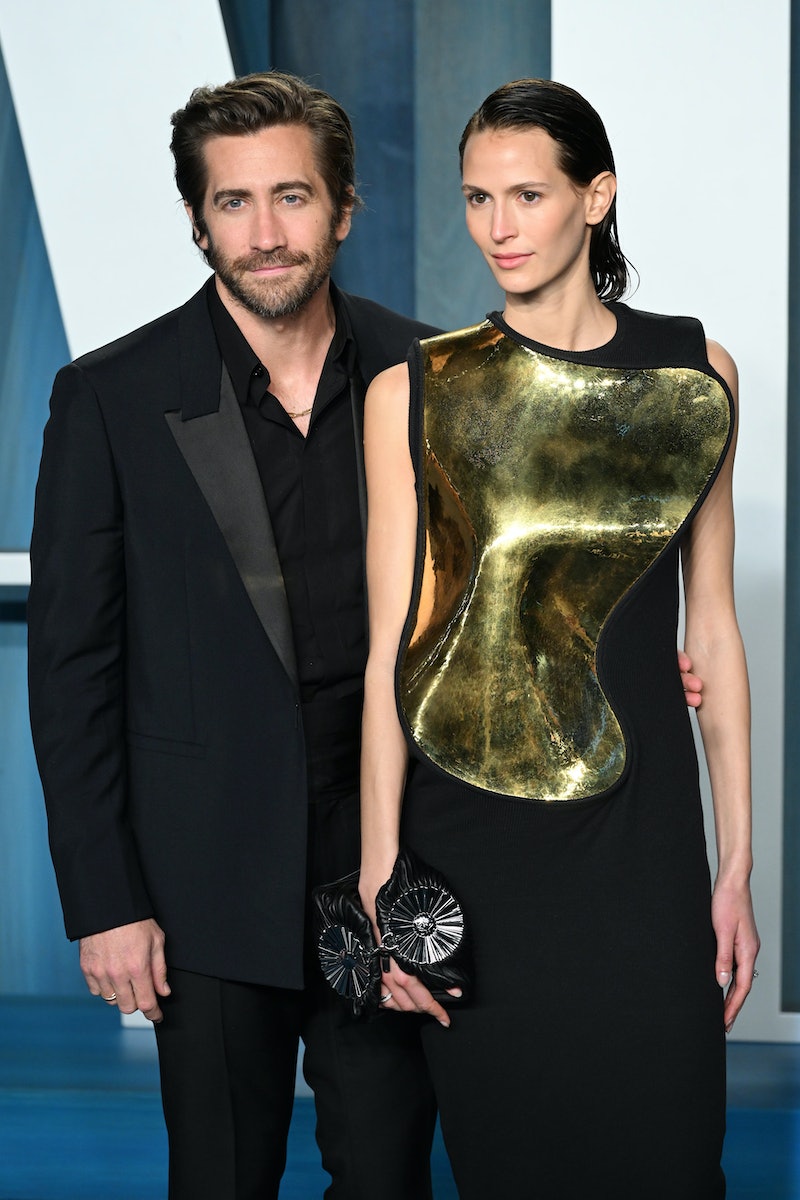 Fans have long speculated about who Jake Gyllenhaal is dating during his time in Hollywood. Rumored romances have popped up often, but Gyllenhaal, who is known for keeping his love life private, has only been involved in a few confirmed high-profile relationships. However, the Oscar-nominated actor seems to be breaking his rule of silence with his current girlfriend.

Gyllenhaal has reportedly been dating model Jeanne Cadieu for nearly four years. The two were first linked in late 2018, but they never responded to dating rumors until September 2021, when the couple made their red carpet debut at the premiere of sister Maggie Gyllenhaal’s film The Lost Daughter. In February, 41-year-old Gyllenhaal made rare comments to Esquire about his relationship, saying that Cadieu feels like “family” to him. “I’m in a relationship that is full of love and support,” he said. “I feel so at ease.”

Gyllenhaal might feel so much at ease that maybe he’ll gush about Cadieu or hint at the next step in their relationship when he hosts Saturday Night Live on April 9. In a 2015 interview with Howard Stern (before he started dating Cadieu), the Spider-Man star expressed his desire to get married one day. “Oh, I hope so. I think it's hard for everybody, but I also think at some point, you just decide to grow up, you know?” he said. “I believe in monogamy. I believe when you meet somebody right, it will be right, and it will stay that way.”

In the same interview, the actor also divulged that he’d been truly in love twice. Which of his famous exes, rumored or confirmed, were one of the two? Let’s take a look back to find out.

Gyllenhaal’s first high-profile relationship was with Kirsten Dunst from 2002 to 2004. Gyllenhaal’s sister reportedly set the couple up, which also led to an iconic set of photos in the summer of 2003 when the pair ate salad in London. When this young couple broke up, Gyllenhaal’s rep confirmed the news, per E! “Kirsten and Jake remain the best of friends,” his rep said at the time. Dunst welcomed a son with Jesse Plemons in 2018.

By 2007, Gyllenhaal had begun dating his Rendition co-star Reese Witherspoon. The relationship began shortly after her divorce from Ryan Phillippe. Gyllenhaal and Witherspoon were frequently photographed alongside the her two kids. By 2009, the pair had split. But there’s no bad blood here. In a 2016 Entertainment Weekly interview, Gyllenhaal referred to his former partner as, “One of the strongest, smartest people I’ve ever met.”

Speaking of “Bad Blood” ... once upon a time, Gyllenhaal and Taylor Swift had quite the love affair. In fall 2010, photos of the couple strolling around New York in chunky scarves, holding lattes emerged. By early 2011, this obsessed-over couple had blown away like the fall leaves. But remnants of the relationship found their way into tracks on Swift’s 2012 album Red, including “All Too Well,” which references Swift leaving a scarf at Maggie Gyllenhaal's house.

In summer 2013, Gyllenhaal was linked to Sports Illustrated model Alyssa Miller. In 2014, the couple reportedly broke up because of distance during Gyllenhaal’s busy filming schedule.

While working on the Broadway play Constellations in 2015, rumors swirled of a showmance between co-stars Ruth Wilson and Gyllenhaal. But, other than a few photos of the cast mates on cozy outings, there was never official word on the state of their relationship.

That brings us to Gyllenhaal’s current relationship status. Per Us Weekly, Gyllenhaal has been dating 26-year-old model Cadieu since 2018. While they kept quiet for the first few years, the couple eventually confirmed their relationship on the red carpet at the premiere of his sister Maggie’s directorial debut The Lost Daughter, and he hasn’t been able to stop gushing about her ever since.

Speaking to Howard Stern in October 2021, the actor hinted that Cadieu could be “the one” — without actually saying it — when he talked about his dreams of marriage and children. “I love her so much, she’s such a good person,” he said, adding that marriage was a potential “choice for both of us.” In his later interview with Esquire, Gyllenhaal explained that he’s no longer too shy to talk about his romance. “I’m not unaware that there’s interest in my life,” he said. My life is wonderful. I have a relationship that is truly wonderful, and I have a family I love so much. And this whole period of time has made me realize that.”

More like this
Who Is Nick Cannon Dating & How Many Kids Does He Have?
By Jordyn Tilchen and Radhika Menon
Hailey Bieber Just Responded To *That* Viral Met Gala Moment
By Radhika Menon and Sam Ramsden
Blake Lively & Ryan Reynolds’ Relationship Timeline Includes 4 Baby Bumps
By Jake Viswanath
Gigi Hadid’s Dad Shared What He Knows About Those Leonardo DiCaprio Rumors
By Brad Witter
Get Even More From Bustle — Sign Up For The Newsletter