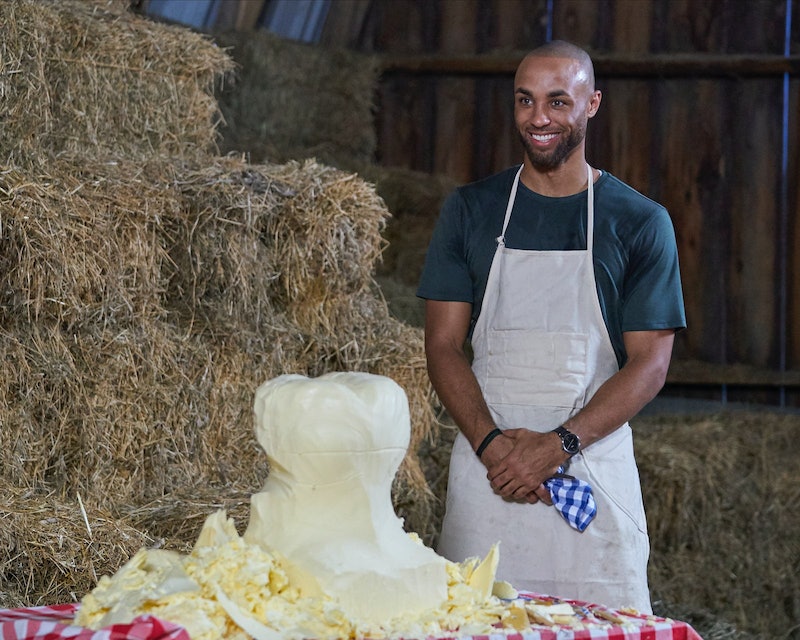 Dating from within your hometown can make for excellent dates, but also extremely awkward post-breakup run-ins. As to which end of the pendulum Bachelorette contestant Joe Coleman’s fate will swing, fans don’t have to wait long to find out — the fantasy suite episode is already on Dec. 14, and we’ll see if he makes it to the final two.

Joe was off to a rocky start in his fight for fellow Minnesotan Michelle Young’s heart. Immediately after his limo entrance, Michelle revealed the two had a preexisting relationship after she slid into his DMs and he ghosted her after a few exchanges. During Week 1, she confronted him about his disappearing act and decided to move forward with him.

Their romance blossomed from there. When they landed in Minnesota during the Nov. 16 episode, Michelle immediately asked Joe on a one-on-one date and took him to her high school and played a game of basketball, among other things. He then returned the favor during the hometowns episode on Nov. 30, when he took Michelle to his high school and surprised her with a private prom setup complete with a photo booth. After Michelle met his family, Joe told them he was ready to propose. He made it to the top 3 by the end of the night.

Michelle hasn’t shied away from speaking about their connection. In an interview with People on Nov. 23, Michelle said, "We both understood so many things about each other without having to necessarily talk about those things because of how we were raised, because of the basketball community, because we had similar passions.” She even added that he “understood a piece of me that none of the other guys did.”

That’s not to say his place is secure, and recent post-filming events suggest they’re not dating anymore. If Joe ends up being sent home anytime soon, these same things Michelle is grateful for — their shared hometown and basketball community — may make for very uncomfortable sightings. It’s already happened at least once, it seems.

Both Michelle and Joe attended the Minnesota Vikings football game on Oct. 31, and they were shown on the big screen at different points. They notably weren’t seated together and, according to Reddit users, Joe seemed like he didn’t want the attention. One user wrote, “I was at the game and Joe did look that uncomfortable.”

Joe hasn’t been spotted out much since filming wrapped, nor has he been updating his Instagram that often. Apart from the occasional Bachelorette update, his social media is pretty bare. He mostly only shared one of his dates with Michelle and, on Nov. 30, he said he was proud to be included in the history-making, first-ever final four where all of the contestants are Black. He wrote, “Shouts to ms young for being a black queen, following her heart and doing what’s best for her. i’m honored to be a part of this moment with such a great group of individuals.”

If he’s not posting updates with “Ms. Young,” he can be spotted solo drinking a cup of Joe — err, hot chocolate. So, unfortunately, there are no clues as to whether he’s dating or not. If he is, he’s really good at keeping things low-key.

If he is single after the show, it might not stay that way for long. Already, fans are lining up in the comments of his Instagram posts with some permutation of “If Michelle doesn’t pick you, can I?” Remember, slide in the DMs, ladies. He hopefully won’t ghost anyone this time.