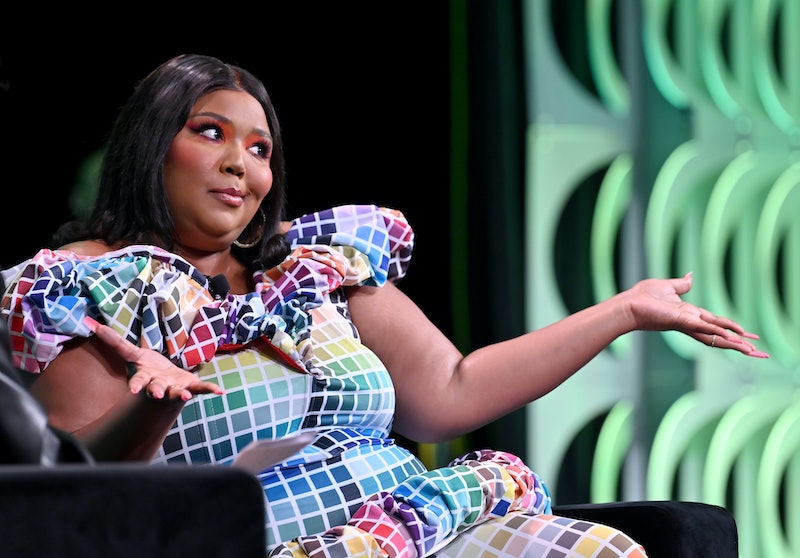 Lizzo may have had a very public flirtation with Chris Evans, but more recently, she was spotted with a new person. She was seen holding hands with a mystery date outside of Craig’s restaurant in West Hollywood on Valentine’s Day, PopSugar reported in February. Two months later, it appears she’s still going with this mystery man, though she’s still not divulging his identity.

During an April 18 interview on SiriusXM’s Andy Cohen Live, Cohen asked the 33-year-old Grammy winner whether she’s still involved with the mystery guy. After laughing, Lizzo responded, “Yeah, whatever, yeah.” Cohen then asked if it’s difficult being in her shoes while her man doesn’t appear to be a celebrity. After a beat, the “About Damn Time” singer said, “If you have the right person then no. Not at all, it’s not even a factor. It should be mutually supportive no matter what that person does.”

On Valentine’s Day, photographers spotted Lizzo and her date at the Los Angeles hotspot Craig’s. She was sporting a sparkly red dress, while her potential date was dressed in head-to-toe in black and a face mask with an embroidered heart. Only the person’s eyes were visible, making their identity pretty difficult to discern, but fans were quick to jump to the conclusion that it meant Lizzo was dating someone.

The two were spotted at Craig’s yet again for her 34th birthday party on April 26, but this time, he was wearing sunglasses so his eyes weren’t visible, and fans still aren’t able to discern him — yet.

The “Rumors” singer didn’t comment on the outing or clarify her date’s identity at the time, but did take to Instagram on the same day to share some reflections about how her perception of love has changed. “When you think of love, what’s the first thing that comes to mind? Is it romance? Flowers & candy?” she wrote alongside a photo of her in a crown of pink roses. “I’ve come a long way in redefining love. I think of compassion for others, talking on the phone w friends and laughing all night, looking in the mirror & dancing for myself. Love is a precious element, like gold. unbreakable and unconditional. Redefine what being in love feels and looks like. Help a stranger, call a friend, hype yourself up. I’m praying you attract the love you deserve.”

In the past, Lizzo has been pretty private about her love life. At a May 2019 concert, she revealed the line, “new man on the Minnesota Vikings,” on her hit single “Truth Hurts” is about someone from her hometown from Detroit. But that’s about the closest she’s gotten to revealing anything about her dating history.

She has, however, been very vocal about self-love and not needing a relationship to feel whole or fulfilled. “Even if I were in a relationship, I’m a single-minded individual, and I really like my freedom,” she told People in July 2019. “I think there’s a lot of people that need to be in relationships and need to be in love. I want it sometimes, but I don’t need it.” Lizzo has also been clear that she’s open to a range of potential partners, as she told Teen Vogue in 2019: “When it comes to sexuality or gender, I personally don’t ascribe to just one thing. I cannot sit here right now and tell you I’m just one thing.”

More like this
Everything To Know About 'RHONJ' Season 13
By Brad Witter
Elizabeth Olsen's Chris Evans Friendship Update Was Accidentally Hilarious
By Grace Wehniainen
Grey's Anatomy Fans Are Worried They Figured Out The Sad Reason Japril Returns
By Brad Witter
Hayden Panettiere Will Return For 'Scream 6': "We F*cking Won, Scream Fam"
By Jack Irvin and Jake Viswanath
Get Even More From Bustle — Sign Up For The Newsletter