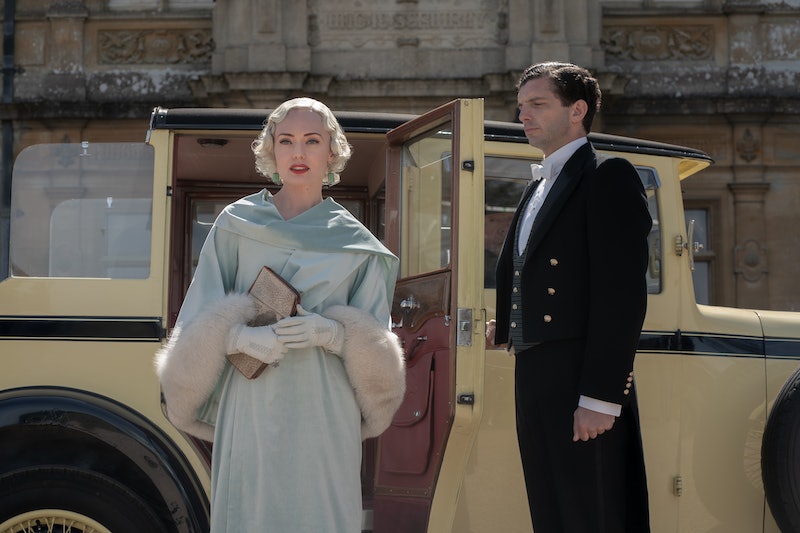 And just like that we’re back at Downton. In the highly anticipated sequel, Downton Abbey: A New Era, Hollywood comes to the stately home, too. Starring in a film being shot at the grand estate, Myrna Dalgleish, a silent movie star, is played by The Inbetweeners Movie’s and White Lines star Laura Haddock. But Is Myrna Dalgleish based on a real person? Haddock revealed the inspiration behind her character in a new interview.

Though Myrna Dalgleish is a fictional character, Haddock told RadioTimes that there were real-life inspirations for the leading Hollywood lady she portrays. "I kind of dove deep into my research in and around the actresses that working at that time and all went through this big shift in their career," said Haddock. "Norma Talmadge was one that I was really kind of obsessing over.”

American actor Norma Talmadge was a superstar of the ‘20s, and found success during the silent film era. Her “talkies” (films with sound added to them) proved far less successful, though. This, together with the fact that many Hollywood stars of the time tended to have far shorter careers, intrigued Haddock.

“What was very interesting to me was Myrna’s battle was with finding her voice and accent actually, a lot of these actors and actresses’ battle was learning a language because a lot of them who were the big movie stars of the time weren't English-speaking,” said Haddock. "So if you're working in Hollywood, that was, I mean, you done and somebody else was recast. So yeah, I got pretty obsessive about the time and you know, and it informs what we're doing today. Right?”

She continued: "So it was doubly as interesting to me that I was looking and researching this character, but also it's cool to know how our careers have progressed in the way that they have because of these moves that the industry made and what the actors within the industry had to put up with."