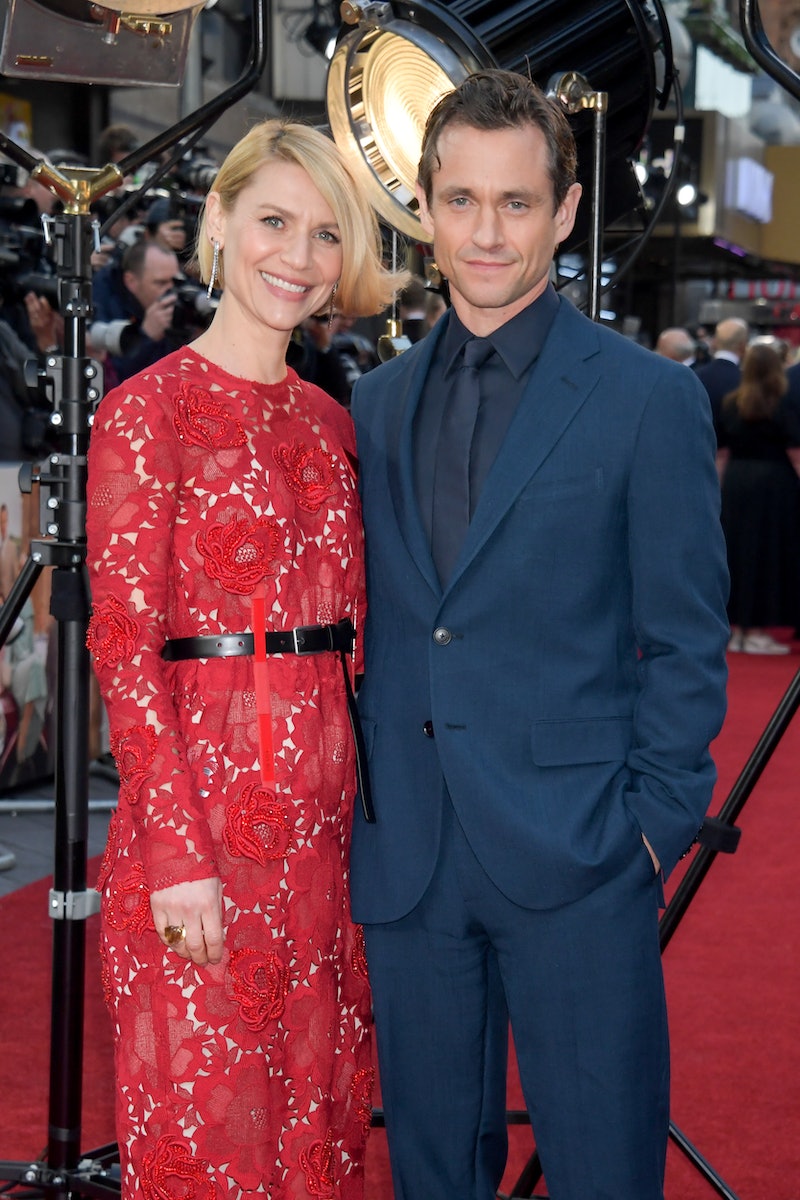 When it comes to actor power couples, there are few duos sweeter than Downton Abbey newcomer Hugh Dancy and his wife of thirteen years, fellow actor and Homeland star Claire Danes. After first meeting on the set of Evening in 2007, they married in 2009, share two children, and have been loved-up ever since. Adding to the kismet of it all, Danes even called Dancy’s turn in Downton when she described the traits of her husband, long before his Regency-era character, Downton Abbey: A New Era’s Jack Barber, was even a whisper in Julian Fellows’ imagination. "He is a gentleman. Downton Abbey-esque? I guess,” Danes told Glamour in 2014. “He was raised well, went to great schools, he's a clever guy and he makes me giggle... I scored. I lucked out, big-time.” Cute, eh? Here’s a potted history of Danes and Dancy’s relationship.

Back in 2006, the actor couple met on the set of Evening – an adaptation of Susan Minot’s 1998 novel of the same name. In the film, Danes plays a cabaret singer called Ann who heads to Rhode Island ahead of her best friend’s wedding, but quickly gets entangled in a kind of love triangle with fellow guests Harris and Buddy (played by her IRL husband Dancy).

“I was very recently single, and I had never been single before, so we were just friends for a while. [Hugh and I] met in Rhode Island when it was at its most audaciously beautiful, in the fall,” she later told Marie Claire. “And there was one day when we were bicycling by the water and it was sparkly and idyllic, and I just had this dumb epiphany, like, I’m really just happy.”

"I was there when it was happening and it's something that I will never forget,” their co-star Mamie Gummer told Bustle. “I'm incredibly happy for them. They are perfect for each other."

When the pair first met, Danes had vowed to stay single for a while after being a serial monogamist “since the moment I hit puberty basically.” While she and Dancy were just friends, the Homeland star told the podcast Armchair Expert that she went on a date with someone else, and after an ensuing one-night stand, her “palate was cleansed”. When she returned to Evening’s set she realised the depth of her feelings for her co-star. “Oh s**t! I think I’m going to marry this person,” she recalled.

“I can only say, I'm really glad that my wife chose to have a one night stand with an inadequate lover,” Dancy later joked to SiriusXM.

That, and Hugh Dancy’s love of crafting

“When we first started sorta-kinda-dating for real (ish), I had an ornament-making party for Christmas, and he helped organise it,” Danes told Net-a-Porter. “Then he made an ornament of cowboy paper dolls, and I thought, ‘and he crafts?’ That was it. You have me for the rest of our lives.”

The couple tied the knot

In 2009, Danes and Dancy got married in France, announcing their union a few weeks later, but otherwise keeping the details of the low-key ceremony under wraps. That said, Danes later opened up about married life in an interview with The Edit. "Marriage is wonderful. It's challenging, and ... it just keeps getting deeper,” she said. "It's a huge asset to have a partnership with someone you trust and admire, and want to make out with."

They’re similarly private when it comes to parenting

The couple now have two kids together: their eldest son Cyrus was born in 2012, while his younger brother Rowan was born in 2018. While Danes was filming Homeland, Cyrus would sometimes visit the set, she later told People. “He says, ’Action!’ He’s a real set baby. It’s really sweet. He loves the [show’s operations room] because of all the lights. It’s a great environment for a kid. It’s the circus!”

After getting married, Dancy and Danes were forced to go long-distance for several years. Danes was shooting Homeland in North Carolina while her husband was in Toronto starring in Hannibal. “That was tough,” Danes later told Net-a-Porter. “That distance is corrosive, and I’m just bad at it. And I don’t particularly want to get good at it. We learned along the way how essential it is for us to be physically together as often as possible.”

Nowadays, the couple and their sons live together in New York City.