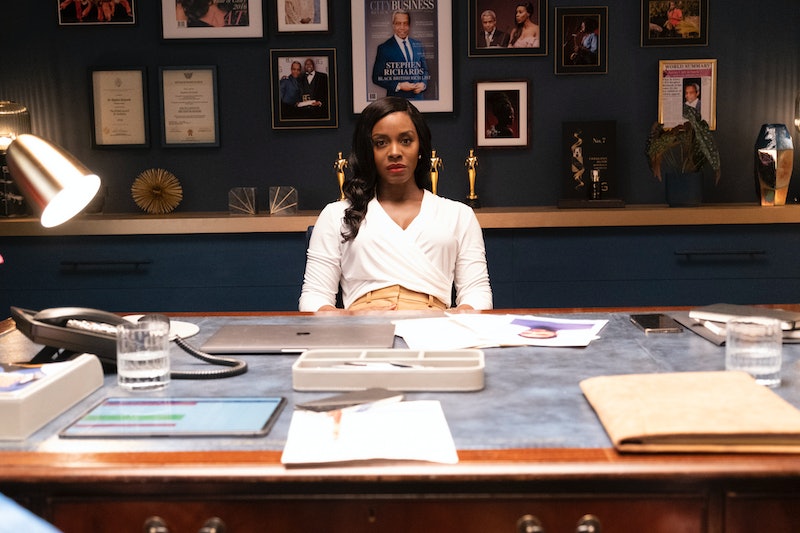 No one who ever said business is boring watched new ITVX series Riches. It follows members of the Richards family as they draw battlelines over control of the family business Flair & Glory. A Black haircare and cosmetics company, F&G is hugely successful and all the Richards want as big a slice of the pie as possible. But is Flair & Glory based on a real company?

While it does have a passing resemblance to the name of a real-life cosmetics and skincare company, Soap & Glory, F&G is an entirely fictional business. Showrunner Abby Ajayi chose to focus on a haircare company because, as Stephen notes in episode one, the Black haircare industry is a billion-pound market, but it’s one actual Black people rarely profit from.

In recent years, conversations about Black-owned businesses and questions about why Black hair needs are still ignored by mainstream haircare companies have come to the fore. Ajayi explained in a statement about the show, “In telling a story about a Black-owned, hair, and cosmetics empire, I wanted to tap into entertaining, contemporary stories about British identity. Black beauty is political, it is also irreverent, creative and very lucrative.”

Interestingly, until Stephen gifts the majority stake of the business to his eldest children Nina and Simon, Black women were shut out of the company’s control. As is revealed in episode one, F&G was the brainchild of Oyin — Stephen’s first wife and Nina and Simon’s mother. While Nina calls Claudia a thief, she also didn’t have much control in the day-to-day running of the business. Even before Stephen passes away, Claudia has to resort to installing a mole to keep tabs on what’s happening in the company.

By having the show start off in the hands of Stephen, Riches gives us, per ITV, “the kind of assured, Black male success that is too rarely depicted on screen.” And then, as control is handed to Nina, putting her in Claudia’s firing line, the show shifts the focus firmly onto two powerful, complicated Black women.

Meanwhile, Sarah Niles who plays Claudia, notes that a show depicting two Black women in this way is still, sadly, a rarity. “I’ve never seen that on British TV before. These two headstrong, powerful Black women,” she told ITV.

As for who will end up with ultimate control of Flair & Glory? Only Riches can answer that. Watch the series on ITVX from Dec. 22.