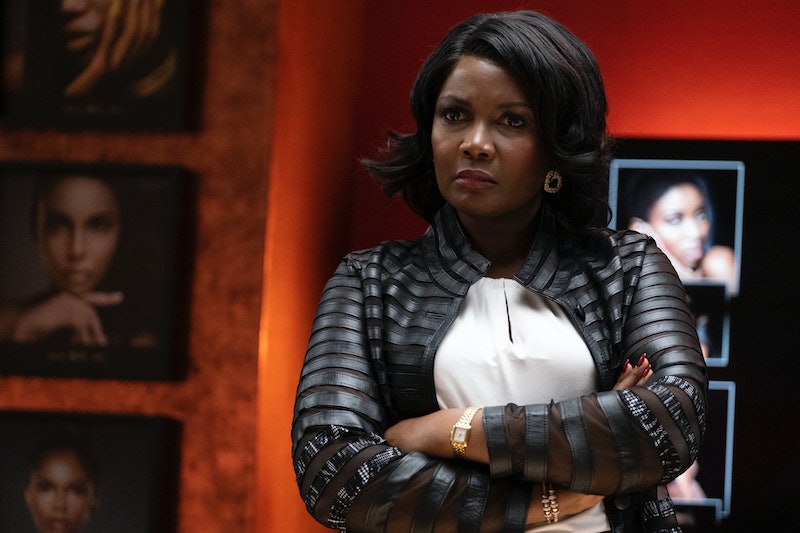 With Black representation being more prominent on-screen with recent shows such as House of the Dragon, The Lord of the Rings: The Rings of Power, and Bridgerton, it’s exciting to see UK productions also embracing the portrayals of marginalised groups more. ITVX and Amazon’s upcoming series Riches puts a Black British family firmly in the upper echelons of society, with glitz and drama enough to make it the UK’s answer to Succession. Following the death of the wealthy family patriarch, daughter Nina (Deborah Ayorinde) is left to save the Richard family’s Black hair and beauty empire. The problem is, she and her brother Simon (Emmanuel Imani) are from their father’s first marriage, and being included in her father’s will causes tension with the Richards’ current widow Claudia (Sarah Niles) and her adult children. With this captivating plot, viewers may wonder who Niles is, and what has she done before portraying Claudia in Riches?

Niles was born in South London to parents who moved to the UK from Barbados in the late 1950s. She seemingly found a sense of belonging onstage early on, acting in school plays and later training in Manchester’s Capitol Theatre. Niles has also performed at the National Theatre, the Old Vic, the Royal Court, and the Royal Shakespeare Company, as well as worked extensively on screen.

TV viewers might recognise Niles as Officer Funmi in I May Destroy You, but she has most recently starred opposite Jason Sudeikis in comedy series Ted Lasso as sports psychologist Dr Sharon Fieldstone, a role for which she received an Emmy nomination.

Of Niles’ most memorable TV roles, she reflects that they all have a sense of stillness, telling the Guardian, “I’ve started to realise that all those characters have a kind of resting place. Dr Sharon’s like that. Funmi the police officer and Melissa the teacher [in Catastrophe] is like that. “I’m quite bouncy and hyper in real life and I probably don’t get enough sleep. But on screen, stillness is my power.”

In Riches, viewers will see a different side of Niles as she portrays a matriarch in a villain-like role. She says of her character Claudia to Popculture.com, “I think she’s challenged by anybody that might pose a threat, male or female. I think she’ll take them out. Nina is a much more difficult character for her to take out.”

Riches will be available to stream on ITVX from Dec. 9, and broadcast on ITV1 in 2023.

More like this
Yes, 'The Price Of Glee' Is Available To Watch In The UK
By Catharina Cheung
Turns Out George Clooney Is A Huge Fan Of This Classic British Game Show
By El Hunt
Adam Ali Hopes 'Waterloo Road' Will “Subvert” Queer Misconceptions
By Sam Ramsden
Everything To Know About The 'Daisy Jones & The Six' TV Series
By Maxine Harrison and Brad Witter
Get The Very Best Of Bustle/UK
Sign up for Bustle UK's twice-weekly newsletter, featuring the latest must-watch TV, moving personal stories, and expert advice on the hottest viral buys.