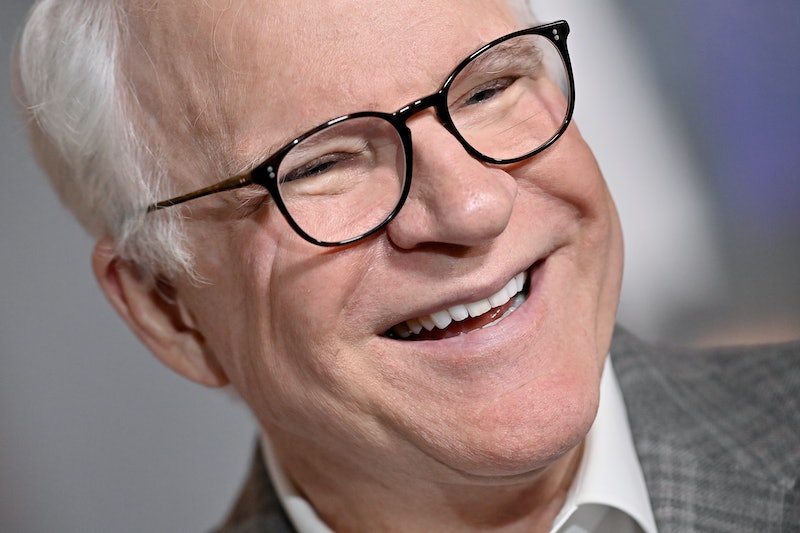 Steve Martin is getting ready to hang his hat up. The 76-year-old comedian hinted at impending retirement in a new interview with The Hollywood Reporter on Aug. 10, revealing that his turn on Only Murders in the Building would likely be his final onscreen role. Martin explained that he did not plan to pursue more work beyond his current projects with longtime friend and collaborator Martin Short, including the Hulu series, in which they star alongside Selena Gomez, and their ongoing live comedy shows.

That said, Martin seems averse to using the word “retire.” According to his wife Anne Stringfield, the actor has always threatened to retire before filling his schedule with new projects anyway. “My wife keeps saying, ‘You always say you’re going to retire and then you always come up with something,’” he recalled. “I’m really not interested in retiring. I’m not. But I would just work a little less. Maybe.”

If Martin is actually planning to stop acting, he’s going out with a bang. The first season of Only Murders, which he co-created and serves as an executive producer, received 17 Emmy nominations, including Outstanding Comedy Series and nods for both Martin and Short for Outstanding Lead Actor in a Comedy Series (although Gomez was snubbed for Lead Actress, which her co-stars were not thrilled about). The murder mystery show is receiving rave reviews for its ongoing second season and has already been renewed for Season 3.

Martin got his start as a stand-up comic and comedy writer in the mid-1970s, starting a relationship with Saturday Night Live that has led to him hosting the show 15 times. He pivoted to films over the next few decades, with blockbusters like Cheaper by the Dozen, Father of the Bride, and Parenthood making him the beloved Hollywood actor he is today. Only Murders marks his first leading role in a TV series, and while he’s thinking about slowing down in the future, he also knows how important the present is. “There’s a time in your career when people are dying to see you,” he told THR. “Now is the time in my career when I’m the one who’s got to show up.”

More like this
Here’s Everything Coming To & Leaving Netflix In October
By Jake Viswanath
Trevor Noah Hilariously Clapped Back At Racist Attacks On ‘The Little Mermaid’
By Brad Witter
'Grey's Anatomy's New Intern Got Advice From Dr. Bailey Herself
By Grace Wehniainen
The 'Reasonable Doubt' Cast Includes A 'Save The Last Dance' Reunion
By Grace Wehniainen
Get Even More From Bustle — Sign Up For The Newsletter