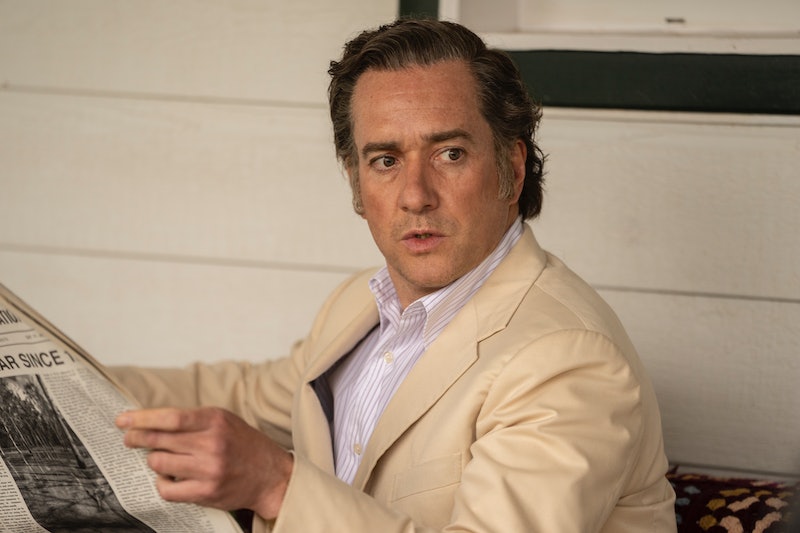 The new year brings new shows, and ITV has certainly delivered with their latest drama Stonehouse. Starring Succession’s Matthew Macfayden, the three-part series covers a scandal involving Labour MP John Stonehouse, who faked his own death in a story filled with fraud and accusations of being a spy. But is Stonehouse based on a true story?

Stonehouse was elected as an MP for Wednesbury, Staffordshire, in 1957. Serving under British Prime Minister Harold Wilson in the 1960s, Stonehouse held positions as Minister of State for Technology, Postmaster General, and Minister of Posts and Telecommunications. However, despite being described by Macfayden as a “shining light in the Labour party,” not all was well behind closed doors for Stonehouse.

The MP faced numerous fraud charges, and in 1974 he decided to fake his own death to avoid the ramifications. He was last seen on a beach in Miami, Florida, where he left his clothes folded on the beach. Stonehouse was assumed to have drowned or been eaten by sharks when he had taken the identity of a deceased constituent and travelled to Australia with his secretary Sheila Buckley, with whom he was having an affair.

It wasn’t long until Stonehouse was caught in Australia. On Christmas Eve that same year, police mistook him for another missing British man called Lord Lucan, who disappeared after becoming a suspect in the death of his children’s nanny. Back in the UK, Stonehouse represented himself in court. He was charged with fraud, theft, and forgery and sentenced to seven years in prison.

Some also believed that Stonehouse had been working as a Czech spy. The MP was first accused in 1969 by Josef Frolík, a defector of the Czech secret services, which was denied by Prime Minister Wilson. However, Sir Michael Havers, attorney general to Margaret Thatcher, was “sure … [he] had been a spy for the Czechoslovakians,” as stated in classified documents released in 2010, but “had no evidence which he could put before a jury.”

Like Wilson, Stonehouse’s daughter Julia also denies the rumours of her father being a spy. Instead, she said the cause of his faking his death was due to his deteriorating mental health “coupled with the effects of Mandrax, [a sedative] also known as Quaaludes, that he was taking in 1966 while he was a government minister, flying about everywhere,” as she told The Guardian.