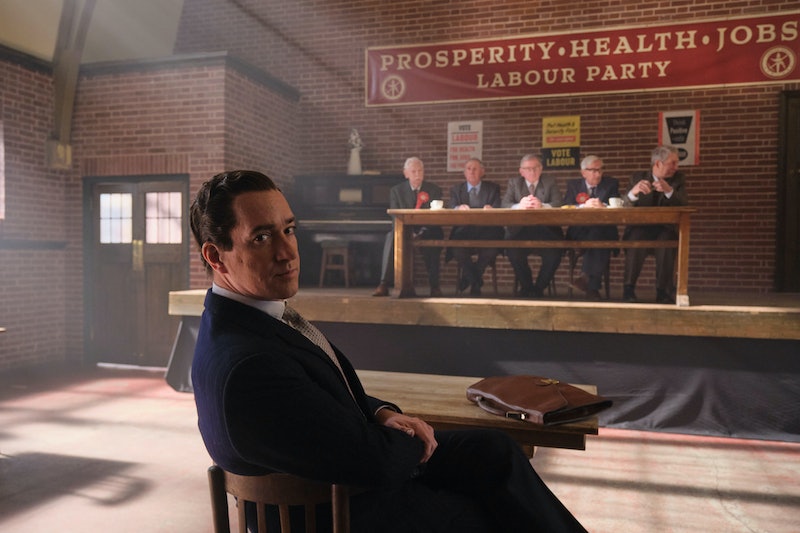 Succession fans will surely not be disappointed to hear that Matthew Macfadyen will be starring in ITV’s new drama Stonehouse as leading man John Stonehouse, the disgraced Labour MP embroiled in drama in the 1970s. Written by John Preston and directed by Jon S. Baird, Stonehouse will explore how a Labour MP and member of Harold Wilson’s government came to disappear one day and seemingly fake his own death.

Of the new three-part series, Macfadyen said in an ITV press release, “what happened to John Stonehouse is the stuff of legend. I’ve always been intrigued by what motivated him to fake his own death, and leave behind the family he loved and doted upon and a promising political career.” He added that “John Preston’s script truly captures the man and his colourful life and I’m looking forward to taking on his character.” Ahead of this drama hitting our TV screens, here’s everything we know about ITV’s Stonehouse so far.

According to the ITV synopsis, John Stonehouse was known for his charisma, charm, and confidence. He even managed to impress then Prime Minister Harold Wilson early on in his political career. He seemed the perfect candidate to take on a life in politics with a military background as a war veteran and a degree from the London School of Economics.

But we soon begin to realise there’s more to Stonehouse than meets the eye. He has an affair with his secretary, Sheila Buckley, and served as a spy for the Czech Secret Service in the 1960s. The web of lies eventually take their toll on Stonehouse and he begins to establish an elaborate conspiracy that involved stealing the identity of constituent that recently passed away in order to begin a new life in Australia.

One thing leads to another, and Stonehouse attempts to fake his own death, leaving behind his wife, Barbara, and their three children.

Starring alongside Matthew Macfadyen, Keeley Hawes of The Bodyguard and It's A Sin fame – and also Macfayden’s IRL wife – will take on the role of Barbara, Stonehouse’s wife.

Stonehouse will be available to watch on ITV and ITV Hub for UK viewers and on Britbox for viewers around the world. However, the release date is yet to confirmed by ITV. However, I will update you as soon as there is more information.

More like this
Here’s Everything To Know About ITV’s Latest Rom-Com 'You & Me'
By Catharina Cheung
Russell T Davies & Helena Bonham Carter Are Teaming Up In A New TV Show
By Sam Ramsden and Frances Stewart
ITV’s Six Four Is Based On A Best-Selling Japanese Mystery Novel
By Sophie McEvoy
Mel C, Courtney Act, & Rob Beckett Will Be Judges On ITV’s New Drag Show
By Sam Ramsden
Get The Very Best Of Bustle/UK