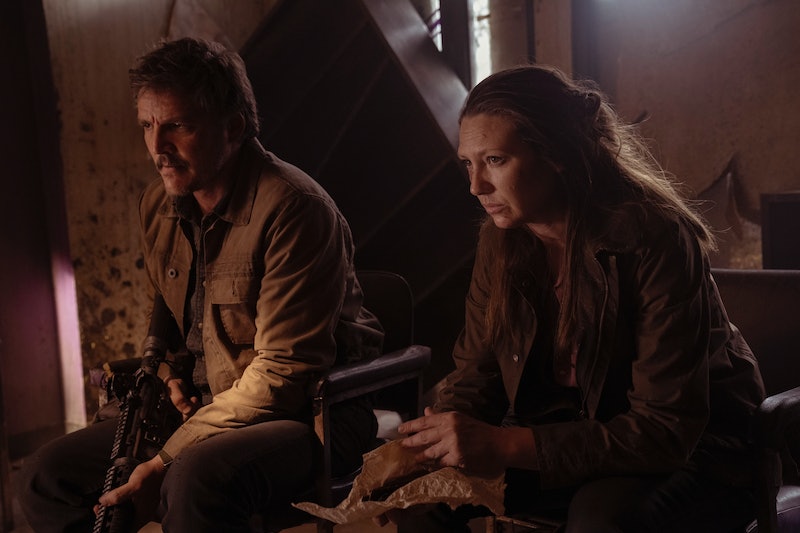 Spoilers ahead for The Last of Us. Everything is a matter of life and death in HBO’s The Last of Us, which is set 20 years after an unstoppable brain-invading fungal infection destroyed modern civilization in 2003. Based on Naughty Dog’s PlayStation video game of the same name, the post-apocalyptic drama’s 2023 timeline centers on hardened survivor Joel (Pedro Pascal), who joins longtime smuggling partner Tess (Anna Torv) on a high-stakes, cross-country mission to deliver 14-year-old Ellie (Bella Ramsey) out of an oppressive quarantine zone in Boston. By Episode 2, however, the trio suffered their first casualty when Tess died in a heroic show of self-sacrifice.

Tess’ tragic death likely didn’t come as much of a surprise to those who have played the video game, which covered the fatal incident in much the same way as the HBO series. Though Joel, Ellie, and Tess were able to fend off infected zombies in the abandoned museum, it turned out one of them was hiding something. After arriving at Boston’s capitol building to rendezvous with the Fireflies who intended to transport Ellie west in hopes of finding a cure for the Cordyceps virus, Tess was forced to admit that she’d been bitten at the museum and would soon turn into an Infected herself.

That’s where the series slightly deviates from what happens early on in the game. In the original version, Federal Disaster Response Administration (FEDRA) soldiers were closing in on the group, so Tess offered to take them on so that Joel and Ellie had a chance to escape. Though players only hear gunfire followed by Tess’ scream after FEDRA officers storm the building in the death scene, Joel soon saw her dead body lying in the entryway and overheard that she’d killed two of their men in the process.

In HBO’s adaptation, however, a quickly approaching mob of zombies causes Tess to give her life for Joel and Ellie. After dumping fuel all over the floor, she flicked her lighter as the zombies rushed the capitol. The only problem? Her lighter wasn’t working. Just as one of the monsters began attacking her and all hope seemed lost, however, Tess was able to get a spark. Already outside, Joel and Ellie saw the explosion and came to the realization that Tess wouldn’t be exiting the building behind them.

While it appears that Tess is really dead — which would track with the game’s storyline — there is a small glimmer of hope that the character could return. Unlike in its source material, the show never showed Tess’ body, so there’s a chance she could have survived — even if as an Infected. Add to that the fact that Torv, the actor who plays Tess, is credited as being in at least five episodes of the series. What’s more likely though is that she will appear in flashbacks as the show revisits more of what happened between 2003 and 2023.

More like this
Here’s What Happens To Bill & Frank In 'The Last Of Us' Video Game
By Brad Witter
Hallmark’s The Way Home Is Like 'This Is Us' Meets 'Back To The Future'
By Grace Wehniainen
The 'Gossip Girl' Reboot Creator Is “Looking For A New Home” To Air A Potential Season 3
By Brad Witter
The Song At The End Of 'The Last Of Us' Ep 1 Has A Deeper Meaning
By Sophie McEvoy
Get Even More From Bustle — Sign Up For The Newsletter
From hair trends to relationship advice, our daily newsletter has everything you need to sound like a person who’s on TikTok, even if you aren’t.