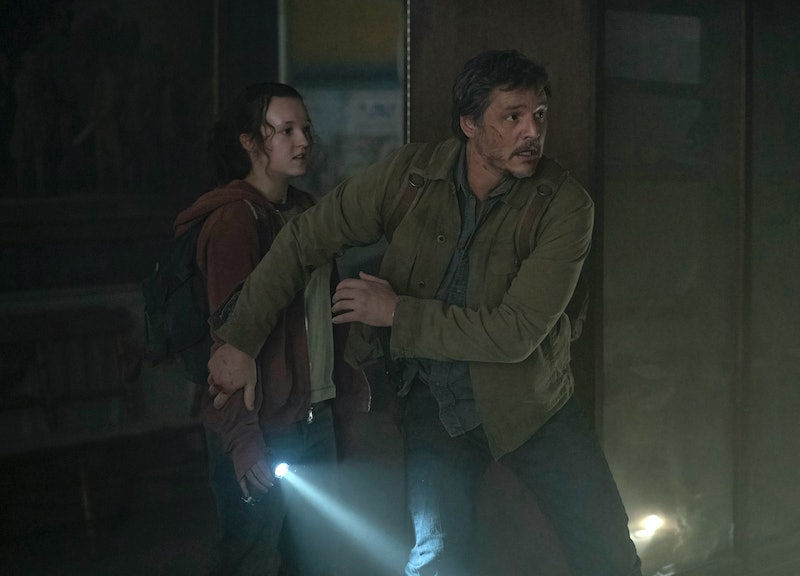 Spoilers ahead for The Last of Us video game. After Netflix’s The Witcher and Arcane, HBO Max is diving into the world of video game adaptations with The Last of Us. Dubbed the “best video game story ever” by co-showrunner Craig Mazin, The Last of Us is a zombie tale that, like The Walking Dead, is just as much about human relationships and moral dilemmas as it is about flesh-eating monsters. The series will adapt the first of two video games and star Game of Thrones actors Pedro Pascal and Bella Ramsey as the leads.

Here’s everything else to know about the series that reviewers are already calling “the best video game adaptation ever.”

The Last of Us Plot Summary

The first Last of Us game begins in 2013 when an outbreak of a mutant fungus called “Cordyceps” spreads across the country and turns humans into aggressive creatures called the Infected. In the game, you play as Joel (Pedro Pascal in the show), who is trying to flee the chaos with his brother Tommy (Gabriel Luna) and his daughter Sarah (Nico Parker). But tragedy soon strikes and Sarah dies in Joel’s arms.

Skip to 20 years later, when civilization has collapsed. The Infected have evolved into various forms of terrifying zombies, while the few remaining human survivors live in quarantine zones run by totalitarian military regimes. Joel is working as a smuggler alongside his partner Tess (Anna Torv) when they run into the rebel militia group the Fireflies, who oppose the quarantine zone authorities. The leader of the Fireflies, Marlene (Merle Dandridge) tells them she’ll give them a sizeable cache if they help to smuggle Ellie (Bella Ramsey) from Texas to Boston. Joel eventually learns why the Fireflies are so desperate to protect Ellie: she’s immune to the virus, and the Fireflies hope that she holds the answer to a cure.

The story was created by co-showrunner Neil Druckmann, who also wrote the recently adapted Uncharted. According to an interview with The Hollywood Reporter, Druckmann originally came up with The Last of Us story in 2004 while in college. While the idea initially didn’t go anywhere, Druckmann picked it back up again after working as a writer for the gaming company Naughty Dog.

“We wanted to do the opposite of Resident Evil — which I love, but it’s so over-the-top and you’re fighting giant spiders and it’s all about enemy variety,” Druckmann said. “What if it’s about intimate relationships — an exploration of the unconditional love a parent feels for their child and the beautiful things that could come out of that and the really horrible things that could come out of that?”

The Last Of Us Ending

According to The Hollywood Reporter, viewers can expect that Season 1 will cover all of the first Last of Us game. (Although Druckmann and Mazin didn’t outright confirm that, Mazin said “I don’t like filler,” and The Last Of Us is a pretty concise, story-driven game.) If that’s the case, this series will likely only be two seasons long, with the second season covering the Part II sequel that pushes the players into even more morally dubious territory.

The story can get really heavy, so if you’re unsure of whether you want to tune in, knowing The Last Of Us ending beforehand might help. (Naturally, major spoilers ahead!)

During their journey to find the Fireflies, Ellie and Joel hit several snags in the road and are forced to change destinations to Salt Lake City, Utah. They also struggle to survive come wintertime, while Ellie has a run-in with a cannibalistic group and is forced to kill a man. But they endure and grow close, and the cynical Joel comes to see Ellie as his daughter. They survive until springtime when Joel successfully delivers Ellie to the Fireflies in Utah.

It’s seemingly a happy ending, but then Joel finds out that to study Ellie’s immunity, the Fireflies will have to remove huge chunks of her brain, thus killing her. Unwilling to lose a daughter once again, Joel flies into a rage and murders all the Fireflies in the hospital, including Marlene. He escapes from the hospital with the sedated Ellie and drives away. When she wakes up, Joel claims that the Fireflies had already found other immune people but were unable to create a cure and gave up.

In the end, Ellie is wracked with survivor’s guilt, as she’s now robbed of the one thing — saving humanity — that fueled her journey across the country. It’s clear she doesn’t quite believe Joel’s lies, but it also looks like she can’t bring herself to really consider the alternative. The game itself ends on quite a somber note, with the player left to consider if they too would potentially doom the human race to save someone they love — and if, in the end, that makes Joel a hero or just another villain.