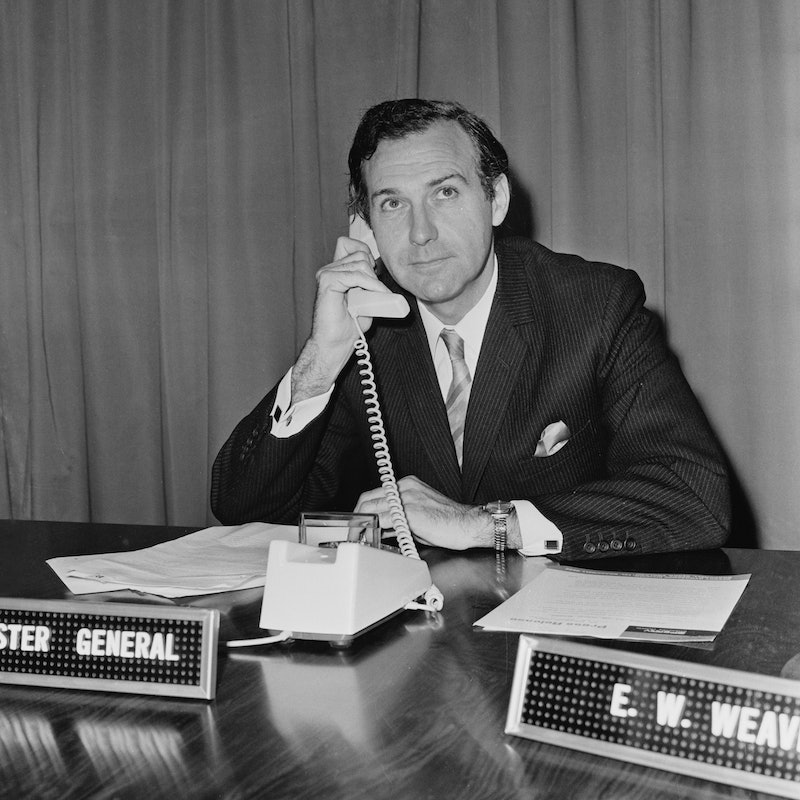 Jaw-dropping tales of faked deaths are a hot topic right now off the back of ITV’s recent real-life scammer story The Thief, His Wife and the Canoe, and if you were gripped by the tale of John and Anne Darwin’s five-year ruse, then buckle up for The Spy Who Died Twice. This new Channel 4 documentary looks at politician-turned-spy John Stonehouse, an MP that faked his own death and a story that will soon be dramatised for ITV in Stonehouse, starring Succession’s Matthew Macfadyen and his real-life wife, actor Keeley Hawes. But who is John Stonehouse, and where is he now?

First elected for the Labour Party back in 1957 in a Staffordshire by-election, John Stonehouse was a rising political star, and rose up the ranks to negotiate a deal between the UK and Czechoslovakia (now the Czech Republic and Slovakia), which involved sharing technological information, research, and facilities.

By the end of the 1960s, allegations that Stonehouse had been secretly working as a spy for Czechoslovakia during the height of the Cold War swirled — leading to further investigations and interrogations by MI5. Files in Prague, which are now publicly available, claim that he was paid £5,000 (roughly double an MP’s annual salary at the time) for his espionage, reports the BBC, though his daughter Julia claimed his spying wasn’t especially helpful. "I'm laying down the gauntlet here. Where's the evidence that he gave them any secrets?" she said.

With the authorities closing in, bankruptcy looming, and his political career effectively finished, Stonehouse began plotting his escape in 1974, and faked his own death the same year. Planting a heap of clothes on a Miami beach, the politician was presumed drowned. But really, he was on his way to Australia to start over, using the name of one of his constituents’ deceased husbands.

When Stonehouse began moving around large sums of money under fake names — including Joseph Markham — bank staff became suspicious and contacted the police. Initially, they believed that he was Lord Lucan, another British MP, who had disappeared just two weeks earlier after allegedly murdering his children's’ nanny, Sandra Rivett. Stonehouse was arrested, but but since he didn’t have Lucan’s distinctive scar on his upper leg, police figured out his real identity and the ruse was uncovered.

After being deported back to the UK, he was sent to prison for seven years, before being released early due to good behaviour. Stonehouse’s health was also failing: he had three heart attacks during his time inside.

After his release, Stonehouse started volunteering for the East London based charity Community Links, and joined the Social Democratic Party (who later linked up with the Liberal Party to become the Liberal Democrats). Fourteen years after his fake death, he had a heart attack and collapsed on a TV set during the filming of a show about missing people. He died three weeks later.

The Spy Who Died Twice airs on May 9 at 9pm on Channel 4.

This article was originally published on May 9, 2022