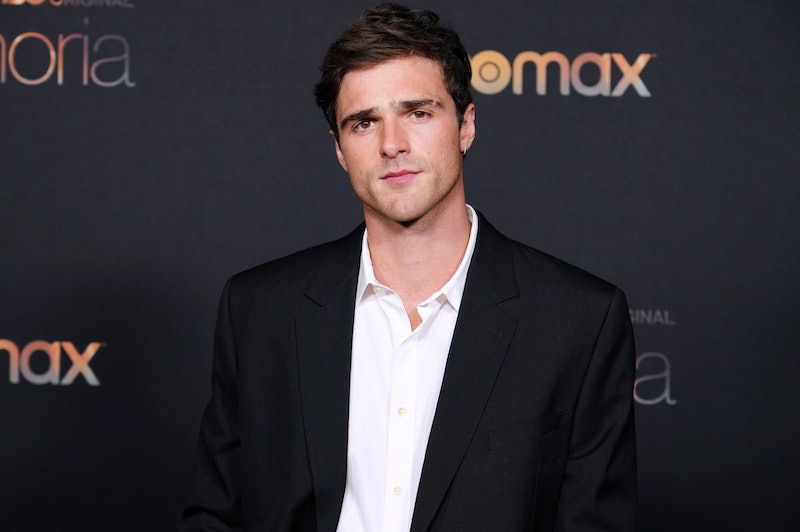 As fans of Euphoria know, the hit HBO series can sometimes be difficult to watch due to its potentially triggering subject matter. The teen drama, which returned for Season 2 on Jan. 9, follows a group of high school students as they navigate relationships, drugs, sex, identity, trauma, and more. And although filming such an intense series has its challenges, Jacob Elordi, who stars as Nate Jacobs, found a foolproof way to lighten the mood on set: selfies.

On Tuesday, Jan. 11, Elordi appeared on The Tonight Show Starring Jimmy Fallon to talk all things Euphoria, and the late-night host inquired about one of his favorite things to do while filming. “This show, Euphoria, I will say, is pretty dark at some parts,” Fallon said, adding that it must be a “stressful” series to be part of. “But I heard that to keep it loose, you would do this thing where you would grab people’s phones and just take their phones?”

But Elordi’s love for secretly taking selfies on people’s phones isn’t “Euphoria-specific.” “I think I was in New York a couple of weeks ago and I was at a bar and someone had left their phone sort of on a table somewhere, and I kind of just, like — there’s something about it,” he explained. “I want them to find it. I have this idea that they’re going to have the phone for like 40 years, and in 40 years’ time, they’re going to be like, ‘Oh, I’m going to go through my camera roll,’ like they don’t go through it every day, and be like, ‘Oh my God, who is this?’”

The Kissing Booth star does have some ground rules, though. “I don’t move it because I don’t want to be invasive, so I do the slide up,” he revealed, adding that he’ll slyly take a selfie without moving the phone at all. Unfortunately, he’s way better at staying off people’s radars in real life than in the series. At the end of the Season 2 premiere, Angus Cloud’s Fez smashed a bottle over his head when they crossed paths at a New Year’s Eve party, which fans were “stoked” about.

“They were so happy about it,” Elordi said. “I think me as Jacob, I would love to beat him up. I’d love to give him a clip around the ears. But, as Nate, I feel really bad. I had to get beat up. It sucked.” The show features a lot of these intense moments. In fact, the show is so intense that many of the cast members have advised viewers to watch with discretion. During a recent appearance on The Kelly Clarkson Show, Storm Reid said that the show may be “rough” and “hard” to watch.

Zendaya, who stars as Rue Bennett, also warned viewers of the potentially “triggering” scenes ahead of the Season 2 premiere. “This season, maybe even more so than the last, is deeply emotional and deals with subject matter that can be triggering and difficult to watch,” she wrote. “Please only watch it if you feel comfortable. Take care of yourself and know that either way you are still loved and I can still feel your support. All my love, Daya.”

More like this
Taylor Lautner Copped To Finding Jacob "A Little Annoying" In Twilight
By Stephanie Topacio Long
'RHOSLC’s Heather & Whitney Are Still On A “Friendship Break” After Season 3 Reunion
By Jake Viswanath
Who Is "Daddy" Pedro Pascal Dating? People Are Thirsting Over The 'Last Of Us' Star
By Alyssa Lapid
"Lavender Haze" Star Laith Ashley Breaks Down Filming With Taylor Swift
By Jake Viswanath
Get Even More From Bustle — Sign Up For The Newsletter
From hair trends to relationship advice, our daily newsletter has everything you need to sound like a person who’s on TikTok, even if you aren’t.