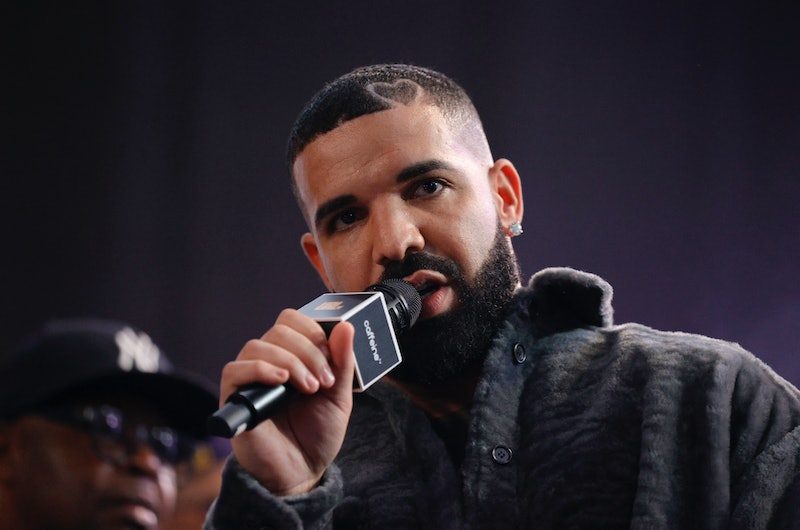 By now, it’s common knowledge that Drake is an executive producer on HBO’s Euphoria. But how much is the 35-year-old rapper actually involved in the making of the series? According to actor Storm Reid, who plays Gia in the teen drama, Drake has been very involved in the entire process and even made it a point to attend a table read for the new season, which premiered on Jan. 9.

“He’s really involved,” Reid said during a Jan. 10 appearance on The Kelly Clarkson Show. “We were doing table reads for season two a couple of months back, and of course, like you’re not expecting Drake to be at your table read. I pull up to the lot and he’s there with all of his homies.” Reid, 18, said that Drake showed up with his business partner, Future the Prince, and they sat through a three-hour table read.

“He was so involved and so in tune and you don’t really expect that from a person,” she continued. “I know that he’s a brilliant businessman and creative, but I mean he’s Drake. He doesn’t really have to pay attention in the table read and he did.” Reid added that his involvement probably shouldn’t come as much of a surprise since he got his start acting. From 2001 to 2009, Drake, whose real name is Aubrey Graham, played Jimmy Brooks in Degrassi: The Next Generation.

But Drake doesn’t just talk the talk; he also walks the walk. Reid kept checking back to make sure the “One Dance” rapper was paying attention during the table read and she wasn’t disappointed. “He’s so in tune, and of course I was kind of looking at him to see if he was actually paying attention and turning his pages, and you could tell he was feeling all the emotion,” she added. “I was like, ‘OK, Drake.’”

Elsewhere in the interview, the When They See Us star spoke about what an honor it’s been to work on the show, which follows a group of high school students as they navigate relationships, drugs, sex, identity, trauma, and more. “Euphoria is an incredible show that is depicting what young people are going through in this day and age, even though some of the content matter may be rough and it may be hard,” she said.

Ahead of the Season 2 premiere, Zendaya, who stars as Rue Bennett, warned viewers of the potentially “triggering” themes in upcoming episodes. “This season, maybe even more so than the last, is deeply emotional and deals with subject matter that can be triggering and difficult to watch,” she wrote. “Please only watch it if you feel comfortable. Take care of yourself and know that either way you are still loved and I can still feel your support. All my love, Daya.”

More like this
Grammys Host Trevor Noah Made Adele's Dream Of Meeting The Rock Come True
By Brad Witter
Pedro Pascal Barely Got Through The "Lisa From Temecula" 'SNL' Sketch
By Stephanie Topacio Long
Melanie Lynskey Plays A “Ruthless Leader” In 'The Last Of Us'
By Brad Witter
Ashton Kutcher Wants Danny Masterson “To Be Found Innocent” In Rape Retrial
By Jake Viswanath
Get Even More From Bustle — Sign Up For The Newsletter
From hair trends to relationship advice, our daily newsletter has everything you need to sound like a person who’s on TikTok, even if you aren’t.