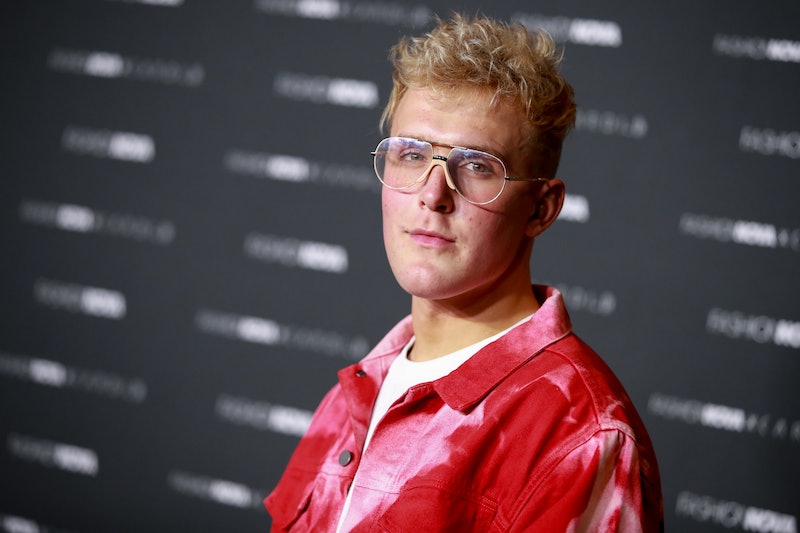 After making headlines last summer for throwing massive parties at his California home, YouTube star Jake Paul said COVID-19 is "a hoax" and that the lockdowns have gone on for long enough. "It's time for us to open up," he said in a new interview with The Daily Beast. "Obviously it's a controversial subject, but it's time for our nation to open up and go back to normal."

Paul — who earned a public condemnation from Calabasas mayor Alicia Weintraub in July after throwing a large house party — explained that he thinks the seriousness of the pandemic has been overblown. "There are people losing jobs, there are small businesses who are going bankrupt, there are millions of people who are unemployed right now, people are turning to alcohol and drugs to cope with everything that's going on," he said. "This is the most detrimental thing to our society. COVID cases are at less than 1 percent, and I think the disease is a hoax."

When Paul was told that COVID-19 was responsible for more than 260,000 deaths across the country, he brushed off the concerns. "Ugh. Yeah, and so has the flu," he responded. As The Daily Beast then pointed out, only between 20,000 and 70,000 people die every year from the flu, and there is a vaccine widely available to help prevent people from becoming gravely ill. "Don't we have a vaccine for COVID?" Paul asked. A coronavirus vaccine will likely not be available in the United States until 2021; currently, three major drug companies are working to develop one that is safe and effective.

While Paul admitted later in the interview that "if someone's at-risk, they should quarantine," he added that he doesn't believe that people who are young and healthy should practice social distancing or change their lifestyle. "These kids are losing out on education, they're missing their graduations, they're missing out on sports, kids are losing out on scholarships, restaurants, everything," he continued. "A hundred percent of our nation is shut down due to the 1 percent who's at risk, so that's what I meant about how COVID doesn't make sense to me. It doesn't add up."

The YouTube star-turned-boxer also suggested that no one knows the right way to handle the virus. "I don't think we do know who the health professionals are," he continued. "You know, 98 percent of news is fake, so how do we know what's actually real, and what we're actually supposed to do? Paul also asserted the since-debunked myth that masks do not help prevent the spread of COVID-19, asking "how do we know what information we're supposed to believe or not?"

In addition to sharing his thoughts about the pandemic, Paul addressed his alleged involvement in a looting at a mall in Scottsdale, Arizona, in late May. (He was ultimately charged with criminal trespassing and unlawful assembly after videos from the incident were posted online, but the charges were dismissed in early August.) "I was merely a reporter ... wanting to capture, document, and record what was happening," Paul said, asserting that he wasn't part of the vandalism that occurred.

"Obviously in hindsight I don't think I should have been there, but I'm a content creator, and at the time I was like, 'Damn, these people are going f*cking apesh*t. This is some great content. I want to show this to the world,'" he said. In August, the FBI conducted a raid on Paul's home in Calabasas while executing a federal search warrant in connection with the looting. He was unable to comment on the incident in his interview with The Daily Beast; a federal investigation is still ongoing.