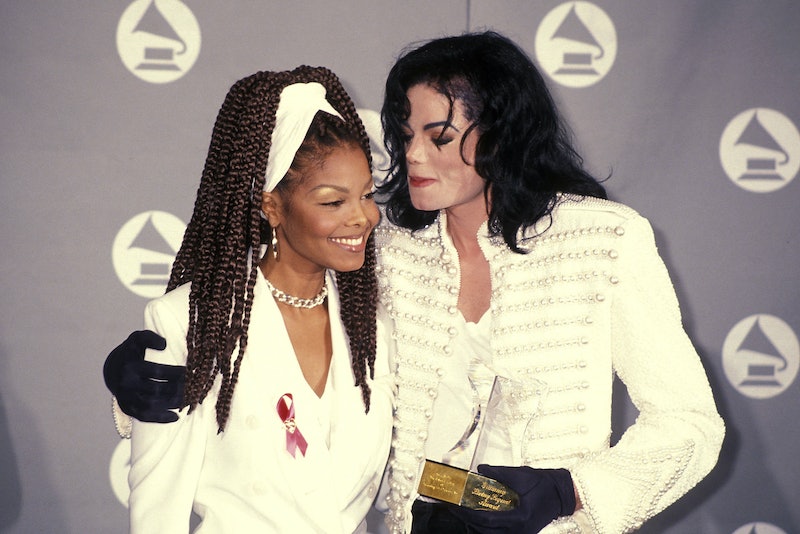 Janet Jackson’s new Lifetime and A&E documentary is set to air in a few days, and according to Page Six, the two-part film will reveal the “darker side” of the pop star’s relationship with her late brother, Michael Jackson. “There were times when Mike used to tease me and call me names,” the “Together Again” singer reportedly confessed in the four-hour documentary, which was filmed over five years. “Pig, horse, slut, or hog, cow.”

“He would laugh about it, and I’d laugh too, but then there was some­where down inside that it would hurt,” Jackson, 55, continued. “When you have somebody say you’re too heavy, it affects you.” But Janet’s body image issues weren’t solely caused by Michael. In the ‘70s, she was cast in the sitcom Good Times, which significantly impacted her self-confidence. “I did Good Times and that’s the beginning of having weight issues and the way I looked at myself,” she said.

Per Page Six, Janet referred to herself as an “emotional eater” whose weight changed throughout her career. “When I get stressed or something is really bothering me, it comforts me,” she said of her complicated relationship with food. Certainly, there was a lot to be stressed about. Simply being a Jackson came with “a great deal of scrutiny,” Janet said. This became particularly infuriating when she would get dragged into her brother’s many scandals and controversies.

“It was frustrating for me,” Janet said, according to Page Six. “We have our own separate lives and even though he’s my brother, that has nothing to do with me.” But Janet found herself between a rock and a hard place. “I wanted to be there for him, to support him as much as I possibly could,” she revealed. Unfortunately, supporting Michael came at a cost, especially amid allegations that the “Thriller” singer sexually abused a 13-year-old boy in 1993.

“When that came out, Coca-Cola said, ‘No, thank you.’ Guilty by association. That’s what they call it, right?” Janet said, referring to one of the gigs she lost for simply being Michael’s sister. Still, she continued to support him, and the two eventually collaborated on the song “Scream.” But when Thriller came out in 1982, their relationship began to sour. “That’s when it all started to change,” Janet recalled. “I remember really loving the Thriller album, but for the first time in my life I felt it was different between us, a shift was happening.”

Janet’s relationship with Michael isn’t the only thing the upcoming documentary will cover. Lifetime and A&E confirmed the film last March on the heels of the Framing Britney Spears documentary, which reignited conversations about Jackson’s wardrobe malfunction while performing with Britney and Justin Timberlake at the 2004 Super Bowl. Per the initial announcement, the film will offer “full, unprecedented access to the music icon” and an “intimate, honest, and unfiltered look” at some of the most personal moments of her life and career.

It’s also worth noting that this is not the only Janet Jackson documentary in recent months. FX and Hulu, together with The New York Times Presents, released a separate film titled Malfunction: The Dressing Down of Janet Jackson, in November of last year, which dove deep into the infamous Super Bowl scandal. The documentary explored the “racial and cultural currents” that made it so that Jackson’s career “was never the same” while Timberlake’s “stardom only grew.”

Janet will premiere on Friday, Jan. 28 on A&E and Lifetime.

More like this
Jameela Jamil Defends Sam Smith After Trolls Body-Shamed Them
By Jake Viswanath
Michael B. Jordan Tackled His "Public Breakup" With Lori Harvey On 'SNL'
By Brad Witter
RHOP’s Robyn Dixon Explained Why Juan Paid For Another Woman's Hotel Room
By Brad Witter
Twitter Is Shook As Tom Brady Holds Back Tears Announcing His 2nd Retirement
By Marina Watts
Get Even More From Bustle — Sign Up For The Newsletter
From hair trends to relationship advice, our daily newsletter has everything you need to sound like a person who’s on TikTok, even if you aren’t.