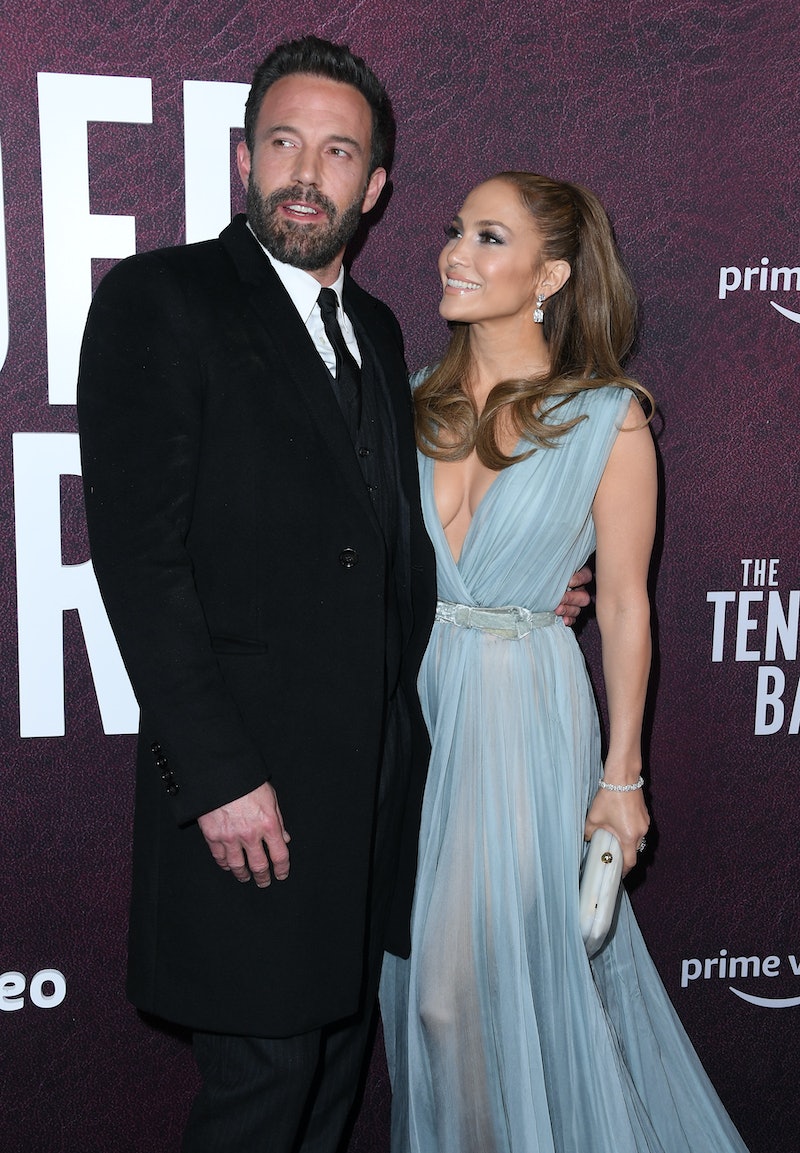 Jennifer Lopez and Ben Affleck’s relationship is so much better the second time around, and it’s all thanks to a little something called privacy. On Feb. 3, J.Lo discussed her film Marry Me on Today, where she revealed that the movie’s plot is “very meta.” In the film, she plays a pop star who’s about to get married in front of an audience. But right before the ceremony, she discovers that her fiancé cheated. In a surprising turn of events, she winds up marrying a stranger from the crowd.

While this isn’t exactly (or at all close to) what happened with Bennifer, the movie is really about “making mistakes and correcting them.” Lopez and Affleck can relate since they’ve recently rekindled their romance roughly 17 years after calling off their engagement. “I think what we learned from the last time is that love, when you are lucky enough to find it, is so sacred and special and you have to hold a little bit of that privately, and that’s what we’ve learned,” the “On The Floor” singer said. “But we’re very happy if that’s what you’re wondering.”

Lopez also said that while life is certainly a journey of ups and downs, you have to do what feels right, and “one day it all kind of makes sense.” It seems to have worked because she and the Justice League actor appear to be stronger and more in love than ever. “Before we kind of put [our relationship] out there and we were naïve and it got a little trampled,” J.Lo said in a recent interview with People, referring to when they first dated from 2002 to 2004. This time around, they were a lot more prepared.

“We both were like, ‘Wow, we’re so happy and we don’t want any of that to come into play again,’” she continued, adding that they’ve both learned many important life lessons since calling it quits in the early aughts. “We’re older now, we’re smarter, we have more experience, we’re at different places in our lives, we have kids now, and we have to be very conscious of those things. We’re so protective because it is such a beautiful time for all of us.”

It’s been a beautiful time for fans, too. In July, Lopez stunned the world when she made Bennifer 2.0 Instagram official with a carousel of photos from her 52nd birthday. The final picture was of her and the Last Dual actor making out on a yacht. Fans inevitably freaked out, and many of them wondered if the duo was intentionally trying to recreate a moment from J.Lo’s “Jenny from the Block” music video. The video was released in 2002 and featured the couple cozying up to each other on a yacht.

“We were just on the boat! There was no recreation!” Lopez told People. “I was lying down. ... It was a trip I like to take for my birthday, but no, we were not intentionally recreating it. I didn’t know there were paparazzi out in the middle of the ocean either!” Still, she thought the theory was “funny” and was grateful for the support of their rekindled romance. “I think we were both very happy that people were happy for us,” she said.

Elsewhere in the interview, Lopez described her relationship with the 49-year-old Gone Girl actor as “beautiful” and said that it “feels very different than it was years ago.” “There’s more of an appreciation and a celebration for it, which is nice,” she said. She also thinks their relationship is successful now because of how much they’ve grown as individuals over the past two decades.

“It was, ‘Oh wow, we’re not used to this and it’s really beautiful.’ But also we’re at a different point in our lives and who we were then and what we’ve done in our lives since then,” the Maid in Manhattan star said. “I think people know [now] that we’re artists who are going to be around for a long time and that’s nice and they appreciate that and respect that. I feel that and I appreciate that too.”