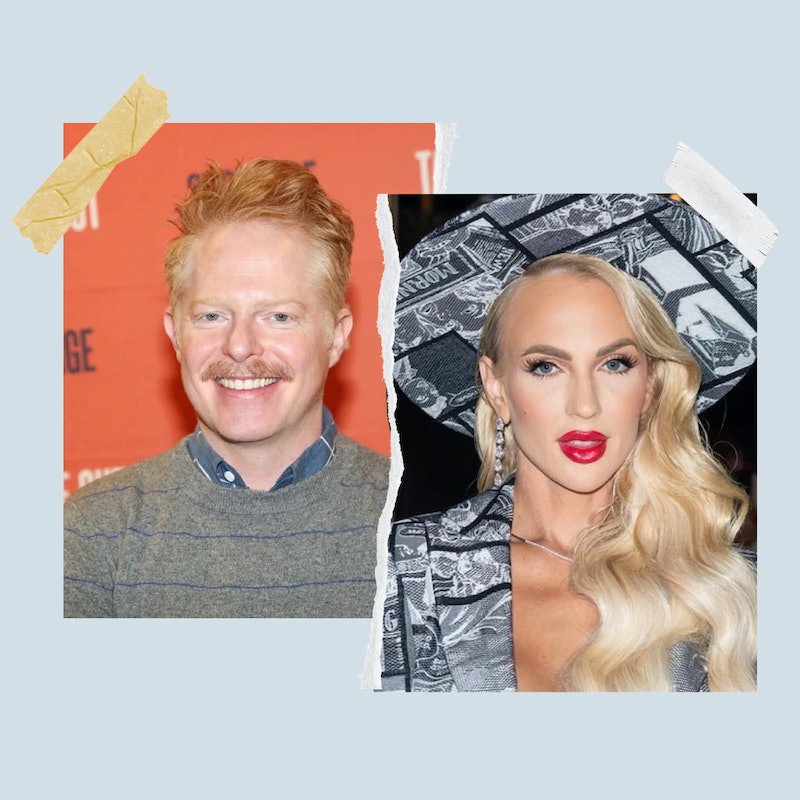 Jesse Tyler Ferguson wants you to know he’s just fine, thank you very much. The Modern Family star made a surprise cameo on the fourth season of Netflix reality show Selling Sunset, which premiered on Nov. 24. Ferguson was attending the extravagant, jungle-themed baby shower of Christine Quinn, one of the show’s breakout stars. But some fans thought — or simply joked — that he appeared on the show because it was the only work he could get.

After spotting Ferguson on the new season’s second episode, complete with his own title card, viewers were concerned about his guest appearance, with many Twitter users wondering how he was connected to Quinn in the first place (or if he was forced to go). Some fans also voiced concerns about the state of his career, worrying that he wasn’t able to land any jobs after Modern Family ended in April 2020. “He’s either doing poorly post-Modern Family or he was just hella bored post-pandemic and craved ANY social interaction,” user @AZTVChick tweeted.

Ferguson was both tickled and annoyed by the reactions. He reacted to the social media chaos and reassured fans that he was doing better than ever. “I just did a quick search of my name on Twitter & I’m LOLing at the unanimous confusion about this,” he wrote. “I’m doing great & staying busy post MF but thank you for checking in on me!”

Quinn has not weighed in on the situation, and neither of them have clarified how they know each other. It’s safe to assume that the two are friends, or at least friendly enough for Ferguson to go to her baby shower. But contrary to what viewers may believe, it doesn’t look like Quinn is Ferguson’s real estate agent, at least at the moment. Jennifer Akbari of Compass handled the recent sale of Ferguson’s Los Feliz estate, which was sold to Leonardo DiCaprio in May 2021.

Regardless of their friendship status, viewers shouldn’t be surprised to see an A-lister on Selling Sunset. Celebrities like Simu Liu, Taye Diggs, and fellow Netflix star Karamo Brown have all made appearances on the show while in search of their next home. Ferguson was far from the most unexpected guest at her shower. As reported by PEOPLE, Quinn had a sloth and a scarlet macaw — which were “safely displayed and perched at a distance with their own dedicated handlers,” according to the agent.

Ferguson was also seen in the audience of Adele’s One Night Only concert special, which aired on CBS on Nov. 14 . Clearly, his appearance on Selling Sunset isn’t a good indication of his career prospects. Ferguson just knows where the good parties are.

More like this
Brittany Snow Files For Divorce From Tyler Stanaland After 'Selling The OC' Drama
By Grace Wehniainen and Radhika Menon
Everything To Know About 'The Real Housewives Ultimate Girls Trip' Season 4
By Jake Viswanath
Andy Cohen Apologized To Larsa Pippen After A 'RHOM' Season 5 Reunion Dust-Up
By Brad Witter
'Bling Empire: New York’ Star Tina Leung Has A Superhero Alter-Ego
By Alyssa Lapid
Get Even More From Bustle — Sign Up For The Newsletter
From hair trends to relationship advice, our daily newsletter has everything you need to sound like a person who’s on TikTok, even if you aren’t.