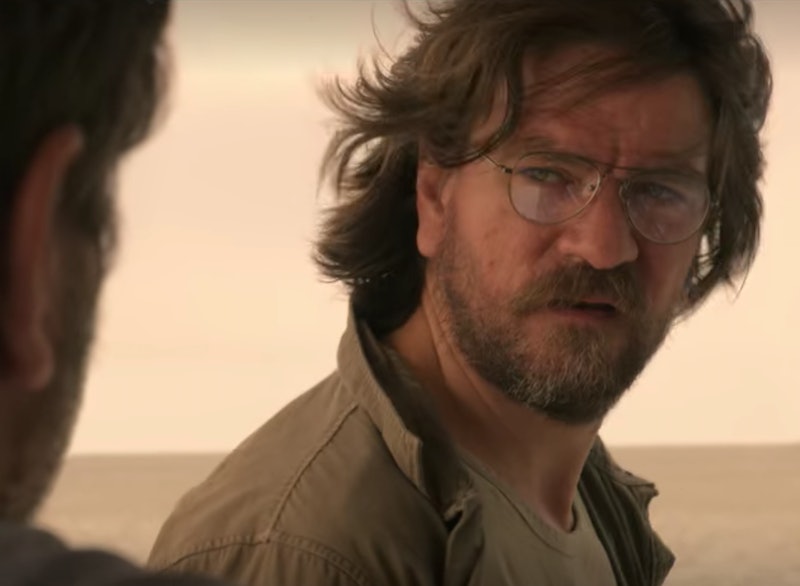 Spoilers ahead for Outer Banks Season 2. Since the beginning of Outer Banks, John B has been led to believe that his father, Big John, is dead. His disappearance nine months before the start of the show is what set off the Pogues’ hunt for the Royal Merchant’s gold, and though John B initially believed his dad was still out there somewhere, he learned throughout the course of Season 1 that Ward attacked Big John and threw him overboard, leaving him for dead. Unbeknownst to Ward, Big John survived and washed up on a nearby island, but it was implied that he eventually succumbed to his injuries after inscribing the clue of “Redfield” for John B on a compass. Season 2 reveals a different story.

In the final moments of the season, Carla Limbrey goes to Bridgeport, Barbados to meet a mysterious figure...who turns out to be a very much still alive Big John. It’s unclear how Big John knows Limbrey — other than that they both individually worked with and were betrayed by Ward — but he tells her that he knows where to find the mythical “shroud” Limbrey believes will heal her physical disability. He says he’ll tell her where it is, but first, she has to help John B — who, by the end of the season, is marooned on an island in the Caribbean with the rest of the Pogues.

Series creators Josh Pate, Jonah Pate, and Shannon Burke tell Bustle that bringing back Big John was always a card they knew they could play, but that, “It was kind of a question of, well, are we going to go there? And if we do, when would we do it?” Josh explains. While writing Season 2, they realized it would be a great cliffhanger and got excited about “all the doors it opened up for father-son stories” in future seasons, Burke adds.

Viewers may recall that in Season 1, Scooter Grubbs seemingly found Big John’s remains on the island he washed up on. The team says that there aren’t any obvious clues that this was a misdirect — or any other Easter eggs that Big John was alive — but they “[do have] an answer” to how he survived that will be explained in Season 3. Jonah adds that Big John’s connection to Limbrey will also be revealed in Season 3, should the show be renewed. And now that we know Big John is alive, the significance of the Royal Merchant gold and the Cross of Santo Domingo will “tie into an even bigger mythology,” Josh teases.

With Limbrey’s search for the shroud, it seems like Outer Banks is starting to potentially lean into a more supernatural direction, a la Indiana Jones and Tomb Raider. “[Outer Banks’ mythology] is a big onion and we just keep rolling through the layers,” Jonah says. “We're just a couple of layers in.”