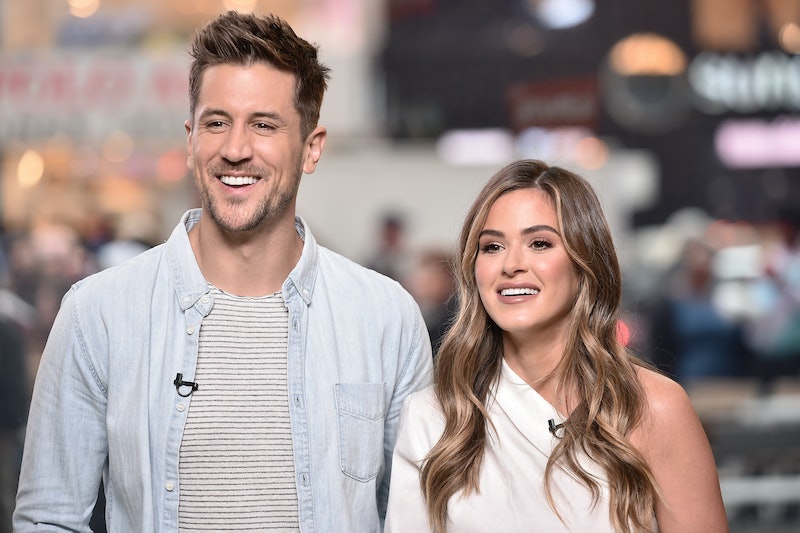 Six years after their Bachelorette season aired, JoJo Fletcher and Jordan Rodgers have officially joined the small but happy pantheon of married Bachelor Nation couples. The pair revealed to People that their wedding took place on Saturday, May 14 — just two days after they celebrated their six-year anniversary. “It feels so good! It took a while to get here but it was all so worth it,” Fletcher told the magazine. “We are FINALLY married!!! Can’t wait to start this next chapter of our life together.”

Fletcher and Rodgers held the “intimate” ceremony at Sunstone Winery in Santa Ynez, California. (Incidentally, they’re not the only Bachelorette couple to revel in the winery’s natural beauty — Becca Kufrin and Garrett Yrigoyen also visited during their engagement, according to Santa Barbara Wine Country Tours.) For the vibe, Fletcher said, the couple wanted something “traditional in a sense, but also playful and fun and unique.”

The couple’s journey to the altar was a long, twisty one — and not just because the public health situation interrupted their wedding plans two years in a row. In the early days of their engagement, they both had concerns about a shared future. “There were so many reasons why we thought we should not be together,” Fletcher told Us Weekly last year. “I think, subconsciously for me, and for him, there was this pressure, not only from people that watch the show but, like, our family and our friends.”

Ultimately, of course, they worked through that pressure — and Rodgers even proposed for a second time in 2019, just to make things stick. “I always wanted to re-propose, with no cameras, no producers, no drama...just us,” the TV host wrote at the time. “Our first engagement was so real, and meant so much to us both, but as we start to actually plan our wedding for next year I wanted to do it all over again, OUR WAY!”

Rodgers bought a new ring for the occasion and he came up with a plan that “almost fell apart multiple times.” Still, he found it even easier than it was before. “The first time around I fell in love with a lot of what you all love about JoJo,” Rodgers added. “But this time around I got on one knee and vowed to honor and protect her heart, which is the greatest part of her.”

Fletcher returned the praise to People, too. “It sounds cliché, but I really am marrying my best friend,” she said. “Everything that’s happened in our relationship has only made us stronger. And we just feel so lucky.”

More like this
‘The Bachelorette’s Michelle Young & Nayte Olukoya Explained Their Breakup
By Stephanie Topacio Long
Which RHODubai Housewife Has The Biggest Net Worth?
By Hugh McIntyre
Kim Kardashian Reveals The First Text She Sent To Pete Davidson
By Jake Viswanath
Pete Davidson Pops Up In This Hidden Scene From The Kardashians Season Finale
By Jake Viswanath
Get Even More From Bustle — Sign Up For The Newsletter