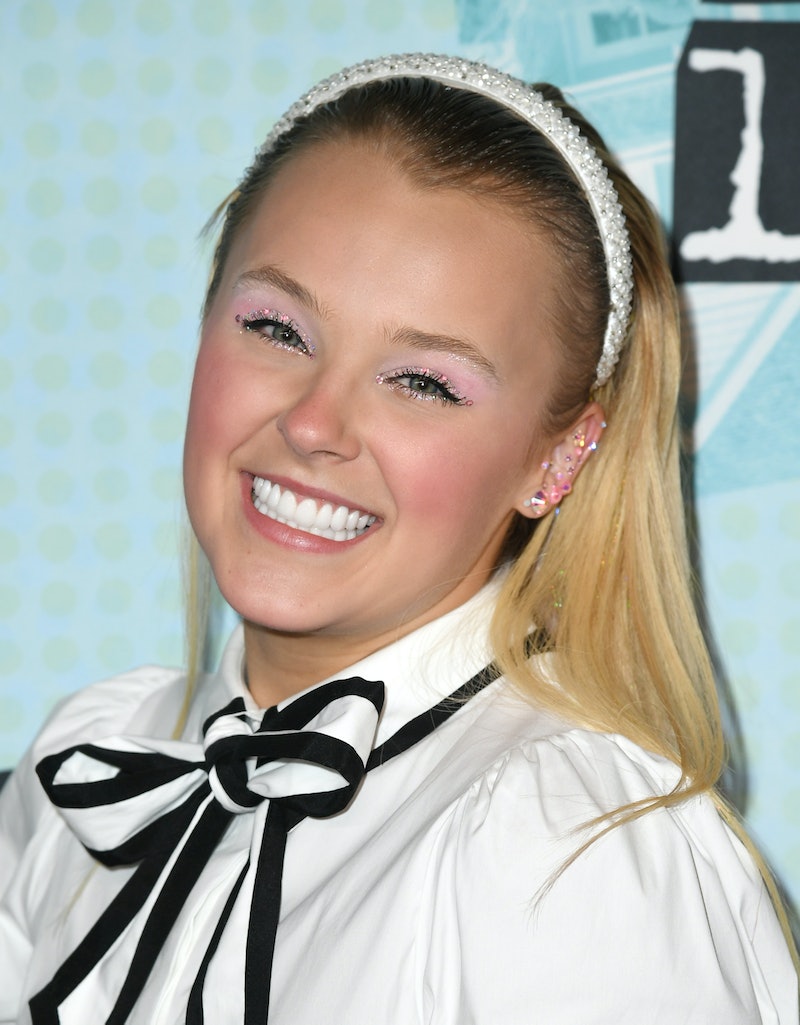 In the year-plus since JoJo Siwa came out as gay, she’s embraced her opportunity to be a voice for LGBTQ+ communities. “Truthfully I feel like I was put on this earth to be a role model for kids, and letting all the kids of the world know that loving everyone for who they are no matter what is something that I will always believe in and always share,” she wrote on Jan. 22, exactly one year after she first told the world she was gay. Now, she’s still doing her part, most recently by sharing her “gay awakening story” on TikTok.

Siwa got candid about how she realized she was gay as part of the “One Thing About Me” trend, per BuzzFeed. Using the beat of Nicki Minaj’s “Super Freak,” she told the tale. It started with her at 12, listening to Demi Lovato’s “Cool for the Summer” on repeat. “I really, really liked it and listened to it all the time,” the Dance Moms alum recalled, attempting to stay on beat. “I did not know what it meant back then, but now that I’m much older and I understand it, I know what it means!”

From there, the story jumped forward “a few years,” to when she saw Jenna Dewan on Lip Sync Battle. (The episode aired in 2016, with the Step Up star competing against Channing Tatum, her then-husband.) Dewan memorably recreated Tatum’s Magic Mike performance to Ginuwine’s “Pony,” and Siwa was blown away. “I pretty much watched it every day… little me, she didn’t know she was gay,” she said in her TikTok.

It wasn’t till “a couple years later” that the realization came. In the last part of her story, Siwa recalled going on her first date with an unnamed man. She said he “wanted to have sex,” and they weren’t at all on the same page. “Did not want to, never wanted to, grossed out by the thought of it,” she explained. “Immediately knew: Men are not my thing; women are my gig. Gotta go.”

And that was the whole story — one that had a lot of relatable parts for some of Siwa’s fans. “Cool for the summer was really everyone’s gay awakening,” one commented. Another wrote, “NO STOP I LITERALLY HAD MY AWAKENING TO COOL FOR THE SUMMER BY DEMI LOVATO.” Still another person added, “i’m laughing out loud and yes i feel u.” Put simply by another fan, it was “relatable.”

There were a lot of Jenna Dewan fans that felt seen, too. “Omg I was OBSESSED with Jenna Dewan’s Magic Mike Dance,” one commented. Someone else added that the video is fire, “straight or not,” and others copped to their own repeat viewings of the performance.

The story soon caught the attention of Dewan herself. The Come Dance with Me judge later responded on Instagram, posting a video showing her reaction to the TikTok with the caption, “Aw Jojo….! I have never been more honored.”

Beyond being an interesting walk down memory lane for fans, Siwa’s “One Thing About Me” TikTok was another example of the star showing that it’s OK to embrace who you are. “I am most unapologetic about who I am, about who I love, about what I think, what I feel,” she told Yahoo Life in July. “I’m just now realizing that, like, I don’t need other people’s approval to cut my hair; other people’s approval to love who I want. I need my approval, and that sometimes is the hardest one to get.”

More like this
"Lavender Haze" Star Laith Ashley Breaks Down Filming With Taylor Swift
By Jake Viswanath
Kim Petras Just Made Grammy History
By Jake Viswanath
Jameela Jamil Defends Sam Smith After Trolls Body-Shamed Them
By Jake Viswanath
Gen Z Are Twice As Likely To Identify As Queer, According To New Data
By Sam Ramsden
Get Even More From Bustle — Sign Up For The Newsletter
From hair trends to relationship advice, our daily newsletter has everything you need to sound like a person who’s on TikTok, even if you aren’t.